On Friday, the Los Angeles based duo YVR released their newest single, a tune entitled “Pay.” Consisting of married couple Courtney and Stephen Stahl, YVR specializes in anthemic pop writing that is prime for Top 40 action, and “Pay” is no exception.

With a slithering guitar part, Courtney’s glossy voice and an undeniably catchy hook, “Pay” is the kind of song that can get stuck in your head so badly that you may need to go see a doctor to figure out how to get it out. Which makes sense considering the amount of combined writing experience the Stahls have.

Originally meeting in a writing session, the couple has contributed to songs for artists around the world. Courtney has written for major K-Pop acts such as EXO, Red Velvet, Twice, I.O.I and Amber Liu. Stephen has worked with artists such as Chris Daughtry, Morgan Page, Bella Thorne, Taeyeon, E-Girls, Blasterjaxx and many more.

“Songwriting for me has become very personal over the years,” Courtney told American Songwriter. “Stephen and I have the best songwriting chemistry of anyone I’ve worked with. Usually, I will start with the lyrics and form a melody out of them. Melody and lyrics are both equally as important and I don’t stop writing and re-writing until both feel completely cohesive. I have always pushed myself to the very limit to be as honest with myself and others as possible in my storytelling and lyricism. Authenticity is very important to me. There is always a strong emphasis on the hook for us. We feel like once we have a strong hook, the song begins to write itself.”

The chemistry between the two is evident in everything they do, which is part of what makes YVR so appealing. Whereas most pop acts become larger than life entities, YVR really is a husband and wife who write their material themselves. It’s as organic as it is exciting, as authentic as it is catchy. Even the name of the band — YVR — comes from the abbreviation for the Vancouver airport, which is where Stephen proposed to Courtney. Now, c’mon, that’s cute. 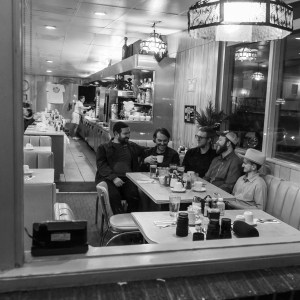 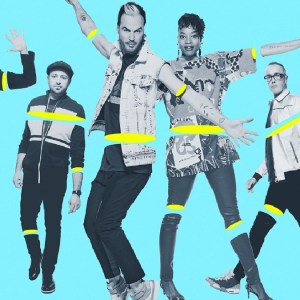