Those interested in learning about Mark Oliver Everett (aka EELS, E, A Man Called E) can fire up a Wikipedia article on his near three decade long career in music, they can spin the 12 previous albums that chronicle the ups and mostly downs of his life, they can also read our recent interview with him.

Everett has never been shy about exposing his personality flaws. This is a guy whose first hit was 1996’s “Novocaine for the Soul” which opened with the joyful words “Life is hard and so am I/You better give me something so I don’t die.” Things haven’t markedly improved since then.

His latest opus is a song cycle of sorts chronicling a relationship that—spoiler alert—doesn’t end well. It’s a rocky ride that starts relatively cheery with the sweet “Anything for Boo” (“Anything for Boo/My love is true”) but devolves quickly into “Who You Say You Are” (“Are you who you say you are/Someone I’ll know for long/Or someone who doesn’t deserve a song”) and then the pissed-off, self-explanatory “Are You  F**king Your Ex?” By the time we get to track eight with “I Got Hurt” where Everett admits “It’s a sore subject I’d rather not address… Got myself carried away/Despite all common sense/How could I be so dense?,” it’s self-flagellation time.

Everett cloaks these feelings in relatively upbeat, if not exactly jovial indie pop. Nothing rocks but that suits the lyrical content. He shares Lou Reed’s approach, especially when talking through “OK” with a dry, smooth/raspy voice that’s genuine and always believable.

Orchestration occasionally appears to underlie the naked feelings (Everett’s 2006 live album was recorded with full orchestral backing) highlighting an existential, musical dread. The songs wander melodically, at times seemingly there only to bolster the story. But the album is so well constructed, produced, sung and played that the listener gets caught up in Everett’s tale of woe, even if they are unlikely to remember any of the melodies after it’s over. And anyone who has been through similar experiences when a love liaison goes sour, may find comfort in knowing he shares those feelings of hopelessness.

The closing “Waking Up” leaves things unsettled. Everett begins the stripped down tune with “I don’t want nobody/I don’t need that shit/Nothing good ever came from any time I did” and ends with the far more reflective and acquiescent “Waking up next to you is all I really want.”

This is to be expected from Everett who has always laid his life out there, warts and all, for everyone to see. Thankfully his musical craft—assisted by backing from Koool G Murder, The Chet and P-Boo, whoever they may be– keeps the self-absorbed journey from getting droopy. With Earth to Dora, Everett adds another emotionally edgy chapter to his artistic and spiritual journey that existing fans will appreciate, even if he still does need Novocaine for the soul. 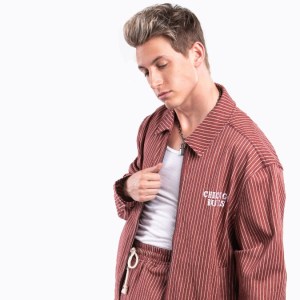 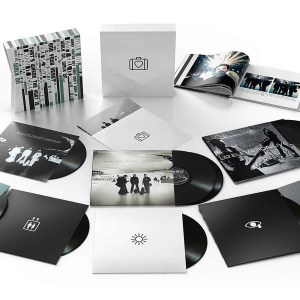