Kane Ritchotte and Malcolm McRae of more wanted to show the world their music was serious, but not too serious. With the release of previous singles “God’s In The Details” and “Settled In,” they have showed their separate identities and ability to write songs in styles from different time periods, and with “Elaborate Attractions” they are revealing their quirky and creative, improvisational side.

The mod-rock fashioned song is steeped in ideas of “nature versus nurture”, guitarist and vocalist Malcolm McRae told American Songwriter.

“It’s about something passed down. It asks the question ‘will I be able to escape something that my father couldn’t”’ he said.

McRae wrote the lyrics that reference author Joseph Campbell while working as a paralegal in Pasadena, California. Often distracted from his job duties, McRae would secretly jot down lyrics in his notebook while at his desk, and when the looming eyes of his boss would pass by, he would quickly divert his attention to his computer, putting up the façade of doing research.

The music portion for “Elaborate Attractions” was sewn together with McRae’s lyrics at Ritchotte’s place. The song was then given new life in the studio when the two began recording it and since the duo was itching to bring some craft back into songwriting, they reached out to producer Tony Berg, who they knew would help them achieve that. After Ritchotte courageously and shamelessly cold-called Berg to initiate the collaboration, the three began working on a set of EPs together, the first of which is available today, and the second is slated for later this year.

Formed just a few years ago in Los Angeles and now currently in the beginnings of their band debut, McRae said the pair is setting out to make music that is accessible, ambitious and experimental and have found significant inspiration for their songwriting revival vision in the likes of timeless writers like John Lennon, while instilling a bit of the theatrical flair from David Bowie.

“Lyrically, Lennon is the perfect blend of poetic, conversational and clever,” McRae said. “But he’s also unexpected- something like ‘strawberry fields forever’, I don’t know if he even knew what he was doing, but he had a fantastic ear.”

When it was time to craft a visual for more’s “Elaborate Attractions,” a song they describe as sonically heavier than others, they looked to real life for a template.  Since the song referenced Joseph Campbell, the duo wanted to incorporate that somehow, but they weren’t sure how, until they were sent on a rather long adventure with the very tedious task of collecting lemons. And by the grace of art, they took the most mundane occurrence and correlated it to one of the best stories ever written.

“We were at Kane’s mothers place one day and she asked us to go get some lemons and it was during coronavirus so we didn’t want to go to the store, so we walked around the neighborhood and found lemons from a yard and it took hours,” McRae explained. “So, when we were coming up with the concept for the video, we thought it would be fun, because the lyrics reference Joseph Campbell, to include mythology and do our own kind of version of The Hero’s Journey. But we were the characters, who were actually anti-heroes, because our task of finding lemons was so meaningless.”

What came out of their unique vision was a truly artistic video with brilliant and dynamic camera angles and shots, taken from the streets and landscapes of Hollywood’s Beechwood neighborhood, following the pair on their epic journey. Directed by McRae’s brother, Keene who brought in a wide-angle camera, to create interesting images and fish-bowl shots, added to originality to the video and concept. With such a great story, theme and iconic neighborhood as their playground, “everything was an option,” McRae explained.

With “Elaborate Attractions’” modern-appeal to rock music and draw on classic songwriting, more cements themselves with a swift, impressive introduction into the rock scene in Los Angeles. And in unison, they present listeners with their first EP release, simply titled 1/2 today. The second EP is currently in the works for later this year. 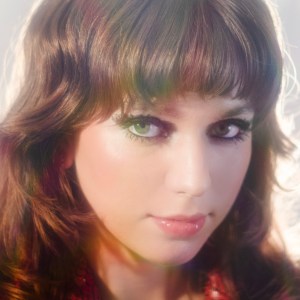 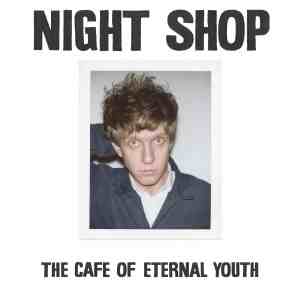