TATYANA’s debut EP, Shadow on the Wall, is an underground gem—and when I say underground, I literally mean subterranean.

“I wrote this EP in my little basement studio by myself,” the London musician tells American Songwriter. “It was a very insular and hermetic process—just making beats feverishly into the night and obsessing over my feelings. It’s an encapsulation of a certain time—a period where I was just beginning to understand my sound, what I wanted to say, and what my process of creating was.”

“This EP feels very raw and heartfelt to me,” she says. “Perhaps that’s why I chose to use so much auto-tune on the vocals—to give myself some distance. It came together very quickly, and most of the songs were written and produced in about a day or two.”

TATYANA has cited James Blake, Grimes, and Kimbra as significant influences. “They are all self-produced artists which I think we will be seeing more and more of now,” she said in 2017. “It’s become increasingly easy to make music in your bedroom. I love having total control of my output and being able to create something exactly how I hear it in my head.”

We asked TATYANA to tell us the story behind each track of Shadow on the Wall. Check out her responses and listen to the EP below.

Wild Card
When I was a kid/teen I spent most of my summers in a tiny village about 500km outside of Moscow. It’s super rural and truly in the middle of nowhere. So I wrote this song imagining what it might be like to grow up in a place like that. The first verse sets the scene: “in the summer we go, swimming in the river, drinking juice and liquor.”

In my head I was writing this song to an imaginary lover—someone I could escape this place with. So the chorus deals with that feeling of wanting to make something of yourself, move to the big city or whatever—but still holding onto where you come from: “I hope we don’t forget, we never have to be like them.” It’s about first love in whatever context that may be—a person, a place, a feeling.

Over Again
“Over Again” is an interesting track. I wanted to break out from standard pop form song structure, and create a mood rather than a narrative. There’s no chorus and it’s quite a rudderless track—very repetitive. Certain lines get repeated many times like “over and over” and “as you did before.” It’s still quite conversational as a lot of my writing is, but this song is more of a metaphor for the cyclical pattern of thinking you can get stuck in after a break up. You end up going over the same one idea—in this case, “could you love me again?” Writing this song really helped me move on from a past relationship because it bottled that feeling up and allowed it to exist outside of me.

Need 2 Know
One of the reasons I write songs is to communicate feelings I can’t express to a particular person—even if the song ends up being about something totally different. It really helps having a muse or inspiration to get into my flow. In a way this song is about that very process. It starts off with “it’s on the tip of my tongue, on the edge of my breath, all the words I can’t say to you yet,” [which] kinda sums up [the song]!

OOT
My favourite songs tend to come out all in one go, and this song is basically a freestyle. The vocal on the track is actually the first and only take. My favourite line in this is “focus is the only thing I want.” I’ve had to learn how to balance my romantic life with my first love—making music—and I guess this song is about that. I get really bored by people trying to play games or waste my time, because there’s so many things I want to make and create so if you’re going to be a distraction then boy bye! The chorus is a mantra of sorts: “only one time, you gotta make it right, do everything you like.” Basically, live life on your own terms [because] it only happens once!

Shadow on the Wall
This song is so cute. It’s the first song I wrote for this project, which is why I named the EP after it. It’s a digital love letter; a kiss-me-through-the-phone style song. Our relationships with people in the modern digital age have morphed into these phantom-like fantasies, where without that eye-to-eye, face-to-face human contact, you can imagine all sorts of things about a person [and] project all sorts of things. This song is an acknowledgment of that phenomenon but still very much lost in the yearning and desire to be near someone in the flesh.

“Shadow on the Wall” is out now via Sinderlyn. 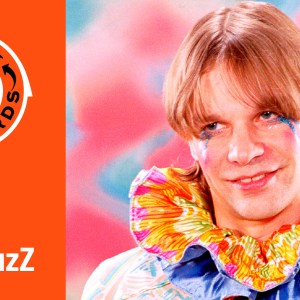 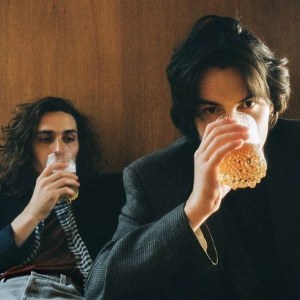