Recorded at the dawn of 1969 at American Sound Studios, From Elvis In Memphis is considered one of Elvis’s very best records, if not the best. 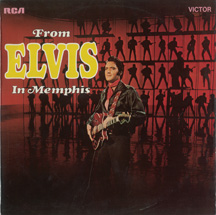 From Elvis in Memphis

Recorded at the dawn of 1969 at American Sound Studios, From Elvis In Memphis is considered one of Elvis’s very best records, if not the best. It was his first non-soundtrack album in six years, and followed on the heels of the King’s triumphant NBC comeback special that brought his career out of the doldrums.

The reissue contains remastered versions of every track to come out of the storied sessions. Elvis poured all of his passions into each cut, including the #3 hit “In the Ghetto,” the story of “a hungry little boy with a runny nose” who turns to a life of crime, written by Mac Davis. An ace backing band and inspired production by Memphis legend Chip Moman helped set the stage for Presley’s return to glory, 34 albums into his career. Country, blues, and soul are the predominant styles here. The raw-voiced opener “Wearin’ that Loved On Look” (a somewhat risqué image from the King) announces a departure from Presley’s smooth-voiced crooner role from the movies. Elsewhere, he puts his back into Jerry Butler’s 1968 r&b hit “Only the Strong Survive” and the classic country songs “I’ll Hold You in My Heart” and “I’m Movin’ On,” a No. 1 hit for Hank Snow in 1950. His pitch-perfect cover of Burt Bacharach’s “Any Day Now” is an attempt to get with the times. The first disc of the reissue also includes covers of “I’ll Be There” and The Beatles’ “Hey Jude,” well worth a listen for any Elvis fan.

The songs are quirkier on disc two, which offers ten tracks that didn’t make the LP. “Like my dad, there’s a dream in my brain,” Presley sings on the melodramatic “Inherit the Wind,” written by Eddie Rabbitt, “In the morning I’ll have to leave again. That’s how it is when you inherit the wind.” The bitter blues “Stranger in My Own Hometown,” which concerns “so-called friends who stop being friendly,” gets to the heart of Elvis’ pain, and he gives it all he has on the country classic “From a Jack to a King.” The lead guitar mimics a sitar on “You Think of Me,” a subtle reminder of the year in which it was cut. Audiophiles will appreciate the 10 bonus mono singles that come with disc two, including non-album tracks like “Kentucky Rain,” and “Mama Like the Roses.” The Memphis sessions also produced the unforgettable “Suspicious Minds” (included here), which would be released as a single that summer, and gave Presley the last chart-topping hit of his lifetime. 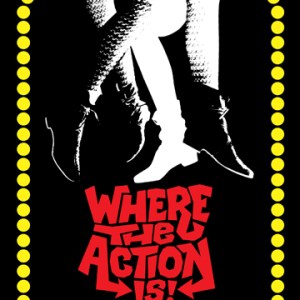