Today (October 7), famed rock and roll frontman, Alice Cooper, has released a new Audible Original, Who I Really Am: Diary of a Vampire. (Check out this clip!) In the Audible project, the 73-year-old, Detroit-born Cooper details his life from beginning to now. Inside are stories about his famous band, meeting the Beatles, and much more.

We caught up with Cooper to ask him what it was like to put the Audible project together, what the project brought out of him emotionally, what through-lines he discovered, and ultimately, what does the stage—a place where he’s spent so much time—mean to him, today. Earlier this year, Cooper released his latest LP, Detroit Stories.

American Songwriter: You have a new Audible Original out today. And part of having a book out means you’re examining who you are and your life. So, I wonder, what emotions did you feel as you were doing so? And did anything feel extreme in a way that made you cry or laugh out loud?

Alice Cooper: Mostly laughing. You know, I’m a very optimistic person. The mistakes I did make in my life, I had to laugh about. Nobody, when they start out in a rock band, goes, ‘okay, we all go like this, we all go, okay I want a No. 1 record, I want to be the best band in the world, I want a big mansion, I want to marry a beautiful girl, I want to be an alcoholic…’ wait a minute! Back up.

But I had to deal with those addictions later on. It’s just one of those things where you’re blindsided by it. So, most of it was laughing. Going back and thinking about all the people I met and the situations I was in and meeting people like Elvis and the Beatles and Sinatra. They were all great stories because it was something you’d never thought you would do.

AS: I appreciate you saying all that, Alice. That stuff’s in my family too. My brother died of alcoholism and it affected my dad and my life, as well. I guess I wonder if I can ask, how did you get out? You have to look in the mirror, which is hard for a vampire.

AS: How did you get out of the addiction, was it hitting rock bottom, like, ten times?

AC: Yeah, I pretty much hit the rock bottom. I got to a point where I was so wrapped up in it. I got up one morning and I threw up blood. And that’s fine on stage. But in a Holiday Inn hotel room, it’s not so fine. So, I went into the hospital and all my friends pretty much had all died. I mean, Jimi Hendrix and Jim Morrison and Janis Joplin. I mean, it goes down the list of people that I used to drink and get high with and they were all dead at 27.

I was on and on and on and I was headed that way. The funny thing with me was this: I never was drunk, I was always on a golden buzz. I never missed a show, I knew all the lyrics. If I was acting, I knew all my lines. So, I was in a dangerous position because nobody could tell that the alcohol was affecting me. But it was affecting me internally. So, what happened was, I went into the hospital and I had a lot of powerful people praying for me.

And when I came out of the hospital, I never had another desire to drink or take a drug. People go, ‘well then you’re cured.’ And I go, ‘no, I was healed.’ It was much more of a spiritual thing than just cured. Because if I was just cured, I would fall back into it. But I really never had another desire to ever have a drink or to ever take another drug. Even the doctor says that’s miraculous. And I went, “Well, what do you expect? That’s what God does!”

AS: Since you brought up Jimi, may I ask, were there ever any moments in a hotel room where you two were just strumming a guitar or shooting the shit? I’d love to hear a story about that, if possible?

AC: Oh yeah! Well, there was one moment where we were sitting there in a Holiday Inn, his band and my band, and they had just done a show and they invited us over to the hotel and we’re sitting there and he hands me a funny-looking little cigarette. And he says, “Here, try this man!” And so, of course, I took my first hit of marijuana.

And [Laughs] we’re sitting—it’s the old-time Holiday Inn, right? So, he puts a quarter in the machine that makes the bed vibrate. We’re sitting there and he goes, “We’re in a spaceship, man!” And I went, “We are? Okay!” Jimi and I got along really well. He introduced us to Shep, our manager. And Jimi did play a pretty good part in Alice Cooper getting to where we were.

AS: What was it like to actually make an Audio project?

AC: Yeah, we had to listen to it, you know? I was driving to Las Vegas, and we listened to the whole thing on the way in and I found myself laughing. I did, at two or three different things, things that you forgot you said on the thing. They came out really funny.

It’s sort of like when you make a record and you don’t listen to the tracks for a month or so and then you go back and listen to the tracks, and you go, “Oh, that’s really good.” Or, “What was I thinking there, that doesn’t work.” I forgot what I had said, so it affected me much more in a positive way than anything else.

AS: You’re famous for being a “villain” of rock and roll. Through these conversations, I know you to be a very kind, generous person. So, what has it been like to be this dichotomous entity, to be a villain for so many years on stage?

AC: I totally enjoy it. I can see why—I’ve met Vincent Price and I’ve met Christopher Lee and I met all these guys that were the great villains and great horror characters and they were always the funniest, nicest guys. I got it. I went, okay, I get it. You play the villain but you don’t have to be the villain.

Sometimes if you’re totally opposite of that character, which I could not be more opposite from Alice Cooper. I mean, he’s arrogant and he’s condescending and he stands straight up and he looks you in the eye and he says exactly what he’s going to say, and he kind of looks down on everybody. But that makes him a bit comical. Because if he does slip on a banana peel, it makes that even funnier.

AS: Can we talk briefly about the power of the stage? The stage is a special place and you’re special on it. What does the stage mean to you, what does its power mean to you?

AC: It’s the funniest thing with me. I feel more comfortable on stage than I do off stage. When I get on stage, I feel like I’m at home. I think it’s because of how many years of touring, 55-60 years of being on that stage. I feel when I get up there on stage, that’s when I’m really alive. When I can really be an artist. I used to paint and I used to do that but you don’t get any reaction from paintings.

AS: Last question for you: looking back at your life, what seemed to be the biggest thread that tied everything together? Was it rebellion, love, music, friends, taking risks?

AC: I think it was an appreciation for the absurdity. I mean, I love the music. But I always thought—there’s a movie called Hellzapoppin’ by Ole Olsen and Chic Johnson, 1941, where everything could happen in this movie, and it did. They broke the fourth wall, that whole thing. And I was so affected by that movie.

I took that and I said, if I can make that come alive in a rock and roll stage—so, anything can happen on an Alice Cooper stage. There’s never a moment where we go, ”oh, well, that couldn’t have happened.” We go, “of course that could happen. It’s our stage.” So, I really grew a fond appreciation for the absurdity of things. But you put that together with really good rock and roll and it’s going to be pretty fun to watch.

AS: Thank you, Alice. It’s been a pleasure. I wish you all the best. Take care.

AC: Thanks a lot, man. Get your shot. 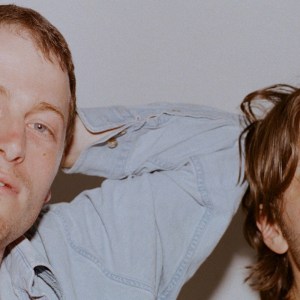 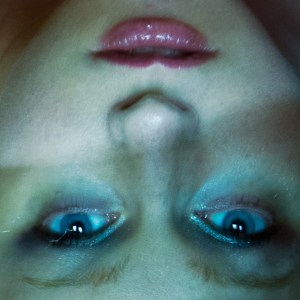