Under the musical moniker IAMEVE, Tiff Randol pens and performs epic songs that ooze with spacey surrealism. Throughout her career, the singer/songwriter has leaned into her natural affinity for expansive soundscapes and, as a result, caught the attention of many filmmakers. One such instance was when her song, “To Feel Alive,” was used in the Percy Jackson: Sea of Monsters movie.

“Writing for film and TV has just been such an easy fit. I love getting caught up in the stories being told and imagining the experience of the characters and creating music for them,” Randol tells American Songwriter.

Recently, Randol has continued to follow her inspiration down various creative rabbit holes which lead to the genesis of a new EP titled Archetype. The EP is set for an October 22 release. Ahead of this release, American Songwriter caught up with the artist to ask about “Raindrops,” her latest release off of the forthcoming EP.

“The day I wrote this was an interesting one because it had been uncharacteristically pouring rain for three days in Los Angeles,” Randol begins.

“I had been struggling with writer’s block and feeling stifled by traditional song structure. It was a real low for me to feel unable to write, but I just didn’t want to go about my usual methods and felt this incredible desire to break out of my box,” she continues. “It’s a tough thing to not know how to move forward, but I keep learning over and over again to just be patient and things will move when they are ready. That’s what happened with ‘Raindrops.’

“The rain put me in this trance, I started looping some music in the studio and something just clicked. Taking the agenda out of the songwriting really allowed the space for this one to just unfold and it was such a pleasure to just capture the moment,” Randol states.

This moment that Randol captured is one that she hopes her listeners can listen to and feel a sense of relief. “Raindrops” effectively serves as an escape from the day-to-day drudgery and transports you into a different world.

“To me, IAMEVE is all about creating a world full of magic and mystery that takes the listener to another place,” Randol says. “What that sounds like depends on what the song calls for, but I do love pulling inspiration from rhythms around the world and often tend towards darker sounds that almost have a bit of industrial grind to offset the more ethereal, otherworldly feeling of IAMEVE. I love finding raw real-world samples to build beats and textures and have always felt the sound as if weaving a musical fabric.”

Outside of her upcoming EP, Randol has been developing a Fulldome film and VR pieces for later this year in addition to being the co-founder of Mamas in Music, an organization that supports mothers who are balancing their music career and their family. “Our goal is to amplify the voices of mamas, create a thriving community, provide resources and opportunity, and to push for changes in the industry in partnership with other music organizations that will disrupt old, unhealthy stereotypes and working environments,” Randol concludes.

Listen to IAMEVE’s “Raindrops” below. 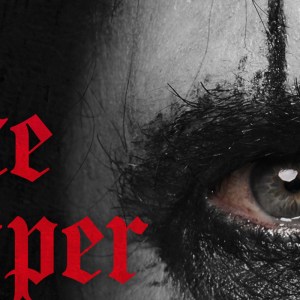 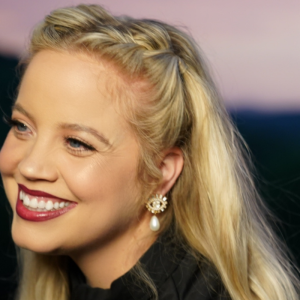