On August 8, 2021, the world saw the star of stage and screen, Jennifer Hudson, become the legendary artist Aretha Franklin in the recently released career-spanning biopic, Respect. Of course, who better to bring Franklin’s life to the silver screen than the beautiful-voiced, supremely skilled Hudson, who, by the way, already boasts an Oscar on her resume (along with an Emmy and Grammys)?

Hudson was a perfect choice. (Not to mention, Franklin chose Hudson herself for the role.) This week, starting November 9, to be exact, fans of Hudson and Franklin can purchase Respect for themselves on Blu-Ray and DVD, each of which contains special behind-the-scenes features like the making of the movie and videos of Hudson’s transformation to become Franklin for the important role.

We caught up with Hudson to ask her about making the movie, why she wanted to take the part, how she thought the movie might impact Franklin’s legacy, and what she loved most about making the film about the Hall of Fame vocalist.

American Songwriter: Why did you want to take the role in this biopic?

Jennifer Hudson: First of all, who wouldn’t want to play the Queen of Soul? If you are a singer, musician, you have been influenced by her. And I’ve always been one of those people. Even my American Idol audition song was “Share Your Love With Me” by Aretha Franklin. So, she’s always been that influence and blueprint. And [especially from] growing up in the church. So, it was a dream of mine to play her. And then later, it became her request herself for me to play her. So, it’s the most personal project.

AS: What was your relationship with her? I don’t know if you two were friends, or not, or even just as a fan?

JH: Well, obviously, it started as a fan. And then once I was, I want to say, eliminated from American Idol, that was my introduction to her. Because she allowed me to open up for her in Merrillville, Indiana. And that was when I got to meet her, I got to open up for her, and watch her perform. And that’s where we formed a relationship. So, from then on, I was blessed to be able to tribute her several times throughout my career and eventually grow my friendship at the time.

AS: Knowing her music and knowing her personally, what was it like for you to embody her?

JH: Oh, wow. You know, it felt like, I don’t even know. But once I was done and I got to visit all the places in real life that we portrayed in the film, I almost felt like déjà vu to a certain extent. The music was always familiar to me and already familiar to me before the film because, again, I’ve always been a fan.

But it took a different perspective when it became, okay, now look at it from an actor’s standpoint and portray her. It was helpful from being able to be in her presence many a time, and also to get a sense of who she was, which as an actor helped me to want to tell her story from an even more personal, careful, and vulnerable place. So, all of those things played a hand in it.

AS: The movie covers so much ground in her life, which was great to see. But I wonder, to hone in on one aspect specifically, how are your voices different and how did you have to maybe adapt to sound like her?

JH: Wow. Well, yeah. I work with a dialect coach and we studied both of our instruments. We discovered that our instruments are built differently but can lend to the same things. Learning her approach and her nuances, and obviously doing concerts of my own, and kind of blending the worlds. For me, it ended up being more so allowing her musical influence that she’s had on me to just shine through.

But while using her nuances and her techniques and approaches of how she would approach her notes or the inflections that we are all so familiar with when we’re listening to her music, you know? To make sure we held onto the context of that.
And most of all keeping her base of her church roots and her gospel roots and her musical elements present through each song. Which mostly was the gospel no matter what genre of music she was singing, the base of the gospel was always there.

JH: The thing that instantly comes to mind is her faith. That’s what helped her get through the pressures. That’s what helps me get through the pressures. And telling stories. And women who are strong powerful figures like that, the faith is the base and that to me was her base. That was something that needed to be present throughout the entire portrayal. For me, that represents her. That was the premise and base of who she is.

AS: There was a lot in the movie that I didn’t know. I wasn’t aware that she worked so closely with her sisters. I didn’t know all the famous people she knew from a young age. I didn’t know about some of the demons she had. So, you showed that to a lot of people. But I wonder how you hope the film will impact her legacy?

JH: Well, when we were filming I said I know we all have respect of Ms. Franklin but by the time we get to the end of this film, I’d like everyone to have a newfound respect for her. When you look at—that’s the power of a biopic, to me. When you get to learn the human [side] of the person, the every day of the person. The backstory behind the life, behind the stage, and the camera, when you get to see the obstacles, the triumphs that legends and icons face and still are able to prevail.

I find that you can’t help but have a newfound respect for it. And then when you see the cost. What it cost them to be able to prevail and succeed, I know I walked away with newfound respect, so that’s what I’m hoping the takeaway is. And also I want to say, it wasn’t until Aretha Franklin owned her voice that we got our Queen of Soul. So, if we all took the time to own our voices and all of that, then what king and queen is under there?

AS: What do you love most about the time you spent making the film?

JH: Oh my gosh, you know what? The entire production. The entire cast, from Liesl [Tommy] the director, Tracey [Scott Wilson] the writer, the DP down all the way to hair and makeup and extras, everybody was there on one accord and out of love and respect for Ms. Aretha Franklin. The energy on the set was infectious and there was not a day we all came in drained or tired or ready to go home. We knew what we were there to do and it was in honor of Ms. Franklin. And so we all wanted to honor that. Everybody put their hearts into it and I think that’s one of the most memorable things. All the music was live. So, it felt like a concert. It felt like it was church. It was authentic and I feel like that’s what she deserved. That’s the best way we’re going to portray her.

AS: Some scenes were really super great, including the first Muscle Shoals recording session. I guess, to ask just one more, was there a night that you laid your head on the pillow and you were like, “That was a great day!”?

JH: [Laughs] You know what? One of my favorites was when we did the studio scene of “Respect.” It was so fun. We did not want to stop. It was just—again, it was very organic. Everything was live, we were in the moment, being musicians, which is what she was. It was important to show that aspect of how musicians function and the process of that by—I don’t know what to call it first, actors and then musicians on this set, or musicians then actors, you know what I mean? But it was something that was needed in the casting of this. So, because of that, it made it such a good time in the creating of all of these things. Because they were live, they were organic and we were able to be actors and singers all in one. 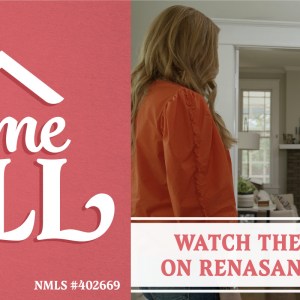