Jacob Sartorius usually begins each day by practicing the Wim Hof breathing technique—it helps him feel grounded. Then, he’ll make a demo or two, oftentimes pulling inspiration from his journal entries, before bouncing out to meet up with friends around 7 p.m. “It’s very go with the flow,” Sartorius tells American Songwriter about his daily routine living in Los Angeles. “I also like to go on hikes. I found a couple of cool spots in L.A. that are outdoors and nice,” he continues. “I had a fish, but my fish actually died. So I’m looking into maybe getting an animal or something.”

Sartorius’s easygoing candor when recounting the details of his day-to-day life is synonymous with his career as a singer/songwriter. Beginning his musical journey in 2016, Sartorius’s songs possess an honest account of the inner goings-on of a young singer just trying to make something unique.

Although his everyday schedule is normal (or as normal as it can be for a widely beloved, viral 19-year-old), the day American Songwriter caught up with Sartorius was a special one. His latest EP, SLEEP WHEN I’M DEAD, was officially dropping that day, on August 3. “The EP is out right now,” he proclaims, “I’m still kind of shaking honestly.”

SLEEP WHEN I’M DEAD is a five-track pop/punk romp through Sartorius’s experiences of new relationships (both romantic and platonic), new experiences, and new sounds. Consequently, there’s an overarching feeling of exuberance and fascination with life that links each song to the other. This EP also serves as a coming-of-age EP of sorts for Sartorius. The singer has embarked on the rite of passage of living alone for the first time, and through that, he’s been “documenting what that loneliness feels and looks like.”

In this new phase of life, Sartorius is focused on balance, he says. Finding a balance between loneliness and the pull of the L.A. party scene; making music and making friends; working hard and playing hard. “I do pride myself on being in the moment,” he says. “And so with that, if there’s a ton of great times, I’ll forget to sleep. I really can be that present in ways that don’t really necessarily benefit my health.”

In this constant battle for balance, Sartorius found the songs that would eventually create SLEEP WHEN I’M DEAD. The title track is, of course, a true declaration of a party rocker followed by the brutally honest track “FEAR OF INTIMACY.” The latter deals with the very real emotions of anxiety and turmoil that comes along with pursuing new relationships. “FEAR OF INTIMACY” was also created on “Over the Rainbow” vibes, Sartorius reveals. Then, situated right in the middle of the EP, is the knowingly cheery “WORTH IT.”

When Sartorius began writing “WORTH IT,” the lyrics were pulled right out of his creative mind, meaning that they were largely freestyled. It’s about knowing that the world’s not perfect, Sartorius says, but still committing to living this life to the fullest.

“It’s like the yin and the yang or the two different worlds that I’m constantly bouncing back and forth between,” he continues. “I tried to capture it the best I could to put those worlds together in a song.”

The final two tracks on the EP round out the collection of songs just as strong as it began. “LEMONADE” and “TOO LATE TO SAVE IT” are unabashedly introspective tracks, as Sartorius gets real about the exhaustion that comes after declarations made in “SLEEP WHEN I’M DEAD.”

Overall, though, SLEEP WHEN I’M DEAD is a tangible time capsule of Sartorius’s ever-evolving career. “A lot of things have changed [since the last EP, ‘Lost But Found’],” Sartorius explains. “I’ve just dove deeper into what I really want to talk about, and finding ways to best describe the way I’m feeling. I think that was my goal on the last EP, but I think like anything—like going to the gym—it’s kind of like a muscle. The more I do it, I feel like the better I can get at pinpointing exactly, to the best of my abilities, the way I feel.”

Listen to SLEEP WHEN I’M DEAD HERE. (And let Sartorius know what music video you want to see next, he’s curious.) 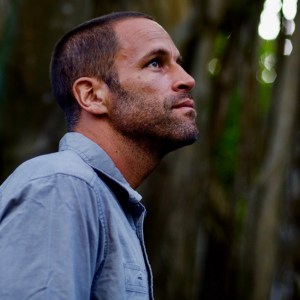 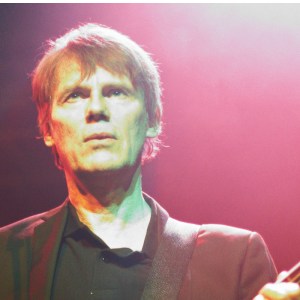