It was supposed to be different for Aspen Anonda. Though she’s been performing since the age of 9 and saw her first official release in 2017, for the most part the singer/songwriter has remained within her native Georgia. With the exception of a few one offs like an impromptu gig while on vacation in Puerto Rico and an appearance at the 30A Songwriters Festival in Santa Rosa, Florida, Anonda’s shows have been inside her home state.

2020 however, that was going to be different. That was her self-proclaimed ‘year playing out of state.’ I think we all know how that shook out.

What can you do other than roll with the punches? With hope on the horizon, 2021 is now her year of focus and in addition to hopefully logging some much-needed road miles (when Covid finally permits), Anonda has more in store than just a litany of shows. With a new EP recorded and ready for release come April, she’s pulling back the curtain on the collection’s first single “Gold.”

“I love how carefree this song feels,” remarks an exuberant Anonda. “This is a song for road trips and dancing and smiling so big it hurts. Sometimes I think it’s easier to write sad songs than happy songs, but this song fully encompasses joy.

“I want people to feel hopeful when they hear this song. I want them to feel like they’re falling in love. We all have people in our lives that just seem to represent the color gold. They light up every room that we walk into. At the same time, although we may not always realize it, we are a light in other people’s lives too. Love is a two-way street. This song is for them and for us.

“Personally, this song makes me feel like I’m floating in the ocean. Face towards the sun. Pure happiness, super spiritual, just…light. It feels good to feel good, and I hope fans dive into that happiness.”

Not just a creative description, the song itself is a true to life story Anonda lived all the way down to the title itself. A student at the University of Georgia and an avid journaler who likes to journal old school style with pen and paper, Anonda is incredibly particular when it comes to which pens she uses. At one point, there was a boy, and his story got a special pen in her before bedtime tales.

“I’ve always been in love with journaling because I think we tend to forget our past feelings. They get twisted by our new knowledge and experiences, so I think it’s so valuable to write about how we’re feeling constantly. Right then in the moment.

“I was at my parents home over the summer between college semesters, and I started to read through some of my older notebooks. I came across a moment in the middle that was written in gold ink. This completely stood out because everything else I had written was in one specific black pen. Everything I wrote in gold was about a boy I had met and how I had fallen for him. It was such a beautiful thing to stumble upon years later.

Much like Julia Michaels, Lennon Stella and Sara Bareilles, women Aspen looks to as influences and “…badass, female, songwriting geniuses,” Anonda takes immense pride in her songwriter title and isn’t afraid to put her life on display. Ironically enough, it’s when she’s side stepping that real life, that she feels she does her best writing.

“I think I write at my best when I’m trying to procrastinate doing something else. It sounds terrible, but whenever I have an essay to write for class or an email to answer, I always find myself gravitating towards my guitar. The songs I write in those moments happen quickly and all at once. I think some of my favorite songs I’ve ever written have come to me within an hour when I was supposed to be doing something else.”

While “Gold” may not have been her way of procrastinating an essay, UGA is pretty important to the track. In a roundabout way, much of what you hear was part of a school project.

“I currently attend the University of Georgia pursuing a music business certificate and advertising degree. In one of my favorite classes, Music Production, we go to a local studio (1093) and learn how to record a band just by doing it. Extremely hands on. I took the class in Spring 2019 and in February 2020 my band was chosen to be recorded by the class. It was spontaneous and amazing, and I ended up keeping the acoustic guitar, drums, and bass tracks from that day for the final recording.

“I finished recording at We Bought a Zoo Records. My lovely friend and producer, Tommy Trautwein, opened up a studio in his house and has worked with countless Athens artists to turn their songs into a reality. He took the tracks I had and we recorded new vocals, electric guitar, and even had my friend Jacob Selvaggi come in to play saxophone. It was honestly the first time I felt like I had a vision for a song that I watched come true.”

Initially slated to be just a one song project, working with Trautwein spurred something in Anonda she hadn’t ever felt before. Falling in love with the studio dynamic the two had together, the pair worked up four more songs that will flush out her upcoming EP. 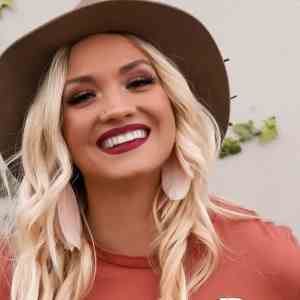 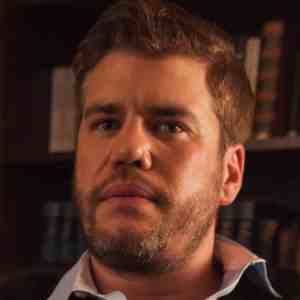