Being a teenager during the COVID-19 Summer must really blow. Life is supposed to be hanging out in parking lots with skateboards and Slushies enjoying your last few months together before being split up for college. It’s not supposed to be Zoom calls, masks and “Netflix parties” with everyone watching virtually together on their own TV.

Such is the plight of renforshort. The 18 year old current “it girl” from Canada is learning just how boring and awful life is right now with social distancing and other precautions due to the COVID-19 pandemic. “The hardest part about quarantine for me is not being able to just casually hang out with friends ‘cause we can’t really just sit and watch a movie together, which is something that we all love to do,” she sighs.

Instead of sitting around, bored out of her skull though, she’s been writing music and creating a huge buzz for herself. After a massive bidding war of over a dozen labels trying to nab this musical auteur (she eventually signed to Interscope), renforshort has created a repertoire of über–popular songs in a relatively short period of time. With a few independently-released singles, she’s racked up cumulatively over two million views on her five videos on YouTube. Now on a major label, she’s primed for the big time with her recently released debut EP teenage angst and her new single “filmf” which premieres here on American Songwriter.

Shorthand for “fuck i luv my friends” (lack of capitals is her stylistic brand), “filmf” has the sheen of the grand era of late 90s teen pop with the self-aware alternapop of the last ten years. A recent graduate from the same musical class of Lorde, laye, and (need I mention her?) Billie Eilish, renforshort has inherited that same wide-eyed snicker of previous alumni like Juliana Hatfield, Liz Phair, and Sleater-Kinney. It’s a welcome blast of snarkiness that offsets the lameness of the Katy Perry-esque pop queen troglodytes of classes past.

“filmf” captures renforshort in a contemplative mood, realizing that while being holed up in your bedroom making TikTok videos and playing videos may seem awesome AF, nothing beats the social aspect of actually being physically present with your crew in the real world.

“I chose to give the song this name because I think it’s a common sentiment especially during these times when it’s harder to see your friends,” she echoes, realizing that, yah, fuck, she does love her friends.

Unlike kids who had a normal graduation ceremony of grabbing your diploma on stage and all that jazz, her graduating class had suffered exceptional circumstances of an online graduation. “I did graduate this year,” she says. “I graduated about a month ago and I’ve never been happier (jk lol), but it does feel good to be done! It’s a lot of stress for me… High school and trying to balance everything was tough for me.”

This de facto graduation-during–a-pandemic sitch also means that she and her friends never got a big Grease-like send-off with balloons and alcoholic drinks (shhh!). Instead, it was muted and smaller… minuscule even… and she misses that actual, real-world connection. “When I wrote the song, it was at the beginning of the quarantine and I did miss them a lot,” she explains.

Thankfully, Canada is beginning to come alive again, seemingly with coronavirus in check. renforshort will be celebrating her last summer with her friends as they head off to the next step of secondary education and she kicks off her bright and exciting music career. At least she’ll have this song as her yearbook coda. “It’s a transitional time in my life where high school has just ended and all my friends are leaving to university,” she reflects. “I want us to have this song to share about learning, living, and growing up together!”  Hopefully, they’ll only need to turn on the radio to remember that, fuck, renforshort really does love her friends.

Check out “fuck i luv my friends” on all digital options at this smartlink. 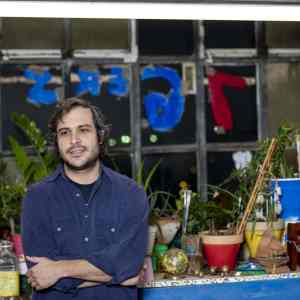 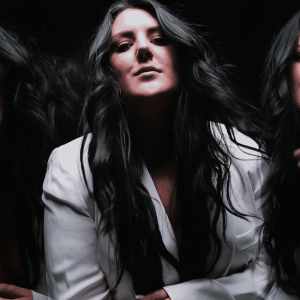