“Wishing Well”—featured below—sees the Philadelphia singer-songwriter and guitarist searching for peace within. It’s a breezy folk number that has the wondrous, enveloping quality of a daydream. And though Polizze sings of being “on my own,” he’s actually joined on the track by his old pal Kurt Vile.

Polizze’s lyrics can be sneakily profound: “In a new day, the sun is high / And it holds me, it lets me try,” he exhales over melodic fingerpicking. It’s lines like these—delivered in Polizze’s mellifluous drawl—that charge “Wishing Well” with a quiet sense of exaltation and hint at what’s to come on Long Lost Solace Find.

Long Lost Solace Find will arrive later this month as Polizze’s debut solo record. He wrote most of the album’s 12 songs in 2017, then recorded them with Jeff Zeigler in 2018 and 2019.

“[Jeff] actually moved studios—he was [previously] in this one place for between 10 and 15 years where I had recorded a bunch of times,” Polizze told me over the phone last week. “That is why it took so long.”

Polizze only decided to release the record under his own name at the last minute.

“I knew it wasn’t going to be Purling Hiss, but I wasn’t sure if it was going to be my own name,” he says. “In a way it was cool, because I didn’t feel like I had to live up to some expectations. And I knew in the back of my head that I might use my own name. Purling Hiss was more loud and dynamic—noisy guitar stuff—and this was like, ‘Let’s clear the smoke a bit.’ It’s a little more intimate.”

Long Lost Solace Find is also Polizze’s Paradise of Bachelors debut, and he credits Paradise’s Chris Smith and Brendan Greaves with helping shape the direction of the record.

“I always had different ideas bouncing around—they kinda helped me whittle ideas down,” says Polizze. “It’s still my style, but they played a part in it. I’ve been friends with those guys for a really long time. It all started when Chris [said to] me, in 2015, ‘Oh, you should play a solo show!’ I was like, ‘I don’t know, I’ve never done that before and it seems kinda scary.’ I agreed to do it and it was really cool, really organic. He saw the performance and really liked it and was like, ‘No pressure, but if you ever want to do a record let me know.’ I just continued to do some solo shows over the next couple of years and eventually we talked again and I came around to it.”

“The vibe of the record,” says Polizze, “is mostly acoustic, less electric, more intimate and introspective and reflective—moody jams and love songs and folk stuff. Not much fingerpicking in there but I want to be doing more of that.”

Asked where the title Long Lost Solace Find comes from, Polizze reveals that he plucked it from the lyrics of album opener “Bainmaire.”

“I had a little list of ideas,” he explains. “I was reading through the lyrics and I saw that and I was like, ‘Maybe that could be a name.’ I feel like it reflects the album. I feel like I’m shedding skin, getting a little older, gaining some perspective. I got married almost two years ago. So [this album] is kind of like a milestone in some ways. And obviously it’s a bit of a change for me, being my first solo record.”

Though Polizze wrote all the songs on the record, Vile appears on a handful of tracks as both a backing vocalist and an instrumentalist.

“I’ve known Kurt for like 15 or 16 years,” says Polizze. “Everybody was sort of around the Fishtown area [when I moved to Philadelphia in 2004]—it was a really cool moment. Between then and now so much has happened. Jeff Zeigler’s been in the circle for a while, Kurt had The War on Drugs. They all played music together. My band Birds of Maya—before I had Purling Hiss—we became friends with Kurt and played shows with him. We stayed friends and I played in Kurt’s touring band in 2009 opening for the Black Keys. So we have a history together.”

Vile—also a longtime Zeigler collaborator—was eager to contribute to Polizze’s project. “I just asked him, ‘Do you wanna come in one day and play?’ and he showed up with his trumpet, his guitar, a dobro, all these harmonicas,” recalls Polizze. “He did some backing vocals. That was all in one day.”

Polizze and Vile first crossed paths in Philly in the mid-aughts. “It was a cool scene,” says Polizze with a whiff of nostalgia. “Chris used to be in the band Espers who used to be on Drag City. Jack Rose, who isn’t around anymore—he passed away like ten years ago, far too young—he was a huge influence. I opened for him. We’re all part of this little gene pool.”

But just as Polizze has evolved over the last fifteen years, so too has Philly.

“Fishtown was a hot spot for a while, but it definitely was cooler before all the new development and developers came in,” says Polizze. “There were more artists and band people—and cheaper rent. It was all about the community and music. Then, like any other town that starts getting more expensive, people disperse a bit. But I feel like a homebase there is the Philadelphia Record Exchange. It’s a record store that’s been open for like 30 years and they have shows there sometimes. People just hang out there—everybody I’ve mentioned hangs out there in Fishtown. So the community is still there, my group of friends. But hey, fifteen years have gone by and there are a bunch of kids making music now who I don’t even know. I’m just the old guy.”

As Polizze gears up to release Long Lost Solace Find, he’s taking life one day at a time.

“I actually moved during the pandemic,” he tells me. “I moved just outside of Philly. I retreated to the suburbs where I grew up.”

“Wishing Well” is out now. Long Lost Solace Find is out July 31 via Paradise of Bachelors. 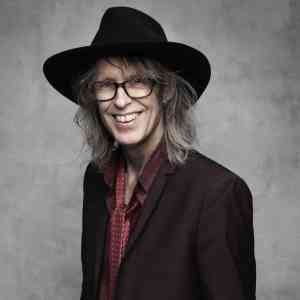 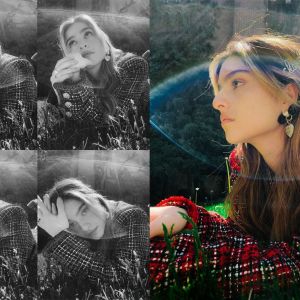