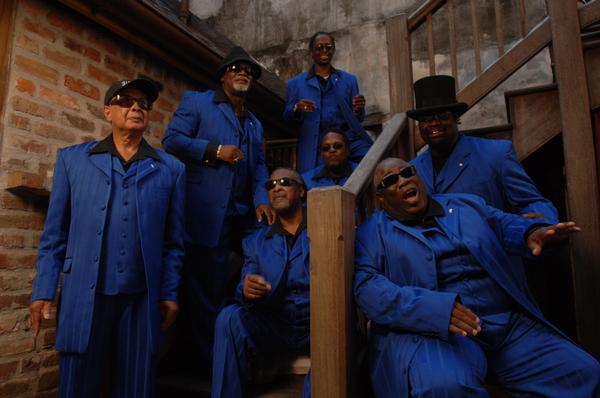 Jimmy Carter (pictured far left) and the rest of the Blind Boys of Alabama.

The Blind Boys of Alabama have been spreading the good news with their music since the days of World War II. Earlier this summer, American Songwriter sat down with lead vocalist Jimmy Carter. We talked about Lou Reed, playing the White House, and steering clear of the devil’s music.

Stream the song “Jesus” (with Lou Reed) from the album Duets.

How has gospel changed since the Blind Boys started performing?

How does the band choose its material?

We have a producer that comes in and brings material. If we like the song, we do it. If we don’t, we give it back to them.

Does the group have any favorite songwriters that it has used through the years?

We collaborate with a lot of people. We have this new record out now, Duets. It was done with various people, like Ben Harper. We accept material from anybody, as long as we can do what we want to do with it.

There is a broad sampling of artists on Duets, from Toots and the Maytalls to Lou Reed. Were there any collaborations that stand out in your mind?

Well, Lou Reed stands out because he was so unique. We’d never done anything like that before.

He’s very interesting. He really is. We’re getting ready to go to Australia with him at the end of the month [in May] to do something there with him, too.

Does the band ever write its own songs?

How do you walk the line between what you consider gospel and what others call “the devil’s music”?

We think gospel music is the “Good News.” Even though we do stuff with secular artists, we have not deviated at all from gospel. People might think that, but we have not. When these people come to us, if we can’t put our gospel flavor to it, then we can’t use that, because we are a gospel group, and not a secular group, and we never will be.

The band performed the Tom Waits song “Down in the Hole” for HBO’s The Wire one season. How did the band get involved with the show?

It was a surprise to me when they used the song. I didn’t know anything about it. When they said, “Do you know you’re on The Wire? You’re singing ‘Down in the Hole.'” I was shocked about that, but I’m proud of it.

Are there any contemporary gospel groups that you like?

When you were growing up in Talladega, was gospel popular?

We had a group called the Golden Gate Quartet, and they were our idols. We didn’t have a radio, so we had to sneak off to go where a radio was.

Were they an Alabama group?

So they’re still around?

Yeah, they’re still around. We said if they could make a living off it, then we could, too. So that’s how we got started.

Any gigs that stand out in your mind through the years?

That’s hard to say because we’ve done so many gigs in so many places that it’s hard to distinguish one. One of my highlights was singing at the White House. We’ve done it this year, and with Bush and Clinton.

What is that experience like? Were the butterflies a little more intense?

Yeah, a little! But we made the adjustment, and it was okay.

As a gospel singer, your instrument is your voice. Do you consider yourself a better singer now than you were, say, 40 years ago?

I consider myself a wiser singer. I won’t say better, but wiser. You have to know how to control yourself, and discipline yourself. I’ve had surgery on my throat twice because, on the floor, I give 100 percent, so sometimes your voice goes. You have to have it treated. But I’m fortunate, and it’s okay now.

You mentioned you’re a fan of country music and Merle Haggard?

Oh yes. We had a chance to open up for him in California about four or five years ago. I wanted to meet him, but he got away.

Well, George Jones, I wouldn’t be surprised if he got away. They used to call him “No Show Jones” back in the old days.

Yeah, we were inducted in the Alabama Hall of Fame in Montgomery about a month ago and, he was there. Yeah, the opossum was there, but he got away. 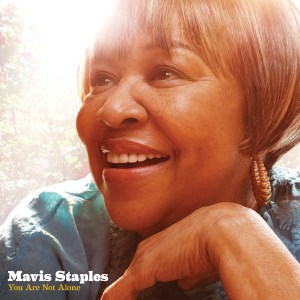 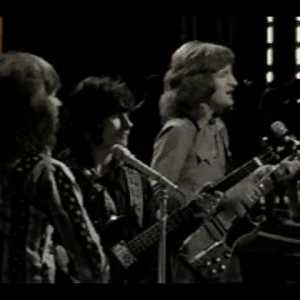