It was 20 degrees and snowing in Denver as I made my way to the airport. I refused to bundle up in my usual winter layers. Rather, I boycotted the snow in the near sights of heading back to sunny Los Angeles, where just a month before, I’d played at the Troubadour for the final round of Guitar Center’s Singer-Songwriter 5 competition. I had performed with four other talented singer-songwriters in front of a packed house, which also included the competition’s judge, GRAMMY® Award-winning producer, Ariel Rechtshaid.

After each competitor performed two original songs, Ariel made his decision on the winner and I was fortunate enough to have earned his selection. As one of the winning prizes, Guitar Center flew me out to Los Angeles for the ASCAP “I Create Music Expo” where I had the opportunity to network with some of the top writers and executives in the industry.

I didn’t realize how nervous I was for the Expo until getting in line for registration. Maybe it was the sudden realization that I had been thrown into this more or less on my own in a league entirely distant from my normal Boulder, Colorado easy-living flow. But within less than a minute, the anxiety subsided as I met new friend after new friend, all of us here for our common love of music.

I began my panels with producer Greg Kurstin’s master session. In addition to explaining his road to success, which has lead to working with Kelly Clarkson, Sia, Adele and many others in creating hit songs, the most valuable lesson he shared was the importance of chord phrasing. Kurstin discussed how different inversions and note omissions within a chord can sometimes be the most important part of song writing and composition.

Later in that afternoon, I attended Ariel Rechtshaid’s master session, which was equal part educational, hilarious and explosive. He walked us through working with Diplo and Usher on creating the 2012 hit song, “Climax” and later shared a more recent story behind writing and recording, “When We Were Young” with Adele and Tobias Jesso Jr. In both stories, he played us clips of how the songs began and their many revisions and transformations.

After Ariel’s session, I went to the green room to say a quick hello. This brief encounter was the part I was most looking forward to and most nervous for, the only reason being that Ariel has been a major part of my musical upbringing and inspiration, long before Guitar Center’s competition. As much as he is talented, he is genuine and friendly. He greeted me with a warm hug and noticed that I got a haircut, something even my mother didn’t notice. We talked a little about classes at CU, my trip to LA, and how we were both very excited to work with each other soon. I left with a smile so big I thought my jaw was going to break.

The “Women Behind the Music” panel was probably the most beneficial out of all the sessions and panels I attended over the weekend. Because it can be and often is much more difficult to break into the music industry as a woman, these executives and writers shared many common experiences and advice in how to overcome and dominate the inevitable struggle that we all face in embarking on or continuing in our musical careers. Lessons such as, how to be truthful to what you want as a writer, to be clear and firm when you don’t like or agree with something and to be ready to work harder than everyone around you. For that reason and several others, I was disappointed that the panel was assigned the D-Ballroom during lunchtime, but I was delighted that despite those factors, the room was packed, even overflowing with many people standing in the aisles and back. I think I speak for many when I say it was a very important panel.

Often with events like this Expo, it’s easy to lose yourself in shaking hands and smiling and completely forget why you’re there in the first place. To remind myself that the reason I was there was my love and pursuit of singing and songwriting, I took a quick detour to Amoeba Music on Sunset Blvd. I wanted to drown in the miles of vinyls, cassettes and CDs and synthesize all the industry knowledge that I had obtained over the last couple days with the purest form of the song itself.

Overall, I was extremely grateful to have attended the ASCAP expo. To have been given a long weekend dedicated purely to surrounding and saturating myself in conversations and new lessons on all forms of music and the industry. I returned to Boulder with a clearer sense of direction and intention for my own musical pursuit, made miles closer thanks to winning Guitar Center’s Singer-Songwriter competition.

###
About Kate Brady:
Kate Brady is the winner of the fifth annual Guitar Center Singer-Songwriter artist discovery program. As the winner, Brady received a career-boosting prize package, which includes the opportunity to record a four-song EP with GRAMMY® Award-winning producer Ariel Rechtshaid, a performance on Jimmy Kimmel Live!, mentorship from folk singer-songwriter City and Colour, gear and much more.

Brady recently graduated from University of Colorado, Boulder where she studied creative writing and poetry. She grew up in the Rocky Mountains and her sound and lyrics reflect the area’s natural aesthetics and call for quiet contemplation. Brady has been writing songs and poems since the early years of childhood and her primary intention is to create community with her music. 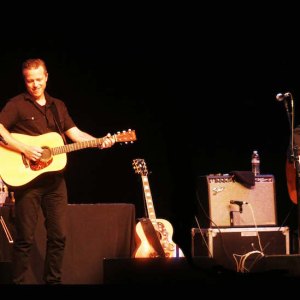 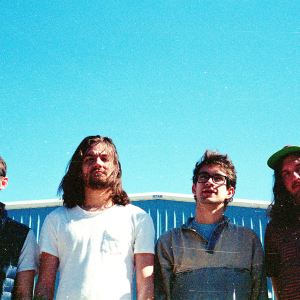