Grace Pettis’ newest album Working Woman set to release May 7 is a crescendo of voices singular in their purpose: to detail the realities of what it’s like to be a woman today. Well-rounded in its execution, Pettis sings about playground crushes, heartbreak, catcalling and the badassery that is within every woman – waiting to be unleashed.

From the fed-up Miranda Lambert-esque sass on “I Ain’t Your Mama” (re: Between the pee on the seat, stack in the sink, I’m about to lose my mind) to the quiet emotional desperation on “Paper Boat,” Pettis writes vibrant pictures of the world around us today with fierce accuracy and soulful grace.

Built around the album’s title track, Pettis explains that alongside her producer, Mary Bragg, and an all-female/non-binary team, the album is both an activist statement as well as an artistic one.

“I was like ‘Mary, I can’t think of a single record that was made by all women. And I can think of about a million that are made by all men.’ And she couldn’t think of one either. We just were kind of talking about that and it’s like, well, if this thing doesn’t exist, I don’t want to wait until I have massive influence and power because that might never come. If we want to change the machine it really just has to do with whatever tools you have and wherever we’re at. So it just felt like from ‘Working Woman’ was the perfect opportunity to do that,” she explains.

Another priority for Pettis and Bragg was creating an album which could translate over into the lives of all women, or at the very least be intentionally inclusive of diverse female experiences. Throughout the album, she sings about transitioning from childhood to adulthood (“Tin Can,”) learning from the mistakes of youth (“Landon”) the abuse women endure daily (“Any Kind of Girl”) and other nuanced topics.

In a literal sense, her album achieves this just by virtue of the diverse set of women who had a hand in making the record. From Ruthie Foster and the Indigo Girls to Dar Williams and the Watson Twins all the way to Shani Gandhi who mixed the album, there’s a sense of female camaraderie on each and every track.

Overshadowing the statements associated with the album is, of course, Pettis’ priority when it comes to anything she puts out: making good music.

“I want people first and foremost to just like it because they liked the music. Then I want them to think about the fact that it didn’t take any men to make any of this music. We didn’t need any male co-writers, we didn’t need a studio owned by a male, we didn’t need men in the band, we didn’t need men behind the board. And I hope that that’s encouraging for women in music, across disciplines,” she says.

“I hope that it lets them know that they can do that too. Whatever job they’re hoping to have, whether it’s engineer, producer, drummer – they can do it.”

Check out the link below for an exclusive first listen of Working Woman which comes out on all platforms May 7. 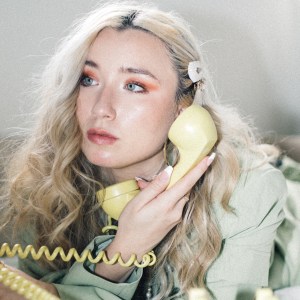 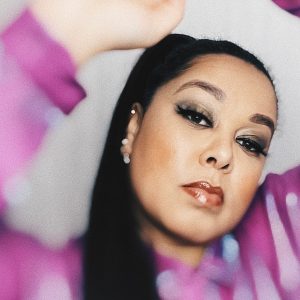