You never forget your first…song.

But sometimes, the first one is the one you would love to forget.

“I could never listen to it now,” laughs the self-proclaimed ‘old soul’ known as Daya during a recent interview with American Songwriter about the first song she ever wrote. “It was called ‘Dance.” I wrote it on the piano. I think I was 12. The crazy thing is that it wasn’t just about dance. It was about putting yourself out there and doing what you want.”

Exactly ten years later, it’s the lyrical foundations of that ‘uncool’ song that the GRAMMY Award winning and multi-platinum artist is living out both professionally and personally as Daya takes the next steps within a career that exploded in 2016 via her 8x multi-platinum smash “Don’t Let Me Down” with The Chainsmokers.

“I turned 22 years old this year, but it feels like I’m 40,” she says emphatically. “I feel like I have already gone through a midlife crisis. (Laughs.) I’m definitely finding that I am starting to re-connect to myself for the first time in a long time.”

Indeed, things were happening so fast for Daya at the age of 16 that she admits she ended up experiencing a total and utter and almost overwhelming sensory overload that ended up doing a number on her creativity.

“I felt like I was always trying to catch up,” Daya remembers. “I think I lost touch with my writing and my process that I had when I was writing a lot on my own back in high school. But in the last two or so years, songwriting as taken on this new life, and I’m extremely grateful for that. I’m happy everything happened the way it did, because it got me here. But, yeah.”

Her addictive new single “First Time” pulsates with a new creative breath that continues to make Daya one of the most intriguing artists out there right now.

“I wrote (“First Time”) in Sweden about a year and a half ago, but it definitely evolved over the course of a year,” she says of the song she actually ended up co-writing alongside SHY Martin and multi-platinum selling Swedish producer-songwriting duo Jack & Coke. “I went into the studio in August and I was really eager to get to work on it. For the first time, I had freedom in my career and I wanted to take advantage of that right off the bat.”

And there were no restrictions.

“Whatever you want to do and whenever you want to do it, that’s what everyone told me,” says Daya. “And that’s how I approached this song. It was natural and free flowing. At the end of the day, I just wanted to work on things that I would be proud of in 20 years. (Pauses.) I feel very enlightened right now…and excited.”

And it’s this excitement that Daya has been bringing into the studio as of late as she readies her second album, set for release in 2021.

“My songwriting formula varies from session to session,” she explains. “Sometimes I go in with the track premade by a producer and other times I am already working with a melody in my head. And other times, I just get inspired in the moment. I love capturing that feeling and the energy you can feel together in the studio. It doesn’t happen all the time, but sometimes, there are just electric moments.”

And this Pittsburgh-born visionary feeds off electricity, electricity that seemed to occasionally go haywire over the course of the pandemic-riddled year of 2020, leaving Daya feeling dangerously close to creative exhaustion.

“It was so weird, because I didn’t intend to put on this political facade and advocate for this or that, but this country was in crisis mode,” remembers Daya, who has weighed in on everything from climate change to racial injustice to LGBTQ+ and immigrant rights as of late. “And then when the election was over, it felt like this weird, out of body experience. I didn’t expect it to go through. I felt like the same thing was going to happen again. I think I had conditioned myself to be disappointed.”

She takes a deep breath.

“There is still a lot of work to be done when it comes repairing our country that is so divided right now,” she says quietly. “I’m still trying to figure out what that means or even looks like.”

But, she ain’t stressing.

“I plan to take a shot or two on New Year’s Eve this year,” she laughs. “I mean, I’m excited. Personally, I grew a lot this year and I am ready to get back out there and start sharing it all.” 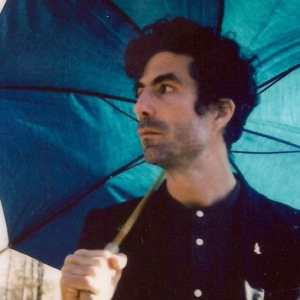 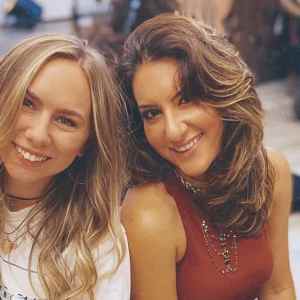