It’s November 2016 in Paris. America just learned of its newly elected president. Then, a few days later, on November 7, Leonard Cohen passed away.

These two moments marked the beginning of a transformative period for Guy Blakeslee. Walking through the Père Lachaise Cemetery, he reflected on the ending of an era in America, and music. A day or so later, as Blakeslee finished his set at a festival in The Netherlands, Cohen’s “Chelsea Hotel” played on the sound system, and he literally broke down on stage.

“That was the impetus for this album,” says Blakeslee. “The record is about that time. Then I went on crazy adventures from that point on, until I eventually ended up back in Los Angeles and started trying to record it and turn all those experiences into something.”

At times, imagining things from Cohen’s perspective, Blakeslee approached Postcards From The Edge (Entrance Records), out February 5, 2021, not as a political statement but through another lens, looking at the world, recognizing those in trouble, and—for better or worse—the changes ahead.

“A lot of these things were happening when I was beginning to write the songs,” says Blakeslee. “It was a significant moment in this transformation of looking at the world through different eyes and standing in the cemetery, surrounded by a remembrance of people that were gone and feeling that America might also be gone.”

Throughout, Postcards From the Edge turns a different page in Blakeslee’s life from the period of 2016 through 2019. Blakeslee eventually left Los Angeles, where he resided for 15 years, following a near-death experience at the beginning of 2020 that shifted everything once again. After Blakeslee was hit by a car, he woke up in the hospital just as the pandemic lockdown was beginning. Once he was released from the hospital, he moved with fellow musician and frequent collaborator Lael Neale to her family farm in Virginia.

“I actually got really lucky and ended up getting to have a significant life upgrade, even if it was the result of an unfortunate accident,” says Baltimore-born Blakeslee of his unexpected return back to the East Coast. In a strange coincidence, Blakeslee first drove to New Orleans from LA to record Postcards, arriving on March 13, 2019, and the day of his accident was exactly one year later in 2020.

“The circumstances of my accident and of the world changing and everything is what enabled me and forced me to put it out myself and become my own label [Entrance], so it seems like it’s all connected,” shares Blakeslee. “It’s all part of a longer transformation process, but it’s definitely a turning point in my life.”

Completely transformative, everything changed after the accident, in the midst of a global pandemic. “I definitely believe in fate,” says Blakeslee. “We’re riding the waves of our fate and making choices along the way that can either keep us alive or get us in touch with our greater destiny. Sometimes bigger events that we can’t control push us further along our path.”

Everything is the next narrative in Blakeslee’s various solo efforts, following up his 2017 ENTRANCE release Book of Changes and various solo efforts, including Ophelia Slowly (2014) and more recent experimental pieces. Recorded in New Orleans in 2019 at the house studio of the Preservation Hall Jazz Band, Postcards From The Edge, a title pulled from the 1990 Carrie Fisher-scripted drama of the same name, Blakeslee couldn’t help liken this collection of music to an imaginary scenario that plays in his head where Rimbaud meets Roy Orbison on acid in a room full of synthesizers, after a late night wander through the haunted streets of New Orleans.

Produced by Enrique Tena Padilla (Oh Sees), Blakeslee pulled in vocalists Neale, along with Hale May, Rachel Fannan and The Entrance Band’s drummer Derek James to capture the soundscape of the album.

Each of the seven tracks unning four to nine minutes long, Postcards From The Edge isn’t a rushed story. Crooning through a ‘50s-‘60s time zone on “Sometimes,” Blakeslee’s affecting opener is one of album’s more tender moments, segueing into “Postcards From The Edge,” like the album’s title, the song is based on the Mike Nichols film starring Meryl Streep, Shirley MacLaine, and Dennis Quaid. Exploring connections and a sense of belonging, Blakeslee took an old-school approach using the bare essentials during quarantine—a handheld VHS camera, an old piano, a candle, and a forest—for the track’s video, resulting in a more jittery, eerie effect.

“It was born from the chaos that’s created when a traveler lingers too long in one place while those who really live there are trying to make sense of their stationary lives,” says Blakeslee of the the title track. “Strange triangulations occur, boundaries are tested and technology warps the illusion of keeping in touch. If you don’t belong anywhere, then you can belong everywhere. Distance and closeness might be more psychic than physical.”

Sonically, Postcards is a mix of emotions, moving through the stirring “Faces” into a more hynoptic “Giving Up the Ghost,” and ab 80s-fused balladry of “Hungry Heart.” The lo-fi-pop of “What Love Can Do” is a welcome upbeat before the more experimental, nearly 10-minute “Blue Butterfly,” intercepted by few vocals and party chatter.

Though Postcards From The Edge was completed during the summer of 2019, the collection of songs reflect a different time in Blakeslee’s life, yet started to unravel more, in meaning, over time.

“I’ve noticed a lot of things coming up in the lyrics where I didn’t really know what I was talking about when I wrote it,” says Blakeslee. “It sort of resonates with things that happen later. I’ve had this experience before, where something is coming through me and it’s more than setting out to say a particular thing. I find out what I’m trying to say by writing, and it ends up gaining meaning over time.”

Referencing the piano- and vocal-led “Faces” and addressing double vision. In the wake of Blakeslee accident, he actually suffered from double vision up until the fall of 2020. “Everything that I saw was like a triangulated, prismatic reflection of everything overlaid on top of it,” says Blakeslee. “In the same verse of the song, I’m talking about how we wish that we had a mask to hide our faces behind.”

Most of Postcards was also written as Blakeslee was contemplating leaving the United States and living in London, Paris, Brussels, Belgium for some time.

“A lot of the songs were written and developed during those trips where I was trying to leave the United States, and ended up coming together more once I came back and committed to living in the U.S.,” says Blakeslee. “Driving across the country was a big part of making the album, so there was definitely another element of traveling into the unknown, then returning to where you where you came from and seeing it differently.”

Since the accident and relocating to Virginia, Blakeslee thinks of, and makes music differently, specifically playing more off piano, which he says was a big part of his healing process.

“Now it’s a different intention than when I would write a song and be really focused on the words and really obsessing about how it should sound,” says Blakeslee. “It’s about flowing with the energy of music in a very simple way.”

Blakeslee adds, “For all those years, I was really focused on translating my experiences into something that would commemorate them or convey something about the way that it felt. All of a sudden, I don’t care about that anymore. It’s more about the experience of playing, and the simple exploration of tones together.”

Music is more about connection for the artist.

“People want to have more access to moments of peace or serenity,” he says. “I feel called to make music that helps people. I think I may have done that before, but I never thought about it. I feel more tuned into the fact that it’s something valuable to do and it isn’t just about expressing myself. It’s about offering something to the listeners.” 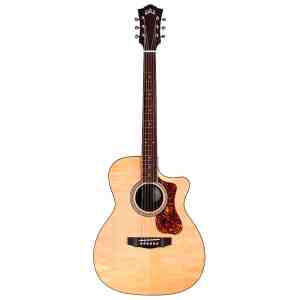 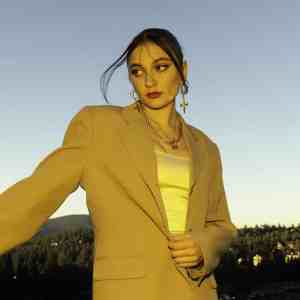