2. “Blind Willie McTell” by Bob Dylan.
Written, recorded and ultimately discarded from Dylan’s Infidel album, it remains one of the most famous and beloved of all discards. Why? Because it is simply such a powerful song. Classic Dylan, it paints the portrait of the mythic bluesman Willie McTell. It wasn’t for several years past Infidels that the song was released on a record in The Bootleg Series, leading to the obvious question: Why? Why did he discard it?

According to Dylan, it wasn’t because he didn’t consider it a great song. He did. But he was not happy with the recording of it, which he felt could have been better. It’s a reason many immediately rejected as false. But so many things the man said which were entirely true were doubted by the dubious press. (Okay, with some reason – at the start he did fudge all the facts of his own origins story, sure. But that was at the very start.) Often people simply can’t fathom the truth of what he means, but when taken at face value it’s not hard to figure out. Dylan knew this song stood out, even in the context of the other powerful songs for Infidels, such as “I and I” and “Jokerman” was quite special. It’s one of those songs that, heard once, is not forgotten. So it makes sense he wasn’t happy with any of the takes he got then,feeling they just didn’t do the song justice.

Many writers have suggested that this can’t be so, because some of the takes are great, especially as they have been mixed. But why need Dylan lie, especially when it comes to the mystic blues of Blind Willie McTell, eternal symbol of musical purity?

Then comes the argument that because Dylan did release what some consider poor recordings of great songs, that indicates he doesn’t care ever. But easy assumptions about this man never really work. This Infidels time was one in which he cared a whole lot about the songwriting – as always – and about the sound of the record as well. It’s why before enlisting Mark Knopfler to produce Infidels, he famously went to Frank Zappas’s house – literally – and invited Frank to produce it. That didn’t gel, and Knopfler got the job. And with his guidance, it became a great sounding album, and one with wonderful musicians – including Bob Marley’s rhythm section, drummer Sly Dunbar and bassist Robbie Shakespeare, Knopfler on guitar along with the great Mick Taylor, who played in the Stones for years. And Bob’s singing is keen and strong and focused. Also, he knew that in time his songs almost always eventually came into the world, as did this one. The years it took did nothing to diminish the greatness of the song.

For more on this one, see American Songwriter‘s Behind The Song about it by Jim Beviglia.

3. “Cuba Si, Nixon No” by Simon & Garfunkel, written by Paul Simon. There are few discards in the work of Paul Simon, solo or with Simon & Garfunkel. This is one of the only ones, written and recorded for their final studio album, Bridge Over Troubled Water. According to Simon, it was discarded because Garfunkel refused to sing it. “Artie didn’t want to do it,” Simon said in 1972. “We even cut the track for it. Artie wouldn’t sing on it. And Artie wanted to do a Bach chorale thing, which I didn’t want to do. We were fightin’ over which was gonna be the twelfth song, and then I said, ‘Fuck it, put it out with 11 songs, if that’s the way it is.’ We were at the end of our energies over that.”

Bridge Over Troubled Water, which sold more than 20 million records when first released, was the final Simon & Garfunkel studio album. Simon made his first solo album, Paul Simon, which had “Mother and Child Reunion” and “Me & Julio” on it, which both became hits. Artie recorded the beautiful Angel Clare, which also had a hit single, the gloriously romantic “All I Know” by Jimmy Webb.

4. The Beatles, “What’s the New Mary Jane?” written by John Lennon. John Lennon, as much of the world has known for decades now, liked to always work against conventional thinking. He forever worked and succeeded in writing new nonconventional songs, and then recording them in new ways. “I Am The Walrus,” for example, broke the rule that songs should make sense. “She Said She Said” broke the rule that songs should have more than one chord. Especially Beatles songs, which were always ingeniously chromatic. “Revolution #9” broke the rule that songs had to be songs, and not something like this, an aural collage. This one, the notorious “What’s The New Mary Jane,” which he had fun making up with Yoko and George Harrison, seems like Lennon’s attempt at breaking the rule that songs had to be formally structured in any sense, even in terms of a fixed tempo (it speeds up and slows down a lot). Recorded in 1968 for what became The White Album, it was ultimately deemed unworthy of inclusion. Not by John, but by Paul and George Martin. “That was me, Yoko, and George sitting on the floor at EMI fooling around,” said Lennon. “Pretty good, huh?” “Revolution #9,” the forementioned collage he made with Yoko, was also one that several Beatles as well as George Martin felt should be discarded, but John’s insistence was formidable. Its inclusion might have made it easier for all to unite in abandoning this one.

But many great songs, from Harrison’s “All Things Must Pass” to McCartney’s “Junk” were discarded. Being The Beatles, they had a profusion of songs.

5. The Rolling Stones, “Waiting On A Friend.” It was created as a track, and initially abandoned, in 1972, when the Stones recorded it. It remained unfinished – no lyrics or melody – until its release in 1981 on Tattoo You. At that time, Mick Jagger wrote its tender lyric about friendship, which resonates with sweetness in the Stones’ catalog, in which most songs are directed quite directly at women. This is one which ensures the distinction is understood: in the chorus Mick sings, “I’m not waiting on a lady, I’m just waiting on a friend.”

That sweetness was then punctuated beautifully by jazz legend Sonny Rollins’ great ascending sax parts (for which he was uncredited). The title can be heard towards the end of the original version, during Jagger’s improv vocals.

“We all liked it at the time,” said Mick, “but it didn’t have any lyrics, so there we were… The lyric I added is very gentle and loving, about friendships in the band.”  It was also the first Stones song written with a music video in mind, Jagger said, which influenced the final lyric. Both versions, from 1972 and then 1981, follow. 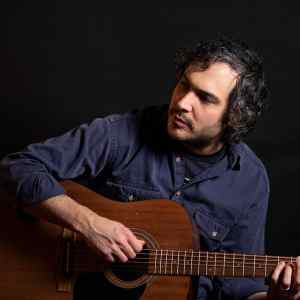 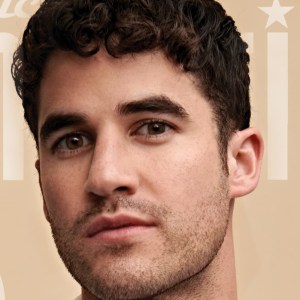