“I believe in writing songs, and if there is a message to share, tell it,” Cleto Cordero tells American Songwriter over the phone. He’s discussing his band, Flatland Cavalry’s third full-length album, Welcome to Countryland—released July 2. “And when you put them all together, it’s a like a collage, and the gravity of the songs will pull the ones that want to be together. I started to get this feeling of a mosaic of different forms of country music.”

Since their inception in 2012, Flatland Cavalry has toured relentlessly across the country, building a passionate grassroots fanbase as they went. In addition to multiple headline runs, they’ve also recently joined artists such as Luke Combs, Midland, Hailey Whitters and Jameson Rodgers on the road.

“Us traveling as a band for the last several years, getting to see every corner of this country, I think it shows up in the music,” says Cordero. “Country music is all over this place, but it doesn’t all sound the same. So this is our interpretation of all of the sounds we’ve picked up on the road—what we believe country music is. Take a listen, and you get a shade of everything along the way.”

“I was definitely a little bit timid, my first co-write was with Hayes Carll,” Cordero admits. “I’ve never met him, but I’ve listened to his records and I am a huge fan. But connecting with someone, you find common ground, and that’s where songs come from.”

The co-writing for this project, especially from a distance, opened up new creative channels within the artist. Newfound confidence was bred from working through computer screens, desperately seeking a human connection. Songs he once considered outliers found a home in the conglomeration that composed Welcome to Countryland.

“What good is a song that doesn’t get born because you were too proud to show it to somebody?” he asks rhetorically. “You can sit there all day and try to write a Honky Tonk song or something to fit a certain style. I think I got to really grow working with so many collaborators, soaking it up like a sponge.”

During Cordero’s honeymoon in October, the band had not yet titled the upcoming album. Listening through, he was struck by the last verse of the song “Well Spent Time”—Laying beneath a blanket of stars / Out in the country land.

“I thought, ‘this is what it is,'” says Cordero. “It’s whatever we think country music is.”

Throughout 14 tracks, Flatland Calvary’s new album hosts an impressive cast of creatives that as a whole, are a dynamic representation of country music.

Singles like “Life Without You (feat. Kaitlin Butts),” written with Brian Keane, and “Some Things Never Change,” with Ava Suppelsa, helped unveil the album concept.

“A Cowboy Knows How,” is the only song Cordero didn’t contribute to as a writer. Instead, he entrusted the capable hands of Luke Combs, Dan Isbell, and Jonathan Singleton to craft a story that fits into their broader concept. The familiar whine of the pedal steel invokes a conflicted nostalgia. And the Texan spirit in each of the band members connects with the subject’s archetypal cowboy character.

“Off Broadway” touches on the catch-all concept of Americana. Cordero wrote it on the bus in St. Louis and “had been on the road too long.” Steeped in the homesick blues, the two verses were inspired by a “not very beautiful” strip of the city. Without a chorus, the song wields a B-section in a dynamic way—experimenting with new song forms.

Kris Kristofferson and John Prine’s enduring influence of folk storytelling traces through tracks like “Fallen Star.” “Dancin’ Around A Fire,” boasts their signature star-spangled Southern rock sound. Similarly, “No Ace In The Hole,” co-written with Jason Albers and fellow bandmate, Reid Dillon, immediately locks into a groove. Dillon, whose influence is within the rock n’ roll realm, shined through this track on electric guitar. But Wells’ fiddle anchored it in the country sphere. The result, he says, “sounds like bandito country—like you’re driving through Nevada or Badlands country. That land out west is just so vast.”

The defining opener track, “Country Is” and the closer, “…Meantime” (feat. Hailey Whitters), emanate a shimmering country gold sound that brings the project full circle. Jake Gear, whom Cordero credits as “the mastermind” behind the track listing, felt “Country Is” stands as a well-suited introductory statement. Penned with Palomino, the punk-tinged track sets the tone for the collection—’This is what we think’.

Cordero met his “…Meantime” co-writer, Lainey Wilson, over Zoom. She had been chewing on an idea that resonated immediately with the artist.

“Everybody in America, around the world felt like sitting ducks, wondering what’s going to happen?” says Cordero. “The answer is I don’t know. But let’s not get ahead of ourselves and get anxious. Why don’t we just enjoy what we can about the present.”

After modulating the track for a more “glorious” feel, Whitters’ harmonies adds levity to an already uplifting message. Ending on a high note, “…Meantime” conjures up the joy that felt lost for much of the last year.

“I feel super grateful that the record is bookended between two classic pillars,” says Cordero. “And everything in between is a little bit of something else. We went through something really hard together. But at home, we didn’t just twiddle our thumbs, we kept working on a craft, we kept doing the work that we love and hope to share that with others. Hopefully, this is a feel-good remedy to a very odd year.” 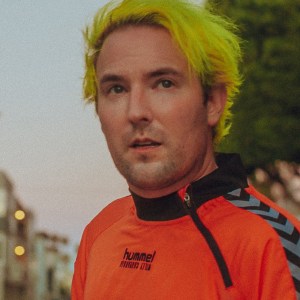 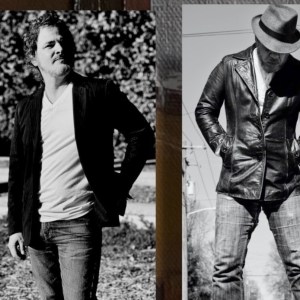