Scot Sax can claim a storied career. While Wanderlust marked a major milestone early on as an archetypical power pop band, they managed to mimic the template while setting a new standard at the same time. Sadly, the group dissipated after a few excellent early albums (and a tour with the Who), at which point they became the stuff of legends, the kind of combo a few aficionados would mention fondly and wish, rather wistfully, that they might make a return.

For his part, Sax moved on, forming the band Feel and ably carrying on in a similar melodic mode. He successfully branched out as well, writing the hit song “Like We Never Loved At All” for Faith Hill and Tim McGraw, touring with Robert Plant and Alison Krauss, collaborating with Don Was on a successful documentary and creating videos shared during the 20th anniversary tour for Lucinda Williams’ Car Wheels On A Gravel Road. Happily too, he’s never stopped making music as well, whether on his own or in the confines of other bands.

Meanwhile, Sax’s partner in crime, guitarist Rob Bonfiglio, hasn’t been idle either. He released several solo albums, performed with the Beach Boys, produced an album for Wilson Phillips, and toured with Brian Wilson’s band. Not bad, all in all.

That said, the unexpected return of Wanderlust offers cause for celebration, not only for those that followed them before, but also for fans of instantly engaging rock and roll, a pervasive stomp and the kind of hooks that could outfit a fleet of fishing boats. Sax and Bonfiglio prove that their chemistry is as intact as always, and the result is yet another album for the ages.

All A View boasts a sound that’s both instantly familiar and yet absolutely infectious at the same time. Although the opening track “All a View” starts out with a bit of distortion, the tracks that follow, particularly “Inspiration,” “Something Happens” and “Million Pieces,” resonate with irresistible refrains and a sound that brings to mind McCartney, Badfinger and numerous other purveyors of power pop, past and present. A welcome return that is a view that any number of like-minded admirers can easily accept. 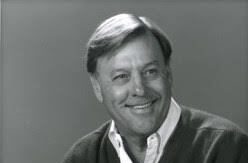