The unofficial tagline to Fly by Midnight’s new EP, Plus One, reads simply as: connectivity in a year of disconnection. Appropriately, the four-track release boasts a handful of pop acts rising in the indie scene, including Clara Mae, Shoffy, and Cailin Russo—alongside pop staple Jake Miller. Across the board, it seems Justin Bryte and Slavo are not only in the business of signal boosting but dishing up some of their most electric music to-date.

“We’ve learned a lot about how these things can be accomplished without being in the room with someone. What we’re seeing that a lot in this industry over the last year is things are possible. And you just have to pivot and learn,” Bryte tells American Songwriter over a recent phone call.

Mae’s contribution on EP opener “Lost Without You” is a prime example. The Swedish vocalist tracked her vocal to a version of the song Bryte had recorded a year before his. “We were so moved by her vocals that we actually went back in the studio to re-record my vocals to match her emotion,” he says. That’s totally out of the norm for them but results in one of the duo’s most moving setpieces.

Then, the Russo-featuring “Diamond Eyes” explodes like a kaleidoscope across a swirling midnight sky. Written with frequent collaborator Brett Truitt, who also co-wrote “Caffeine,” the thumping dark-pop track leans hard into a well-earned revitalization of their brand. “We were talking about how soon you can work on a song before it’s sitting there, especially being on a label,” offers Bryte. “This EP had a completely other song we were going to go with to conclude it.”

Feeling like the EP was complete, Bryte and Slavo turned their attention to writing songs for the next, yet-unnamed, project. But on one particular day, Slavo came into the studio with a melody but expressed a desire for something “a bit darker and 100 percent faster.” Fly by Midnight’s repertoire is littered with mid-tempos, so they were aching for something with more ferocious intensity. “We felt it was too special to wait to release it,” says Bryte. They swapped out songs in a career move that should hopefully propel them to the next level.

Russo came into the picture as one might expect these days: over social media. Having heard the track through various network channels, Russo DM’s Bryte, asking him if she could hop on as a feature. They quickly connected via FaceTime, and the next day, Russo recorded her parts. Such a serendipitous turn is as the stars aligning, and Fly by Midnight are quite used to by now.

In the accompanying, self-directed visual, Bryte enlists go-to creative and art designer Sergio Bienati to transform Bryte’s apartment into a video set. “Compared to the other videos, this is the one we wanted to contrast with some sort of sarcasm, I suppose,” offers Bryte. The web-like production certainly contradicts the video’s bright neon hues and quirky dance moves, indicating they are just getting started in their careers.

Fly by Midnight first hit the scene with 2017’s Cover Charge, a collection of pop covers including Harry Style’s “Sign of the Times” with The Janes, Julia Michaels’ “Issues,” and “Hotline Bling” by Drake. Bryte and Slavo left an indelible imprint, setting the stage for several original releases, from New York Nostalgia to Rerunning, both in 2018. But it wasn’t until 2019’s Happy About Everything Else when they collected their most-streamed song to-date, the Betty Who-starring Lovely,” which has amassed 17.5 million streams, and broke through the static. “Part of the journey in today’s world, and it’s something Slavo and I have tried to instill within one another, is that it’s impossible to try and outdo yourself in streaming. That’s a struggle a lot of up and coming artists are dealing with.”

“We don’t really get worked up about that sort of thing. Sometimes, songs hit their stride a year or so after,” he adds.

“Being an artist in today’s world, new fans are coming everyday, and they don’t know about that grind. A lot of people think we came out of nowhere the past year,” notes Bryte. Their winding journey is a notable one, a testament to their willingness to put in the hours ─ and it’s paying off in huge ways. Of course, Bryte and Slavo are breaking out in a time when the world looks very differently than it did just three or four years ago.

“You think about the albums released over the last year like Niall Horan and Shawn Mendes. Not everyone knows every single song, but there are opportunities to make songs hit in waves. It’s not only about Spotify anymore,” remarks Bryte. “It’s TikTok, movie and TV licensing and syncing. Truthfully, I genuinely think we’re releasing music in a gold age of publicity. There are so many opportunities.”

During their appearance in the Bringin’ It Backwards podcast last year, the duo expressed how much an artist like Betty Who, for example, has greatly influenced their work. “Every artist is a music fan before they’re an artist. The difference is as you mature as an artist, you don’t only take inspiration from one album,” Bryte explains. Currently, he’s very engrossed in 1990s pop and alternative culture, even though there’s “not one album we’re potentially trying to emulate.” That said, Bryte has been deep-diving into Third Eye Blind for potential inspiration.

Sources of potential songwriting tidbits goes much further than other musicians. Bryte has been greatly impacted by Japanese author Haruki Murakami, most known for his romance and fantasy novels. “Especially for the new music we’re writing, we’ve found different narratives to explore. Even songs from the EP, like ‘Automatic,’ I don’t know when the last time we wrote a song that was a positive reinforcement of romance and love. There’s been a lot of songs about longing for someone out of reach. This song is a new narrative we hadn’t explored as much.”

Plus One is Fly by Midnight at their most adventurous. As the business model continues to drastically shift, forcing artists to continue to adapt, they’ve realized things they don’t want. As their last release for indie label Snafu Records, the EP signals both an end and a beginning, particularly as it relates to future professional endeavours. “You learn a lot about the kind of artists you want to be. I don’t think at this point in our career we want to be major label artists. That’s not to say next year that may change. We just creatively have a vision, and we’re not really looking for anyone to comprise that. Also, nothing is more annoying than to be told by your label your release is being delayed. It’s ready to go and just sitting there. We’re excited to go back to that one-on-one with the fans directly.”

The hope is to release “a lot more than four singles in one year. Maybe it’ll be a song a month or two songs a month. Maybe an EP here, an album there. A two-track drop here,” teases Bryte. “There are a lot of new stories we are starting to write. We’re going on six years together, so how do we keep it fresh for us? What we’ve been exploring is how to tie songs together more than ever before.”

Having signed to Prescription Songs at the end of 2020, Bryte and Slavo hope to expand their musical repertoire, as well. “We want to become more eclectic in the artists we’re writing for. We love country and hip-hop, as much as we love pop,” offers Bryte, who also drops a bombshell that they’re working on new Clara Mae and Betty Who records. “We’re not opposed to dropping a country song tomorrow and then an EMD feature next week.” 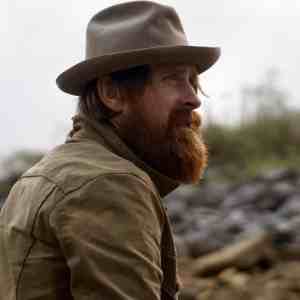 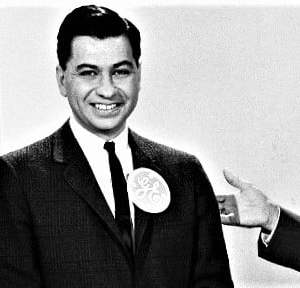