To that end, we wanted to share 12 new works of music to brighten your day and share the good word of composition. So, with that in mind, here are 12 songs for you today.

The clever, eye-catching artist released her newest single today (November 11), “If Jesus Was A Rockstar.” The track features an acoustic open and a pop beat with bright harmonies and winking wordplay. Check out the newest offering from the burgeoning music icon below.

The unlikely collaborative force known as Nell & The Flaming Lips, which features the young singer Nell and the established indie rock band The Flaming Lips, released its latest music video earlier this week for the single, “Into My Arms.” Check out the emotive, thoughtful track below. The group released its album Where the Viaduct Looms and the physical version is out in December HERE. (Check out our interview with Wayne Coyne of The Flaming Lips HERE.)

The brooding pop stalwart released his newest EP, Live at Electric Lady, earlier this week. The live album features four songs and features lush instrumentation to go along with Perfume Genius’ tear-jerk, heart-pounding songs. Check out the work in its entirety below. (Check out our recent interview with Perfume Genius HERE.)

The rock group released its latest single this week, “Heaven Is A Place,” which is the second from their forthcoming album, Electrophonic Chronic, out January 27 via Dan Auerbach’s Easy Eye Sound. The new track honors the passing of their bandmate Richard Swift and frontman Auerbach offers lamenting vocals atop the swelling music.

The popular rap group released its latest LP, Elevation. The 15-track album spans genres, from rap to pop to Latin. Here, we wanted to share the catchy opening track, “Bailar Contigo,” a sticky, fun romp exemplifying the tone and nature of the Black Eyed Peas’ new offering. Check out the new track below and enjoy the new album today.

Memphis-based group Southern Avenue released its latest offering, “That’s All,” a funky song featuring pulsing vocals and energizing harmonies. The song, a cover of the 1983 Genesis tune, showcases the group’s passion and unifying sound. Check it out below (and check out our interview with Southern Avenue HERE).

Comedian and rapper Hannibal Buress released his latest single “Knee Brace,” under the moniker Eshu Tune, a name derived from the benevolent trickster god Eshu. Buress calls the skillful track his “magnum opus.” Check out the entertaining song from the multi-hyphenate below (and check out American Songwriter’s interview with Buress HERE).

Malaysian alt-R&B singer Yuna debuted her anticipated new full-length album Y5 today and with it comes the new single, “Can’t Get Over You.” Check out the dreamy single from the talented, rising artist below (Check out Americans Songwriter’s interview with Yuna HERE).

Globally-known songwriter and producer Steve Aoki has released a re-imagined, energetic edition of his latest album, HiROQUEST. The new album, HiROQUEST: Genesis Remixed, features remixes from Timmy Trumpet and Crankdat. It also includes the latest collaboration with Taking Back Sunday for a remake of the rock band’s genre-defining song, “Cute Without The ‘E’.” Check that out below. (Click HERE to read American Songwriter’s interview with Aoki.)

The high-energy band released a new live album, 11-11-11, which was produced in the spring of 2011 after the band was approached by Solomon R. Guggenheim Museum for its Maurizio Cattelan retrospective. Check out the opening track, “Introduction,” from the new live album below.

The acclaimed rap group Run The Jewels have released a new remix version of their beloved RTJ4 record. Check out one of the hottest of those new song versions, “santa calamifuck (Eva, Chucho, Yulian x Nick Hook’s versión),” below and let your heart bounce, your ears jump and your feet follow in fantastic form. 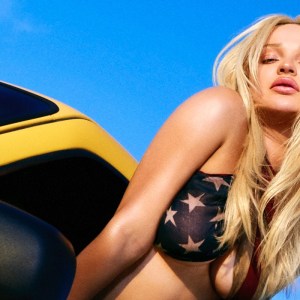