“‘People say ‘What’s the music industry like?’ And I say ‘I have no fucking idea,’” Foy Vance explains to American Songwriter over a Zoom call from his home in Scotland. “I’ve never been in the music industry. My manager is in the industry, my agents, the PR guys, and the label are in the industry. That’s their job. They do all that shit. It’s my job to be interested and explore. And I would do that even if no one listened.”

This sentiment led the songwriter into his new album, Signs of Life. Released September 10, the 13-track collection is the acclaimed singer-songwriter’s sophomore effort as part of Ed Sheeran’s Gingerbread Man Records/Elektra Records and his fourth career LP. Vance’s latest collection chronicles a reckoning that unfolded in the years since The Wild Swan in 2016. Steeped in salvation through subtle instances of rebirth, Signs of Life captures a spiritual awakening and the revival of a soul that nearly departed.

Having spent the last two decades on the road, Vance points to the last eight years as the most strenuous. His daughter from his first marriage joined him for a year-and-half, and when he met his next partner and had a second child, it all became too much. Days spent in the van, sitting around a dressing room alone, being away from family while living out of a suitcase, all distanced him from what brought him into his musical journey in the first place—songwriting.

It was about six months after his third child was born. His eldest daughter, Ella was coming up on 16 and had gotten into a theatre school in London. Vance and his family reside in the Highlands of Scotland—way away from everything. He recalls, “We were very proud of her. But, I was kind of shitting myself about leaving this, peaceful paradise and going down to the washing machine of a city again. But we did it, and I finished my touring.”

He began work on his next record, which he initially titled Republic of Eden. It wasn’t until he sat down to write that Vance was able to measure the emotional damage induced by his non-stop lifestyle. Desperately seeking honesty, he still struggled to find his own truth in the lyrics. Upon this realization, he adds, “I was masking every emotion I have with all kinds of stuff that you do when you’re on the road to keep you going.

“But it became apparent very quickly, that I was just kind of going through the motions,” he admits. “I’ve been on the road so long, I think it got ingrained in me like oil in the hands of a mechanic. It took a while to recalibrate to what you might call ‘normal life’— waking up in the same bed every day.”

His manager Steve Bursky played an integral role in this shift, expressing Vance was “pissing away” not only major career opportunities but also his hopes for a “good family.” Bursky’s insistence awakened Vance to the new means of existing and creating. With a clear head, the artist sat down to write “Sapling”—the first true song he penned for his new project. He had plenty of ideas for the record, but everything he wrote until that point felt redundant, or as he describes, “a bit dormant.” He continues, “They didn’t have any raison d’être so to speak; they were just songs that I put together. But when I wrote ‘Sapling,’ I knew I was being honest with myself.”

“Sapling” was his first sign of life after treading scorched mental terrain for so long. The rest of his new album blossomed from this promising root, shifting the winds of the entire project. This pivot point allowed Vance to shift gears from automatic—“throwing some songs together for the sake of releasing something”—to intentional. The songs he had demoed from his earlier catalog now felt “a bit ad hoc.”

“When I woke up to what I was doing, how I was kind of being, how I was exploring my days, and how I can explore them a lot better, I regained an interest,” says Vance. Walking through this period of sobriety, music became even more of a life raft for the artist. He continues, “It’s always provided a sense of safety and security to me. And I think I just lost that by going on the road so long and, and not writing—which is what I love most.”

His percussive “Time Stand Still” is based around a riff Vance has held onto since 2001. But after Bursky’s intervention, the artist finally found the words and emotion to fill into the empty spaces. “I was pissing it all up the wall,” Vance admits. “It was him that made me get help. And in those moments, you do wish time would stand still. Can’t I just stop here and sit at this moment before I have to take up that mantle?”

When he wrote “Sapling” he had a daughter and a son. Since then, Vance proposed to his now-wife, and actually married her the next day. As an ode to her and their commitment, Vance included “We Can’t Be Tamed”—a song written when his then-girlfriend moved from London to join him in the Scottish mountains—on the album.

Then came the title track “Signs of Life,” which he wrote the day before his second son, Sol, was born, whose name ultimately served as an acronym for the song and album title. Slight premonitions like this reinforced Vance along the way, reminding him that he was, in fact, headed in the right direction. But working out of his Pilgrim studio at home on the shores of Loch Tay, and out of another recording set-up in a nearby Dunvarlich House, he “over-immersed” himself in the project, and began losing sight of the final project. Dunlop, a producer friend from back home with a keen ear for the scientific side of things, got him back on track.

Across 13 tracks, Vance inventories hard truths in a self-reckoning that ultimately enhanced his artistry. Signs of Life serves as a not-so-subtle reminder of what he could have lost had he not slowed down to re-frame his perspective.

“Here’s the truth of the matter, I got into this because I love music —I fucking love it. I couldn’t do without it. My life has changed because of it. It’s been a revelation and a revolution, true salvation to me. And it remains that to this day,” Vance shares. “And if nobody bought my record, I would still make another one. And have nobody bought that one. I would still make another one.” 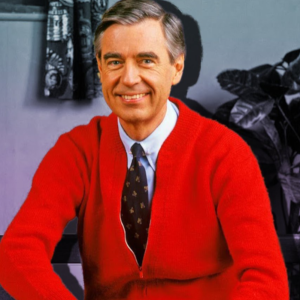