Dan Wriggins’ voice—gravelly and plaintive and guttural—is one of those voices that gets in your head and stays there, wringing emotion from unseen reserves.

With his folk outfit Friendship, Wriggins’ vocals are sometimes muffled, but in a new solo project, they’re foregrounded in a visceral, almost tactile way. You can hear that quality in the Philadelphia singer-songwriter and guitarist’s recent singles “Dent”, “The Diner”, and “Mr. Chill”, and you can also hear it in his latest offering, “Lucinda on June Bug.” Premiering below, the track finds Wriggins seeking solace in old favorites during difficult times.

I guess one of these days / I should expand my horizons / but while I’m healing up / let me stick with what I know, Wriggins drawls in the alt-country number over spare organ, guitar, and drum parts. The song ends with Wriggins updating an infamous George H. W. Bush line: Lucinda on june bugs / Prince on crying doves / read my salty lips / no new love.

“I love discovering new artists, the more arcane the better,” Wriggins tells American Songwriter via email. “But when I’m feeling extra rough, e.g. right after a break up, I can’t be bothered. I want to be comforted by the songs and flicks I already know are good. That’s what this one’s about.”

“Lucinda on June Bug” will appear on Wriggins’ debut effort under his own name—an EP titled Mr. Chill, which arrives next month via Orindal Records. “I recorded the EP with Brad Kreiger at Big Nice Studio in Lincoln, Rhode Island,” recalls Wriggins, who grew up in Maine. “My friend and bandmate Michael Cormier produced it—on this song, and on most of the EP, he played drums and Hammond organ. We used the biggest kick drum we could find. We did a couple versions of this one, with different mic placements, and different levels of room noise and bleed. This is, if you can believe it, the version with the least amount of room noise. I love how Mike played the organ like a mirror to my voice.”

Despite its melancholy feel, “Lucinda on June Bug” also shows Wriggins’ silly side. “I hope people think the song is funny, and take the title [as] I meant it: ‘Lucinda on June Bug’ means ‘Lucinda Williams’ body of work on the topic of june bug(s),’ the way an egghead might say ‘Tolstoy on morality’ or something. I also hope people like the George H. W. Bush joke at the end.”

Jokes aside, the song’s most crushing lyrics come in the opening verse: You rolled up to my life / on your bulldozer / reducing everything in sight / including me to rubble, Wriggins croaks, his voice heavy and heavy-hearted. You turned me on to a whole lot / way more than I could handle / now I’m hightailing it back / to my comfort zone.

Mr. Chill comes after Friendship’s 2019 album Dreamin’, but Wriggins didn’t want it to be another Friendship project. “I had played a couple of [the songs on Mr. Chill] with Friendship, and wrote the rest in the summer of 2020,” says Wriggins. “I had been planning to put some music out under my own name, but Covid sped the process up considerably. Some songs feel a little more like band songs or a little more like solo songs when I finish them, but the distinction is blurry.”

“I was listening to a lot of old Utah Phillips recordings while making Mr. Chill,” Wriggins continues. “He’s not so much a musical influence as a personal hero, but I think listening to him did encourage me to sing louder. I recorded five Utah Phillips covers in the same session. I don’t know if they’ll see the light of day, but it was fun.”

Maybe one day we’ll hear those covers, but for now, check out “Lucinda on June Bug” below.

“Lucinda on June Bug” is out now. You can pre-order Mr. Chill—out March 12—here. 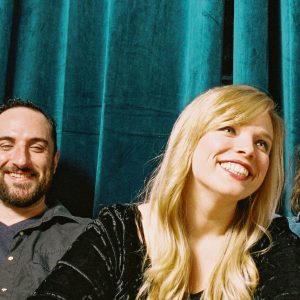 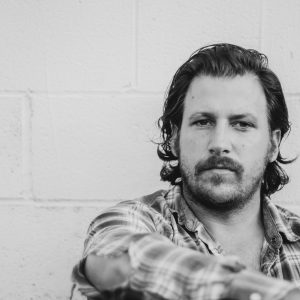