On October 9th of this year, John Lennon would have turned 80 years old. To commemorate the momentous occasion, Morrison Hotel Gallery reimagines what it means to be a dreamer in the digital age with its latest online exhibition, opening today, October 1, 2020 with select works on view at both its Los Angeles and New York City outposts by appointment only.

Through the visionary and photographic masterworks from Bob Gruen, Ethan Russell, Astrid Kirchherr, and Allan Tannenbaum, among others, In His Life retrospects the artist and activist’s colossal rise.

A virtuoso who drove the British Invasion to its cataclysmic tipping point in his harnessing of music as a medium for evoking change, Lennon was a trailblazer from the very onset as seen through the early lens of Kirchherr — who captured some of the Beatles most formative, pre-fame moments — an unwitting preface for the mania of mainstream acclaim that would ensue soon thereafter.

With a calamity which rings true of virtually any great creative revolution, the next two decades would place the bespectacled Beatle at the epicenter of history-defining moments. From the making of generational anthems to conceptual works in legendary collaboration with Yoko Ono, his signature acerbic wit offers fans and critics alike a compelling through line for one of the most profoundly enigmatic personas of the past century, blurring of lines between performance and protest.

Kicking off with the chart-topping Please Please Me and moving into the Summer of Love and Sgt. Pepper, to The White Album (which John later proclaimed as his favorite in an interview wit Far Out Magazine) and on through the final notes of Let It Be and Abbey Road, The Beatles turned out some of rock’s most universally beloved albums.

As a solo artist, John continued to chronicle the culture with hits such as “Instant Karma,” “(Just Like) Starting Over,” and the enduring anthem, “Imagine,” which he wrote based on Yoko’s writing in her bookl Grapefruit.

Through it all, the cameras were ever-present, documenting John as rock icon, husband, stay-at-home father, New Yorker, and peace activist.

In images captured throughout the many phases of John’s life, we find him making music – sitting, knees tucked and gazing intently downward as he listens to working tracks from The White Album; we see him posing back-to-back with Yoko, his beloved “other half of the sky;” we beam at candid moments captured on tour and holiday adventures like the India trip; we find him, arms crossed, wearing a New York City T-shirt, posing against the backdrop of the city he loved and called home during his last chapter.

Beyond its familiar holdings of fine art music photography, this exhibition finds a compelling centerpiece in its offering of four of Lennon’s original handwritten lyric sheets (“Yer Blues,” “I’m So Tired,” “Dear Prudence,” “Watching the Wheels”) made available in limited edition fine art prints by the John Lennon Estate on behalf of Yoko Ono.

As the world seeks to come together to commemorate the late-great John Lennon’s birthday on the cusp of a precarious global present,In His Lifelends itself to endless cultural rumination on what was, what might have been, and that which remains eight prolific decades later.

In His Life opens on October 9th, 2020. Fans may experience the exhibit by visiting morrisonhotelgallery.com. 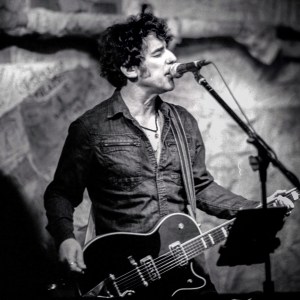 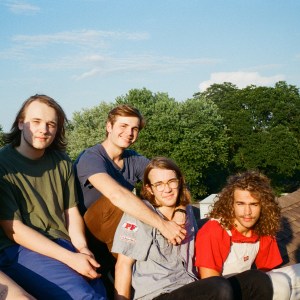