Like many artists, Jeff Slate had his entire year pretty much mapped out. Set on finishing up a new album with Earl Slick—and touring for that said album—when his original plan was thwarted following the pandemic, Slate kept performing his weekly concert series, #StayHome, right out of his East Village apartment and studio, and continued writing. As he chipped away at new tracks, he found himself attached to one song in particular, which ended up transforming the way he approaches writing.

“Heartbreak” was the song from the bunch that everyone immediately attached to when they heard it. “It became really obvious early on after I sent the song to everyone that this was the one,” says Slate, who pulled in longtime collaborator, guitarist Earl Slick (John Lennon, David Bowie), Guns N’ Roses’ Duff McKagan on bass, and Paul Weller drummer Ben Gordelier, along with guitarist Lee Harris (The Blockheads, Nick Mason’s Saucerful Of Secrets) and Jordan Summers (Wallflowers, Echo In The Canyon) on keyboards. “Everybody was like, ‘oh, this is cool. Let’s do this one,'” says Slate. “It’s hard when you’re not in the same room, because a song doesn’t always gel the right way, but this one gelled immediately.”

A partial elegy for love, “Heartbreak” can’t help but embrace the nostalgic and hit the heartstrings, yet still offer some hope in the end. It’s the kind of song that says “everything’s going to be alright,” in its welcome affirmation of You gotta live life, like you’re gonna die / You gotta take the chances, that will change your life.

Produced by Slate and Eric Lichter, and mixed by the Lexington Recording Company’s Duane Lundy and mastered by Justin Perkins at Mystery Room Mastering, in some ways, “Heartbreak” is a deeper cut for Slate, who says he intentionally pushed himself to take his songwriting to another level on this track.

“I thought, if we’re doing this digitally anyway, and there’s no timetable with an album coming out until next year, I’m going to put all my attention into this song and I’m going to rewrite everything,” says Slate. “I also had all these great musicians that seemed to believe in the project as much as I did, so I started to really refine some of the songs. It was really inspirational to have this track. When everybody heard it, they knew exactly what I wanted from them, and that says a lot.”

Visually depicting that lost feeling heartbreak often imparts, the video, directed by Alex Rosas, features animated versions of Slate, McKagan, Slick and co. venturing through loves tribulations with the singer more somber in his refrain of I took your love, I took everything / And in return I gave you nothing.

Referencing the songwriting prowess of Dylan and the musical, kinetic kinship of Tom Petty and Mike Campbell, pushed Slate to dive deeper into “Heartbreak.”

“I just thought maybe I can write at that level,” says Slate. “As a songwriter, I’ve written a lot of songs and maybe I don’t spend the time or put the kind of attention into them that I always should. A lot of times you’re just cranking it out or you have an idea or you’re just kind of rushing to finish it.”

For “Heartbreak” and this new batch of songs, Slate tasked himself with writing at as high a level as he possibly could—with a little inspiration.

“Listening to Tom Petty’s Wildflowers, Mojo, and [The Heartbreakers] Echo, or [Dylan’s] Time Out of Mind… those albums really spoke to me because all the things those guys are writing about are from that point of view,” says Slate of their “Heartbreak” link. “They’re from the point of view of older guys looking back and maybe speaking from wisdom to younger people, or from this understanding and commiseration with people of their same age.”

There’s really no specific meaning to pin on the song, says Slate, since songwriting can often be this see-saw between the unconscious and the conscious. “I think heartbreak is a universal theme, and I knew I wanted to get some hopefulness in,” says Slate, “but I wanted it to convey loss as well.”

Writing “Heartbreak” really pushed Slate to reassess how he writes by allowing the stories to flow—and edit later. “I used to sit down to write a song and I’d be like ‘this is the first verse and the second verse,’ but that’s not how the best songwriters write,” says Slate. “So I really dug in, and it’s a very simple song with just a couple of chords and the verses. It’s very bare, but by the same token I was going for impact, and I don’t know where that comes from. I think when you get into the frame of mind of the right creative space, it just happens.”

Leaving some room for improvised switches, when Slate was working on the final vocal, he switched up the You gotta live life lyric ending from You’ve gotta make the choices to You’ve gotta take the chances, which he says changed the entire song, for the better.

“It’s not a big change, but it’s a really impactful change, and it was the one to use,” says Slate. “I think you do have to take chances, and sometimes your choices aren’t always the best way to go. Sometimes it is about taking chances.”

Moving into 2021, Slate is still writing and planning on releasing his new album, along with Slick and other collaborators. With all the time in the word—literally—and no studio clock to watch, Slate wants to revisit some of the other songs he has filed away so that they match the caliber of “Heartbreak.”

“I’ve fallen into the trap many times about writing about love and loss over and over,” admits Slate. “I think as songwriters, we need to try harder. Still, as storytellers, what comes out, comes out, but I’m just trying to write songs as good as I can.”

For Slate, “Heartbreak” has pushed him to another level in his craft. “There’s something I’m really proud of about this song that I didn’t expect,” he says. “I feel like I’ve achieved something and built a roadmap for the future with it, because it’s a little bit of a different sound. I feel like I worked harder at the craft of songwriting than I had in awhile. I tried really hard to make it personal but also be universal, to have a good melody and capture a particular sound and vibe that I’d always heard in my head, but wasn’t always able to capture.”

Slate adds, “I think it’s more about quality than subject matter. I will never write as great as Bob Dylan or Leonard Cohen or Joni Mitchell or Tom Waits or Joe Strummer or whoever else I love as a songwriter, but there’s no reason not to try.” 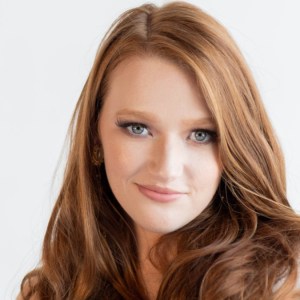 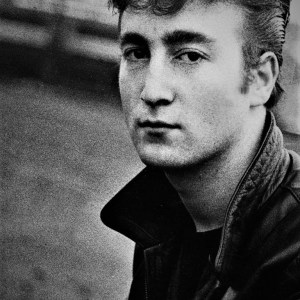