“I think that if you can’t make something out of nothing, then you shouldn’t even try to be in that space,” Tai Verdes tells American Songwriter. “If you’re a basketball player and you don’t want to go outside and dribble a ball, then you’re probably not going to make it to the NBA. If you’re a songwriter and you’re not going to try to dig it out of the mud, then you probably don’t really have what it takes to make it.”

While you might not have heard Verdes’ name yet, he speaks on the subject of “making it” with good authority—last year, nearly overnight, he went from working 9-to-5 in a Verizon Wireless store to being an international hit, topping Spotify charts and racking up millions upon millions of streams and views for his work. So, what was his secret?

Well, a couple things. First—and perhaps most zeitgeist-y—TikTok. Quickly seeing the potential of the platform, once Verdes started to find his voice in early 2020, he started building up a presence. When he dropped his single “Stuck In The Middle” last May, it spread like wildfire—since then, it’s been used in over 2.6 million videos on the app, bringing in over 2.5 billion views in total.

But beyond his online virality, there’s another secret up Verdes’ sleeve, one that might explain why so many people connect to his tunes: his personality and drive. See, not only is Verdes hardworking, down-to-Earth and irresistibly good-natured, but he endows his songs with a little nugget of himself, in effect spreading his good vibes with the world. Now, on May 20, Verdes put out the best encapsulation of his talents and blessings to date: his debut studio album, TV.

“I wanted TV to be an introduction of where I come from and what my story has been the past three years,” Verdes said. “If you press play on the first song, down to the last song, it’s just my life as a TV show—moving to Los Angeles, dropping out of school, feeling alone, experimenting with drugs, meeting a girl. We ended up breaking up—‘feeling this bad never felt so great.’ Then, my mom tells me I’m gonna be okay, ‘A-O-K.’ So, I kinda wanted to make this album mean something. I want every song to have a meaning, to have its place.”

That’s one of the coolest parts about Verdes—for as much talk as there is about TikTok and other internet trends diminishing the length and thematic meaning of pop music, TV is like proof of concept that an artist can walk both lines at the same time. Full-length, meaningful records and 30-second sound bytes don’t have to be mutually exclusive. “I just wanted to show the depth behind the artist with this album,” Verdes siad. “If anyone wants to put their time into my music and listen to the 35 minutes or whatever, it’s honestly me raking through my emotions and trying to be as genuine and honest as possible with where I am right now.”

And where Verdes is right now is certainly a better place than where he was a year ago—when “Stuck In The Middle” blew up, he was still working at Verizon. Nonetheless, he’s thankful for every step of his journey.

“I don’t like nine to five jobs,” he said frankly. “You can’t waste time doing stuff that you just don’t like. But, with the Verizon store specifically, that was the first job I had that I didn’t hate—I didn’t have to do anything. I was a luxury sunglasses seller and then I was a referee for a corporate sports league—that was weird. But the Verizon store was nice. It was the beginning of COVID and nobody walked in the store. It really gave me the space to promote—I was on calls with, like, every record label while I was in the store. I was even making YouTube videos in the store. I don’t think that a lot of people realize that this really came from the ground up. So, I wanted to make videos in there almost to have video evidence of where it came from, as opposed to these random people who pop up on the radio or social media. If you want to see the first video I ever posted, you can go see it right now. Not a lot of people can say that.”

The fact that Verdes literally built up a full-fledged music career from ground zero in under a year, essentially, is another testament to his unvanquishable drive to create and share his music. At first, Verdes didn’t even really have a way to produce his own music—rather, he would come home from work, log onto YouTube and scroll for hours, looking for the right beats to match his ideas (part of the “dig it out of the mud” he alluded to earlier).

“I would literally come back, look on YouTube, go to beat stores and find a good vibe,” he said. “I was trying to do something that was authentic to me, but something kinda different still. I would go to the seventh level of hell to figure out what my next song was going to be for a minute.”

Nowadays, with much more clout behind him, finding beats and producers to make them is an easier process for Verdes (who works like a madman—he says he’s got two more albums already ready to go). Still, he cites the hours upon hours he spent searching for beats as merely a portion of his dues as a songwriter. Even to this day, he still maintains that a strong work ethic is paramount, especially in the social media age.

“There’re a lot of artists right now who don’t want to spend time on social media because they just want to let their music find its own audience or they’re too indie for it, blah, blah, blah,” Verdes said. “That’s all bullshit. You should want to connect with as many people as possible. TikTok can connect you with people—you should be using it because that’s where the audience is. It doesn’t really matter how it comes to be, we just need to get in front of that. Like, Doja Cat had to release ‘Mooo!’ in order to break onto the internet and start her music career. There’re a lot of people that break onto social media by consistently uploading content—if you don’t want to do what it takes, there’s no way into the arena.”

But if you do want to do what it takes, then you’re cooking with fire, especially with the tools of TikTok in artists’ hands. “I think any artist that’s coming up is dangerous because they’re not afraid to market themselves,” Verdes said. “The old school artists need a team to do that. But all the TikTok artists are a one-man-band-and-marketing-and-music-writing machine. They can do it all, to their own degree.”

Verdes is right—between TikTok, YouTube, Spotify and all the other platforms that have utterly revolutionized the music industry in the past decade, artists have never had more access and ability. Even TV itself is a testament to the power of TikTok—much bigger than just a sound byte to dance to, the record proclaims the story, heart and soul of Verdes for the world to hear. Witnessing this all first-hand, Verdes is just honored to be a part of the movement of artists who’ve used TikTok as a launching pad for something big, bold and beautiful.

“There’s a new wave coming,” Verdes said, “and I want to be at the front of it.”

Tai Verdes’ debut album TV is out now and available everywhere. Watch the music video for the single “A-O-K” below: 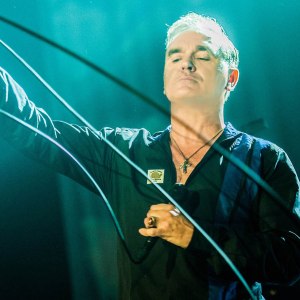 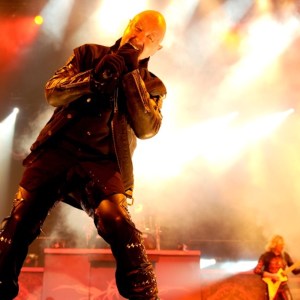