If you’ve been on social media in the last six months, you’ve probably heard “I AM WOMAN” by Emmy Meli.

I am woman, I am fearless
I am sexy, I’m divine
I’m unbeatable, I’m creative
Honey, you can get in line

Do those lyrics ring a bell? “I AM WOMAN” has been used in hundreds of thousands of videos, even before its official release on November 18, 2021. The lyrics are endlessly inspiring, building the confidence of women all over the world. Combined with a catchy drum beat and a tune bound to get stuck in your head, “I AM WOMAN” is the blueprint of a viral trend song.

Who is Emmy Meli?

At just 22 years old, Meli captivates her listeners with a unique voice and youthful perspective. Growing up as an only child in California, her music taste was largely shaped by her music enthusiast father. She was raised listening to Amy Winehouse, Barbara Lewis, and Betty Everett, who all influenced her musical style.

In her bio on Spotify, she shares that she hopes music can “help people express their deepest thoughts and feelings, and forget their troubles for five minutes.” “I AM WOMAN” did that, and more.

I am feminine, I am masculine
I am anything I want
I can teach you, I can love you
If you got it goin’ on

Writing “I AM WOMAN.”

Meli’s inspiration for the song came from little mantras she would say to herself every morning. “I am woman,” and “I am fearless,” were two of them. While rehearsing with her band one day, she realized these little mantras she used to keep up her confidence could be a great hook for a song.

Using a drumbeat she found on YouTube and thinking up more “I am” statements, “I AM WOMAN” was born. Regarding the process of writing the song, Meli said: “I wanted the whole song itself to be like an affirmation for people because originally I wrote it to inspire myself every day.”

I am classy, I am modern, I live by my own design
I’m cherry, I’m lemon, I’m the sweetest key lime pie
I’m electric, I’m bass, I’m the beat of my own drum
I could make your goosebumps raise with the tracing of my thumb

The Road to (TikTok) Fame.

While Meli has been releasing music since 2020, “I AM WOMAN” is her first major hit, blowing up literally overnight. When she posted a TikTok of herself singing the chorus of the song a month before its official release, she only had 5,000 followers on the app. The next day, the video had been viewed by hundreds of thousands of people.

In an interview with Variety, Meli recalled the moment she realized her song had become an overnight sensation. “I literally posted it at 9 p.m. on a Tuesday night, and then I went out to a bar with my friends and I really didn’t think anything of it. I didn’t even check my phone the whole rest of the night,” she said. “The next morning, I woke up and my friends were like, ‘Emily, wake up. Look at your TikTok.’ The explosion had begun. And then I was like, ‘Well fuck. I have to write the rest of the song now.”

Listeners took the song that Meli gave them and ran with it. A viral trend on TikTok showed women glowing with pride as “I AM WOMAN” played in the background. Now, the song is featured in over 500,000 videos on TikTok and over 700,000 on Instagram.

Women used Meli’s song as a backdrop for their own stories of personal growth. Some women used it to document their journeys through their careers.

Some used the song to share their experiences as mothers.

Others used the trend to look back on their lives and take pride in how much they have overcome.

Most of all, people created videos to echo the message of self-love that makes “I AM WOMAN” so special.

While “I AM WOMAN” has become a self-love anthem, following up a massive hit is difficult for any artist. Meli is currently working on her debut album, and she is grateful that the song has given her a massive platform to share her other music.

“While ‘I Am Woman’ is an amazing song and is indicative of my talent, I have so much more to show,” she said.

Check out the thousands of videos inspired by the song HERE, and listen to “I AM WOMAN” below. 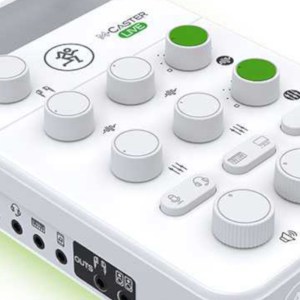 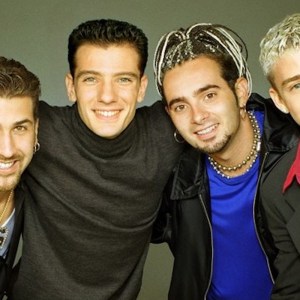