“Oh, that’s the song from TikTok!” is probably a phrase we have heard (or used) all too often over the last few years. The short-form video app has developed a reputation for blowing songs up overnight— literally.

Artists have used TikTok to promote themselves and their music, playing to the app’s algorithm to reach as many new listeners as possible. This strategy has worked for both established stars like Charlie Puth and up-and-coming singers like Gayle. It’s no secret that social media is a powerful marketing tool for artists, but TikTok has changed the game entirely.

Some musicians swear by the power of TikTok, and others still dismiss it entirely— but why? What has allowed TikTok to take the music industry by storm?

TikTok’s algorithm is one of the features that makes it so convenient for artists to use. On other platforms, the more followers an artist can accumulate, the more people can see their content and access their music. However, TikTok is special because it isn’t just about how many followers you have—it’s about playing the algorithm.

TikTok’s most popular feature, the For You Page, feeds users videos based on videos they like or comment on instead of just showing them content by people they follow. The algorithm keeps track of which videos people watch all the way through, and offers users an “endless scroll.” While Instagram, Twitter, and Facebook will eventually run out of new content to show in a person’s feed, TikTok’s algorithm never runs out of new videos to show.

This format benefits artists because their music can be shown to anyone, not just their followers. Since the For You Page feeds users content beyond the accounts they already know, anyone (and sometimes everyone) can see a song that an artist posts to TikTok.

Songs that go viral on TikTok fall across the board in terms of themes and genres. While there is no true formula for creating a great TikTok song, there are ways to play to the app’s algorithm and get people to engage with a song. We explored what makes a few different TikTok songs great, and how you can make a song that users (and the algorithm) will love.

Warm and fuzzy feel-good songs do well on TikTok because even just a snippet of them can brighten your day. Possibly the best example of this is “A-O-K” by Tai Verdes. The tooth-achingly sweet song was released in May 2021 after Verdes teased it for several weeks on TikTok.

Verdes’ “Stuck in the Middle,” went viral on TikTok in late 2020, giving him a massive platform to share his new music. Most of his videos had hundreds of thousands of views already, if not more. But when Verdes first teased “A-O-K” in April 2021, the video hit over 40 million views. “I just wanna make you feel 2% better when you listen to this song,” he says in the video.

Clearly, it worked. “A-O-K” reached over a million streams within just two days of its release. Many declared it the song of the summer, with one comment even calling it “the trailer for 2021.” The song now has over 192 million streams on Spotify, and it is featured in over 1.2 million TikToks.

“You could make a great dance to this”

Doja Cat has had a number of hits go viral on TikTok, but “Say So” took her music to a whole new level. When TikTok user Haley Sharpe created a dance to the song in the fall of 2019, it exploded on the app. Even Charli D’Amelio, the most-followed creator on TikTok, hopped on the trend. If you were scrolling through the For You Page between October 2019 and February 2020, it was practically impossible to avoid “Say So.”

Day to night to morning, keep with me in the moment
I’d let you had I known it, why don’t you say so?
Didn’t even notice, no punches left to roll with
You got to keep me focused, you want it, say so

Doja Cat quickly caught on to the dance trend and used it to her advantage. When it was time to make the music video for “Say So,” she incorporated Sharpe’s dance into the sparkling, 70s-inspired video. She even invited Sharpe to appear in the video, acknowledging that her dance was a key part of the song’s success.

In the comments of the “Say So” video, one fan noted, “That’s actually really admirable that she incorporated something created by her fans.” With over 11 million people participating in the dance trend to date, Doja Cat introduced a brand new way to connect with fans through TikTok. If fans think your song is dance-worthy, why not dance along with them?

When Charlie Puth posted a video using the flick of a light switch as a sound bite in a song, viewers were immediately hooked. The video, posted on September 16, 2021, was just the beginning of nearly four months of TikTok teasers for the song. “Light Switch” was instantly captivating, with a fun groove and a unique motif. You turn me on like a light switch *click* was stuck in everyone’s heads months before the song was released.

When “Light Switch” finally came out on January 20, 2022, it was an immediate hit because Puth’s audience had been anticipating it for so long. In a statement, Puth noted that documenting the creation of “Light Switch” over TikTok made it special because fans “almost wrote it with [him].”
Even two months after its release, “Light Switch” still sits at No. 41 on Spotify’s Global Top 50.

One of the most recent examples of a hook getting viewers interested in a song is “abcdefu” by Gayle. Gayle’s idea for the song actually came from a TikTok comment, challenging her to “write a breakup song using the alphabet.

I was into you, but I’m over it now
And I was tryin’ to be nice
But nothing’s getting through, so let me spell it out
A-B-C-D-E, F-U

Instead of playing nice and wishing her ex well, Gayle stays true to her anger and expresses how she really feels. At just 17 years old, she created a gritty anthem for teenage angst and frustration with modern relationships. On an app dominated by Gen Z, it is no surprise that this hit home with many users.

Riddled with cursing and vengeful lyrics, many users took the song and used it to express their frustration with their lives and the world in general. It is currently featured in over 2.5 million TikTok videos.

But “abcdefu” didn’t just inspire a TikTok trend for young people— it became a universal hit. The song is currently at No. 4 on the Billboard Hot 100 alongside major artists Adele and Justin Bieber.

Alexander 23’s single “IDK You Yet” perfectly captured the heartache and loneliness of the early days of quarantine. The song started as nothing more than a voice memo on his phone, but when he posted it to TikTok, it suddenly became much more. The video, posted on March 29, 2020, is less than a minute long. Alexander 23 only revealed the first verse and pre-chorus, but listeners immediately wanted to hear the rest.

The simple guitar notes and the longing in his vocals emphasize the feeling of isolation so prevalent in the lyrics. Even more than that, it reflected how everyone was feeling in March 2020: alone. People expressed the connection they felt to the lyrics in the comments, writing messages like “Thank you for putting this feeling into words” and “A song I never knew I needed.”

While Alexander 23 already had a fanbase, “IDK You Yet” propelled his music to new heights. On Spotify, the song has over 324 million streams— nearly seven times as many as his second most-streamed song.

“IDK You Yet” is special not just because it blew up on TikTok, but because it blew up in March 2020. This was a time when TikTok saw a huge influx of users, as many people downloaded the app to pass time. Music was a way of connecting not just with artists, but with other people experiencing the same loneliness.

It may not have inspired a trend, but “IDK You Yet” spoke to people in a unique way. Even if they had never heard of Alexander 23 or listened to his music, they could hear this song and feel his emotions.

Although TikTok is known for helping artists promote new music, in some cases, it also helps resurrect old music. “Heat Waves” by Glass Animals was released in June 2020, and now holds a record-breaking 59-week rise to No. 1. How did a nearly two-year-old song finally beat “We Don’t Talk About Bruno” (another TikTok hit) on the Billboard charts? The answer is TikTok.

Sometimes, all I think about is you
Late nights in the middle of June
Heat waves been faking me out
Can’t make you happier now

A trend emerged with chorus lyrics: Sometimes, all I think about is you. People used this snippet of the song to make edits of their favorite fictional characters or meaningful times in their life that they think of often.

Once the trend became popular, many TikTok comedians flipped the meaning of the lyrics and made videos of things that no one thinks about.

Now entering its fourth week at No. 1, “Glass Animals” is proof of TikTok’s influence on the music industry. While it was well-received when it debuted two years ago, no one could have predicted that it would rise to the top of the charts in 2022. That is the great power of TikTok music.

The Key to a Great TikTok Song

While there is no big secret (at least that we’re aware of) to making a song go viral on TikTok, there is a commonality across all these examples: connection. TikTok provides a way for artists and fans to interact that cannot be found on other forms of social media. It gives people a way to learn about musicians they may never have heard of otherwise. It gives smaller artists a chance to gain a following before they have even released music.

Although it’s controlled by an algorithm, TikTok is almost organic. What you see on the For You Page is what other people are liking, interacting with, and watching all the way through. Sure, you can use one of these themes to get more people interested in a song. But what it comes down to is what music has always come down to—people have to resonate with it.

In a way, TikTok levels the playing field because it does not matter how famous you are or how many followers you have. The popularity of a video is up to the people who view it. And if they like what they hear in a 15, 30, or 50-second video, chances are, they’ll give your music another listen. 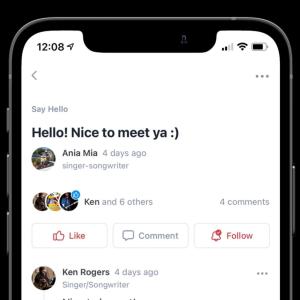 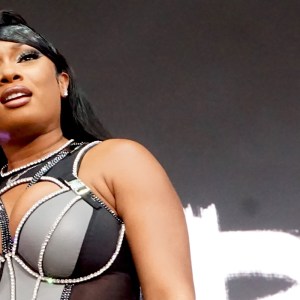