A text pops up: “heyyyyyyyyy”

Seconds later, another one: “i miss u”

Jasmine Thompson is not having it. This is a staged conversation for a music video, but the sentiment is all too real; someone from the singer-songwriter’s past is resurfacing now that she’s moved on. “Funny,” her new single with Zedd that oozes confidence, laughs in the face of such people.

“Whenever people feel like they’ve lost you is when they give you the attention you should have gotten in the first place,” Thompson tells American Songwriter from her East London home. “Not to say that they need to bow down to you and give you flowers every day and things like that, but it’s more [that] some people really only see what they’ve lost once it’s gone.”

“Funny” was born out of this experience. The song skips past heartbreak and establishes closure — “The curtains are closed now / nothing to see / but a dozen dying roses at our feet” — then drops you at the apex of a full, vibrant life with no room for anyone who previously took you for granted.

The track came to life last summer during a quick trip to Los Angeles. As a general rule, Thompson avoids thinking about one specific person while writing. “Whenever I sing this song for the rest of my life,” she explains, “I don’t want to have to think about this particular person.”

But her producers and fellow writers did have someone in mind: Zedd. They secretly got in touch with the DJ, who loved what he heard and reached out to Thompson about collaborating. Her plan was to fly back to L.A., meet him in person for the first time, and shoot a music video together. Then the pandemic hit, and everything screeched to a halt.

The duo, stuck across the world from each other, didn’t let that stop them. They created a music video based on Thompson’s desktop screen, complete with the aforementioned texts and a Zoom meeting with Zedd. “It’s nice having that sort of DIY feeling,” Thompson said about being her own hair stylist and makeup artist.

She’s no stranger to DIY. At age 10, Thompson began posting covers of Bruno Mars, Bon Iver, Taylor Swift, and more on YouTube. Her quietly powerful voice over piano — she started playing when she was 8 — attracted a loyal following that’s built up to 3.5 million subscribers today. Her most popular covers on the platform are Passenger’s “Let Her Go” (50 million views) and Sia’s “Chandelier” (30 million views). For Thompson, now 19, it’s never about copying the original artist. She takes care to put her own spin on things, which often means going more acoustic.

“I think it’s so important to show how many different ways an emotion can be shown,” she said. When she was younger, she didn’t know how to produce or “dress it up,” so she’d strip a song down to its basics, play a couple chords, and sing like only she can sing. Many of these versions are included on her first two albums, 2013’s Bundle of Tantrums and 2014’s Another Bundle of Tantrums, both self-released. Her first original single, “Adore,” arrived in June 2015 on Atlantic Records and was followed by three EPs, each showcasing her steady growth as a songwriter.

“When I look back,” Thompson continued, “I always wonder why all my old music used to be a lot more sad, but I think it’s just because all I could do was decorate it with piano and vocals.”

“Funny” followed a similar journey. What began as a melancholic tune — “I was hearing it with strings,” Thompson said — transformed into a bold “revenge song” after Zedd added his magic: “They had completely flipped everything around… It wasn’t sad, it was happy, like, ‘I’m doing good without you, and now you miss me.’”

Zedd is one of several DJs Thompson’s worked with over the years. At age 13, her cover of Rufus and Chaka Khan’s 1983 hit “Ain’t Nobody” skyrocketed her music career to new heights when German DJ Felix Jaehn remixed it into “Ain’t Nobody (Loves Me Better).” For context, that 2015 video currently has over 379 million views on YouTube, and the song has earned numerous gold and platinum certifications.

Thompson looks for collaborators who challenge her to step outside her comfort zone, and entering the EDM universe was a sharp contrast to her normal band setup of piano, guitar, and drums. Gavin Haley is on her list, mostly because they wrote a song together three years ago that she’s still trying to finish. Her previous single, “Love For The Lonely” — written with Nina Nesbitt and Jordan Riley — was also work in progress for years before she passed it along to producer Ollie Green, who continued tinkering with the instruments.

“I think when you have a project and you’re looking at it, it’s so easy to not say it’s finished when you don’t have a deadline,” Thompson said. Finally, in May 2020, they sent it out into the world, releasing another music video filmed at home.

“At the beginning of lockdown, I was really struggling to stay at home,” Thompson revealed. She feels lucky to live with a flatmate who feels like a sister to her, but that isn’t always enough to quell the “isolating feeling” many people are experiencing these days. One of her favorite parts of collaborating with DJs are the live sets — the “huge crowds, big shows, confetti all the time.” When it’s safe to perform live music again, she hopes to bring that same energy to her own stage.

“I’ve still got so much time to grow,” she said, reflecting on how much has changed in the five years since “Ain’t Nobody” came out. The biggest difference? Her age. “I don’t have to take my mom with me [on tour],” she laughed. 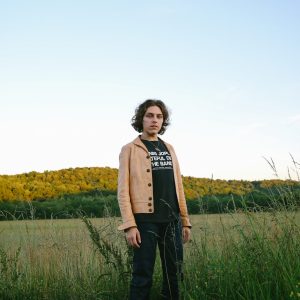 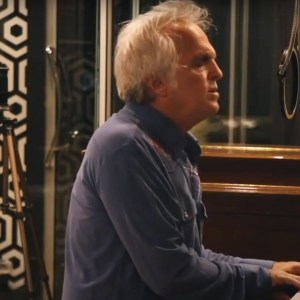