Where did you, Hillary and Gary write “Every Storm (Runs Out Of Rain)?”

We edited very little on this song. No tough decisions on any phrases or words. It just kinda fell out for us pretty easily. The way you hear it today is the way we wrote it as far as structure, lyric & melody goes. There was some experimenting in the studio with different feels, but it’s always been really close to how it is on Gary’s album. At first, the song was much more piano driven because Hillary had come up with the music on piano but when Gary was in the studio, David Steele played the lick that you hear at the top of the song and it just stuck instantly. It’s my favorite part of the song without a doubt. My hats off to David for that lick. It’s the hook if you ask me.

Did you guys demo it or simply worktape it? How did it wind up getting cut and becoming the single? Who was the biggest cheerleader of the song, besides the writers?

We just work taped it. Gary & Greg Droman cut it in the last round of songs he cut for the record. Gary and Greg really liked the song. I thought Gary would cut it because it felt so good and it had a great message. I think that Mike Dungan, who is the head of Universal, loved the song from the moment he heard it. From what I understand, the whole staff and promo team at the label really liked it and thought it would be the best song off the record to be the lead single. I’m not sure who the biggest cheerleader for the song was but I’m glad they chose it for sure!

I love to express myself through music and song. I love words and play on words. I love to put together songs that move me and my audience or inspire them to change their life or love more and forgive more or take them to a forgotten place or one that may only exist in their imagination. I love to sing and inspire people to sing. Singing is my passion, my first love if you will and it always has been. I could sing in a Muscle Shoals/Stax/Motown cover band the rest of my life and be totally content!

I look at songs as much more than entertainment, I look at songs and music as medicine. I also absolutely love the recording process in the studio. I’m an artist myself and have a record due out this Spring. Tom Bukovac & I produced it. Steve Gorman from the Black Crowes and Audley Freed, formerly of the the Black Crowes, play on it as well as Tom Bukovac, Michael Rhodes, John Lancaster, Jedd Hughes and Johnny Neel, formerly of the Allman Brothers. Needless to say, I’m super amped to get my first solo record out! It’s been a long time coming.

What has the overall experience been like collaborating with Hillary and Gary?

I’ve been writing with Gary for six years now. It’s been awesome. He’s a really vibey writer and always brings his signature “thing” to a song, consistently. He’s really been a great mentor and champion of me. He’s instilled a lot of confidence in me over the years as a writer and given me the opportunity to write with him when no one knew who I was. He’s believed in my ability from day one, and then cuts and two singles later, I’d have to say that because of Gary’s confidence and faith in my writing ability, I’m living my dream and having the opportunities I have always dreamed of.

Gary has basically been the main catalyst to the country music songwriting part of my music career. As far as Hillary, Gary and myself go…it’s an absolute blast! Hillary is the most creative and fearless writer I know. She oozes creativity and talent. She is a trip to be around anyway because she’s so blunt and honest and real. So when the three of us get together, it’s songwriting magic. It’s my favorite 3-way write, as well as Gary’s. We write several ideas one day, then come back and start finishing songs we like the most first and then finish the rest as we complete each song. I love Hillary to pieces and she’s one of my closest friends . . . and I can’t say enough about Gary and what he means to me. He’s one of my best friends and I look forward to writing more songs with them as we go.

Do you have any words of wisdom or advice for aspiring or newly professional songwriters? Is there a particular period or moment in your career when you were faced with adversity or doubt and had to dig deep to stay the course?

I don’t feel like I have the right to to give any advice on songwriting and I actually am the one who could use some words of wisdom myself but since you’re asking, the only thing I can say to any writer, aspiring or professional, is to be real, be honest, be believable and write, play and sing from the heart with all your guts and all the passion inside you. Don’t be afraid to get real and be truthful and honest. Write songs for you first. Then try to write songs that can touch or move or heal and inspire a person to be a better human being and give them hope. Refrain from writing crap so that the public doesn’t have to listen to crap and/or buy it. It’s best for the human race in the long run. The people can only buy what the labels put out as product, so don’t give anyone crap to sell!

I don’t like contrived music or music that can’t be believed by the performer singing the song. We have enough songs being written, recorded & performed by 30 something and older, grown married men with children, about gettin’ drunk and hookin’ up with girls in tank tops and jean shorts in pick up trucks. I think it’s cheap, lazy writing and it makes the performer look foolish singin’ about things that are irrelevant, or that are supposed to be irrelevant to them in their lives, and they will regret it when they are having to sing those songs at 55 years old. I don’t think Willie Nelson regrets writing or singing “Crazy”. . . ever.

As far as being faced with adversity and doubt in my career…there’s always adversity and theres always doubt. At least for me. But that’s what facilitates great music and powerful songs. “Amazing Grace”, “Bridge Over Troubled Water”, “Like A Rolling Stone”, “I’m So Lonesome I Could Cry”, “Born To Run”, Needle And The Damage Done”, “Where Were You When The World Stopped Turning”, “Mama Tried” and “Every Storm (Runs Out Of Rain)” are all songs from struggle, pain or adversity. I say embrace it. Write about it.

The lowest point in my life and career has been very recently and from my adversity & struggle came the title of this song. I was working with my friend and landscaping boss, Matt Hall, and I was mowing grass to make ends meet because I had just gotten dropped from Warner-Chappell/Amylase as a writer. I was weed eating early one morning and a rock banked off my weed eater and hit me in the face and it really pissed me off, and I remembered at that moment the title “Every Storm Runs Out If Rain” and that I had written down a few weeks prior. I kept on working in the hot humid conditions all day and telling myself to just work hard and every storm, including the one I was in at the time, will eventually run out of rain.

I brought the idea/hook out to Gary’s and wrote it with Hillary and Gary as well as two of three other songs I co-wrote on his new record. I had nothing at the time and was living at a friends, trying to get back on my feet and push through and write when I could and work all the time. I had no publishing deal but God allowed me to suffer so that I could reap the benefits of owning my publishing for the first time, on three of the four songs I co wrote with Gary for his new record, Set You Free, including the lead single and a another possible single. I had to learn the hard way that hard work and adversity are good for the human soul and spirit. Sometimes, from pain and adversity comes healing and triumph. That’s definitely the case with “Every Storm (Runs Out Of Rain)” and I’m blessed, proud and honored to be a part of this song. 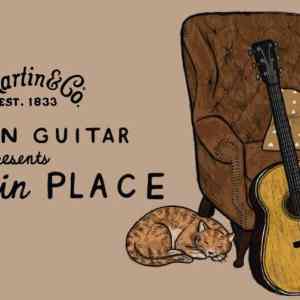 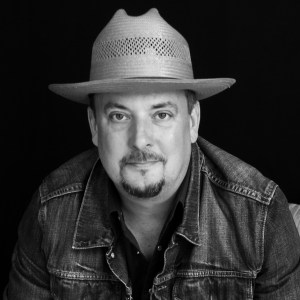