Matthew Francis Andersen won the September/October 2012 Lyric Contest with his song “Blue Line” which led to a “Dream Write” with Hayes Carll and then him cutting a song written prior, “The Devil Lives In Kansas.”

A few years later, Andersen dropped an album called, ‘Slow, the Summer Burned‘ that featured that song as its single. He has since released his third album, which the title track, “Pine River” can be heard below.

Now, Andersen has been on the road as a touring artist and wanted to update American Songwriter, its readers, and aspiring songwriters about what has happened with his career since winning that bi-monthly contest:

Here is Andersen in his own words:

My summer tour of 2016 took my ’46 Martin and me from Tennessee, out east to D.C., then for two gigs in New York City, then Asbury Park, NJ, up into Vermont, down into Pittsburgh, down again into West Virginia, back home Chicago, and ending at Café Carpe in Ft. Atkinson, WI.

Today, I’m quite sure that the tour would have been unbookable for me without my bio including: Winner 2012 American Songwriter Magazine’s Lyric Contest.

Nashville was unfamiliar to me when I first arrived in February of 2013 as part of the prize package. Other than the airport, my first taste of Nashville came on my first night when I played a show at The 5 Spot. My dear friend Jacob Jones ushered me through the crowds introducing me to Diego the bartender to ensure I wouldn’t wait long for a drink. A conversation with Joshua Black Wilkins and another introduction to Derek Hoke were pleasures. After my set I was approached by Sarah Potenza and, when hearing I was from Chicago, Sarah suggested that when I get home I check out Fitzgerald’s, located in neighboring Berwyn.

“You should play there!” she beamed. I thanked her for her advice; not mentioning that Fitzgerald’s had been my home base for the past eighteen years. And just like that, Nashville and I were connected. How fitting, I suppose, that my 2016 summer tour kicked off in Nashville at The Basement.

The Lyric Contest certainly lit a small fire for me. Many fun instances have happened since then:

– Discussing the poetry of James Wright with Kevin Gordon

– Getting to know Gurf Morlix and having him lend a hand on my latest record, Pine River

– Walking down the street with Steve Earle when he stopped and pointed into a bookstore window and recommended Nathaniel Philbrick’s book In the Heart of the Sea, and going on to explain how it’s story was Melville’s inspiration for Moby Dick

…and a host of other fun nights playing with folks such as Ruthie Foster, Lilly Hiatt, and Richard Buckner.

Falling down the rabbit hole of vintage guitars may have become a costly chore, but writing certainly has not. There is no better feeling than watching a song come together.

The starts and stops can be damning.

I received some advice once from Johnny Burns who was John Prine’s guitarist around 1980 when John’s backing band was The Famous Potatoes. He said, “Don’t ever force a song, and don’t even force yourself to work on a seemingly dead end. Instead, look around the room. Find a cat or a fireplace or whatever and write a song about that. It will loosen you up, end the grappling you are currently knotted up in, and give you something short and easy to build confidence upon. When you return to the tough song you’ll see things much better.”

I still follow that advice every time I put pen to paper. You can enter the Lyric Contest now. You can also keep up with Andersen on his site. 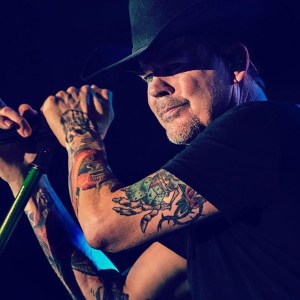 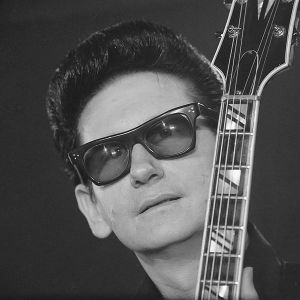