It is rare for a cover of a song to overtake the original, but Manfred Mann’s Earth Band’s cover of “Blinded by the Light” is an exception. The song was originally written and recorded by Bruce Springsteen for his 1973 album, Greetings from Asbury Park, N.J. Three years later, British rock band Manfred Mann’s Earth Band released their cover as the opening track of their 1976 album, The Roaring Silence. “Blinded by the Light” was an enormous hit for the band, leading to their breakthrough in the U.S.

One-upping a master songwriter like Springsteen is an incredible musical achievement, and Manfred Mann’s Earth Band managed to pull it off. In fact, their cover became Springsteen’s first and only songwriting credit to hit No. 1.

“Blinded by the Light” is a high-energy track that matches the thrill of adolescence. The song is packed with the invincibility of youth, and the hopeful perspective that anything is possible. The lyrics are reminiscent of Springsteen’s early days as a musician with a handful of eccentric characters that he met at venues.

However, on the rollercoaster of being a young musician, the “downs” are just as prevalent as the “ups.” The lyrics also hint at the downsides of always being on the move and struggling to make it to the top.

With a boulder on my shoulder, feelin’ kinda older
I tripped the merry-go-round
With this very unpleasin’, sneezin’ and wheezin’
The calliope crashed to the ground!

Even though this chorus is the most iconic part of the song, it is also notoriously misheard by fans. In the cover, Revved up like a Deuce sounds an awful lot like Wrapped up like a douche.

In 2005,  Springsteen himself commented on this amusing mistake. “Deuce was like a Little Deuce Coupe, as in a 2-seater Hot Rod. Douche is a feminine hygienic procedure. But what can I say, the public spoke,” he joked.

If you’ve ever taken piano lessons, “Chopsticks” is probably a familiar tune. It can be played with only two fingers, and the harmony makes the simple song a fun one to learn.

When the band was recording “Blinded by the Light,” they knew that they had to pull out all the stops to make it a hit. As they played in the studio, they got stuck trying to transition between the chorus and the verses.

Mann, the band’s frontman, recalled their decision to include “Chopsticks” in the final track. “When we finally finished the album track I thought it had a great vibe, but the next question was how to get that into a single. The real problem was how to get from the chorus to the verse smoothly. I just couldn’t figure out a way to do it,” he said. “And then – and this is why you need to be in a band – our drummer Chris Slade said, ‘Play Chopsticks over it.’”

Mann was skeptical of the idea and turned it down multiple times. But when Slade kept insisting, they tried it out. It worked surprisingly well. “I suddenly realized that he wasn’t hearing Chopsticks itself, just the chords, which fitted perfectly,” he admitted.

What Makes a Great Cover?

Manfred Mann’s cover of “Blinded by the Light” is just as well-known as the original song, if not more. While the band used their own sound and style to make it their own, they still kept Springsteen’s vision at the core. Both songs have the same lyrics, melody, and rock and roll sound. Regardless, Springsteen and Manfred Mann each have distinct vocals and massively talented bands, making both versions of the song totally unique.

“Blinded by the Light” is evidence that the perfect cover is an even blend of creativity and respect to the primary text.

Listen to Manfred Mann’s Earth Band’s “Blinded by the Light” below. 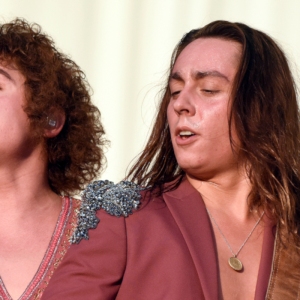 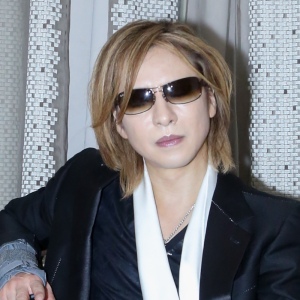