Gary Clark, Jr., the Texas artist once hailed as a blues guitar wunderkind, will release a new album this spring called This Land.

The album, which drops March 1 on Warner Bros. Records, is Clark’s most ambitious to date and moves seamlessly across an array of musical genres. It was recorded at Arlyn Studios in Clark’s hometown of Austin.

The record’s title track, whose video you can watch below, opens the album and is an arresting call-to-arms. A deft synthesis of hip-hop and blues, the song is a withering indictment of America’s fraught racial climate. It pulls no punches in delivering its message, with the song’s protagonist howling

I remember when you use to tell me

This land is mine.

The video, which was directed by the British-born filmmaker Savanah Leaf, was filmed in Austin and features shots of black children situated amongst Confederate flags and other relics of the Old South. Clark’s character is holed up throughout in an antebellum mansion “right in the middle of Trump country,” shredding on a Gibson SG on the balcony behind a hoisted American flag.

Before a concert late last year in Chattanooga, Clark elaborated on the inspiration for the song.

“I’m 34 years old now and I’ve seen enough, and I’ve just had enough,” Clark told American Songwriter. “I spent my whole life being black in Texas, and [you experience] blatant and subtle and abrasive discrimination. With the current climate politically, it’s like, ‘What the fuck is happening?’ Everyone just wants to be treated like a human being.”

When he wrote the song, Clark said he had Woody Guthrie’s iconic “This Land Is Your Land” in mind.

“It’s one of the first songs we learn, and we sing it together,” Clark said. “It’s like the Pledge of Allegiance … And when you’re kids, everybody’s together. You don’t see differences until you get older, and older people influence you to think about other people a certain way. I just want to get back to singing that song like we were kids again, you know?”

Clark and his band will debut the song live tonight on The Late Show with Stephen Colbert. Watch the video, and check out the track list and tour dates below.

THIS LAND track listing:
This Land
What About Us
I Got My Eyes On You (Locked & Loaded)
I Walk Alone
Feelin’ Like A Million
Gotta Get Into Something
Got To Get Up
Feed The Babies
Pearl Cadillac
When I’m Gone
The Guitar Man
Low Down Rolling Stone
The Governor
Don’t Wait Til Tomorrow
Dirty Dishes Blues 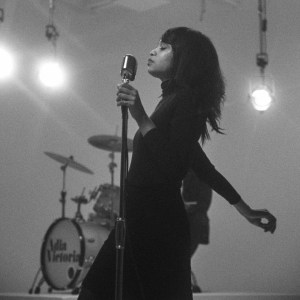 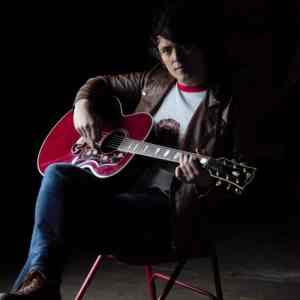