First single “Back on Top,” is a groovier continuation of “I Will Survive,” confessing “I took some knockdown punches / but I’m still standing strong.” Upbeat throughout with more true, harmonious gospel in “Precious Lord” and “Day One,” Testimony pops open with Gaynor’s own version of “Amazing Grace” with lyrics “There was a time when I was broken / Didn’t know which way to turn / I was paralyzed, wondering why.”

Regardless of faith, Testimony evokes something uplifting for any one’s soul. Comprehensively, it’s a universal call to hope, belief, and finding your way out of the dark.

Gaynor has had her fair share of darkness, specifically a debilitating injury she endured after falling over a stage monitor during a 1978 performance at New York’s Beacon Theatre. It happened within seconds, but the injury left the singer with no feeling from her waist down. (Coincidentally, it was around the time that her biggest hit, “I Will Survive,” consumed dance floors at the height of disco mania.) A surgery to repair a ruptured disc put her in good enough shape to continue performing, but the pain remained. In 2017, the now 70-year-old singer decided to undergo another risky surgery that involved breaking her spine and reconstructing it.

American Idol alum Melinda Doolittle, Latrese Bush (2017’s “Because of You”), and Jason Eskridge, who has worked with country’s Brooks & Dunn, Thomas Rhett, and Toby Mac, round out the album’s backup singers.

Predominantly co-written by Gaynor, most tracks are original with the exception of a spirited rendition of Bob Dylan’s 1983 Infidels single “Man of Peace,” a duet with Screamin’ Cheetah Wheelies vocalist Mike Farris, and Al Green’s 1982 track “Precious Lord.”

“Working on writing these songs with Grammy Award winning songwriters like Chris Stevens, Bryan Fowler, Shannon Sanders, Drew Ramsey, Bart Millard, and Jason Crabb was inspiring and amazing,” Gaynor tells American Songwriter. “It was such a blessing to collaborate with an A-list team of co-writers, producers, musicians and guest vocalists.”

The famed Studio A, Nashville’s Music Row staple that has been the recording home of countless artists—Dolly Parton, Elvis Presley, Loretta Lynn, Willie Nelson—since opening in 1965—was another blessing for the singer this time around.

“Recording on analog tape in Nashville’s historic RCA Studio A with everyone in the room at the same time was such a gift,” says Gaynor. “I always say that there is nothing like the spontaneous creativity that can only happen between live musicians working together, inspiring one another.” 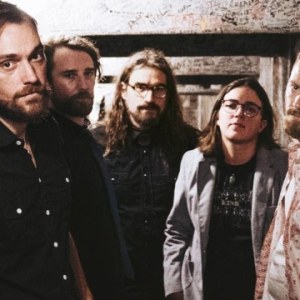 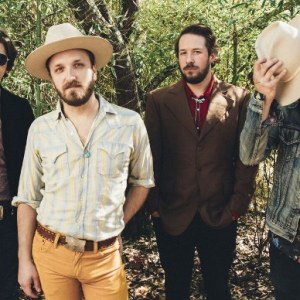