Fans of Department of Eagles and Grizzly Bear might recognize Fred Nicolaus’ name, but the sound of his new project, Golden Suits, may come as a surprise. Pretty and understated, the self-titled solo debut isn’t exactly spare, with ace contributions from Grizzly Bear’s Chris Bear and Chris Taylor, Nicolaus’ old bandmate Daniel Rossen, and a host of other friends, but it’s a far cry from D of E’s layered, off-kilter vintage pop. The warm, clean production is a well-deserved spotlight for Nicolaus’ voice, which compares favorably to Doug Martsch and Ben Gibbard without imitating either.

The songs, however, are where the album comes up short. The name Golden Suits is a reference to John Cheever’s short story “The Country Husband,” which addresses deep questions about the meaning of life and conventional morality, as a suburban father contemplates an affair with the babysitter. Similarly, Nicolaus seeks the sublime inside the mundane, but he rarely hits the mark of articulating his discoveries in a universal way. The Dolly Partons and Paul Simons of the world make their best songs feel like they’re about you, and make the process look a lot easier than it is; Though it’s not an unpleasant trip, Golden Suits sometimes feels like a journey to the center of Nicolaus’ navel.

“Wash It Away” is a high point: Against a backdrop of guitars and banjos that are out of tune with each other by just the right amount, Nicolaus’ delivery starts out tentative, perfectly underscoring the lyric about settling for an unsettled relationship. When he turns bitter in the last third of the song, it feels like it’s as much of a surprise to the narrator as it is to us. Golden Suits’ debut brims with great ingredients, but leaves us more excited about Nicolaus’ next effort. 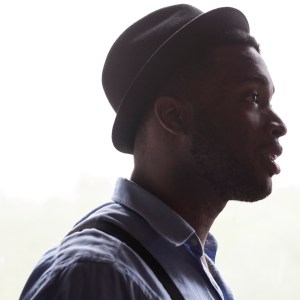 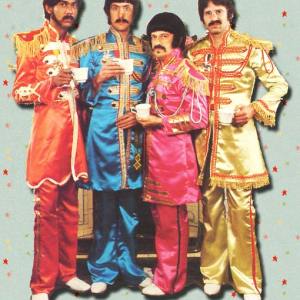