Despite the fact that Goldroom and Moontower’s buoyant new banger, “Guess I’m Jaded,” is about avoiding parties, the artists actually met at Dance Yourself Clean—a giant indie-pop dance party hosted at The Satellite in Silverlake.

“Jacob [Culver] from the band recognized me and we started talking and he said that we should work together. Since I’d already been a fan it made natural sense,” Goldroom tells American Songwriter in an interview featured below.

“We got into the studio a couple weeks later, and I rarely collaborate with whole bands so it was an odd experience having five people in my studio,” he continues. “It was cramped but fun, because everyone was grabbing instruments. We had a large jam that quickly turned into the basic groove that ended up being this song.”

“Guess I’m Jaded” comes after Goldroom’s 2019 album, Plunge /\ Surface, and Moontower’s latest singles “Rerun,” “Bury Me,” and “Got My Way.” Goldroom’s Josh Legg first heard of the indie electronic band—rounded out by Tom Carpenter and Devan Welsh—when they were students at USC, Legg’s own alma mater.

While Goldroom hasn’t performed for a live audience since his appearance at San Diego’s CRSSD Festival earlier this year, he’s tried to adapt his live show for virtual gigs in the age of COVID-19.

“I’ve been doing streaming and digital festivals, mostly doing DJ sets,” says Goldroom. “I actually went and recorded a set at a studio lot in Hollywood and there were people there to film it—it was very socially distanced and safe and outdoors, but there were like ten people in the parking lot watching me DJ. It felt like 10,000 people, like I was actually performing for a big audience. So even though that doesn’t count, it felt like a real performance.”

Last week Goldroom chatted with us by phone from his studio in Burbank about collaborating with Moontower, working on his next LP, and listening to Phoebe Bridgers’ new album on repeat. Read the full interview and listen to “Guess I’m Jaded” below.

American Songwriter: Where are you right now? Where’s home?

Goldroom: I am in my studio in Burbank, California. I live in Mount Washington which is near Highland Park.

Have you been in LA for the duration of the pandemic?

Right at the beginning of the pandemic I was actually in Asia. This was right at the end of January. I played a festival in Jakarta and in Bangkok, and this was just as things were starting to break. People knew that something was happening in Southeast Asia, but we evaluated what was going on and felt that it was safe.

I went down to San Diego and played CRSSD Festival, but that was before the lockdown [in California] had started. Since early March I’ve been in LA the whole time.

Was that the last audience you performed in front of?

Yeah. I’ve been doing streaming and digital festivals, mostly doing DJ sets. I actually went and recorded a set at a studio lot in Hollywood and there were people there to film it—it was very socially distanced and safe and outdoors, but there were like ten people in the parking lot watching me DJ. It felt like 10,000 people, like I was actually performing for a big audience. So even though that doesn’t count, it felt like a real performance.

We recorded it a week and a half ago, and it doesn’t air until next weekend. That’s called the Retrospekt Festival.

It’s pretty wild. I hate it because I want to be able to let my fans know about these a week or two in advance. Sometimes I’m not getting my set times until a couple days before it airs. But everybody is dealing with a new climate. Obviously from a money standpoint it’s tough losing such a big chunk of your living, but at the same time it’s been very freeing and liberating to look at my career in a different light and perform in a creative new way.

Tell us about “Guess I’m Jaded.” When did it come together? What’s it about?

It was actually the last session that I did pre-COVID. I had been a fan of Moontower, who are three young gentlemen who had just graduated from USC. I always keep my eye on artists and bands who are coming out of USC because I went there. I really liked the music they were putting out, and we actually ran into each other one night at Dance Yourself Clean at The Satellite in Silverlake. Jacob from the band recognized me and we started talking and he said that we should work together. Since I’d already been a fan it made natural sense.

We got into the studio a couple weeks later, and I rarely collaborate with whole bands so it was an odd experience having five people in my studio. It was cramped but fun, because everyone was grabbing instruments. We had a large jam that quickly turned into the basic groove that ended up being this song.

Jacob and I wrote the melody and the lyrics really quickly. Some songs take a year of work to push all the way through and there are a lot of hurdles and obstacles and changes. Other songs are just delivered from the sky. This one happened to come that way. I have a vivid memory of Jacob singing the chorus and getting shivers down my spine and knowing that for me it was something special.

Looking back at the five of us being able to be in a cramped little room in Burbank, I’m already sort of nostalgic for that time. We wrote the song about not wanting to go to a party when you get invited because you’d rather stay at home, which obviously is so ironic right now. The song has taken on like six different layers of meaning that we didn’t even intend for it to when writing it. It feels special when songs end up taking on a life of their own even before they come out!

Are you working on another full-length right now or do you see “Guess I’m Jaded” as a standalone release?

I’ve put out two records, and my last full-length came out in October of last year. I’m definitely in the process of writing a new record, but this song felt so special that I just wanted to get it out into the world. I plan on releasing a few other standalone singles this year while I continue to develop the sound of the next record.

I think in my history I’ve only released one other song with male vocals that weren’t my own, so it’s a bit of a new feeling for me. And I haven’t collaborated with a band in this way before, so it felt really natural for us to put this out as a collaborative release.

Do you have any sense of what your next record is going to sound like, or is it too early to know?

I realized, especially with my last record, that I tend to at some point in the early phase of pre-production on a record—when I’m starting songwriting and working on beats and just feeling around—I get a really strong sense of what the big picture and feel for a record is going to be.

I very much already have that, so it’s exciting. I don’t want to say that all my records are concept records, but from a vibe or theme perspective they definitely are. What I’m looking to do on this next record is not exactly what’s happening on this song.

I mean, I’m so early in the process. Realistically I don’t think that that full-length is coming until some point next year. It will be interesting if I ever come back across this because I’m still in that embryonic stage in some ways. But I’m realizing that I haven’t really ever addressed the core of what people think Goldroom is—or what Goldroom actually is.

If you were to get into an elevator and there were a couple of people in the elevator that were fans of Goldroom and you overheard them talking about it, my assumption of what you would hear is something like, “Oh, well Goldroom, he’s that guy who makes chill summer time jams for you to party on a boat or on a beach to.” And I think I’ve always been afraid of actually making music that directly addresses that because I don’t like to be pigeonholed and a lot of music that fits that stereotype is music that I don’t respect all that much. I think I’ve spent a lot of my career trying to skirt around that point.

Lana Del Ray’s last record really inspired me because after years of people criticizing her for working inside of Americana pastiche, she chooses to  double down and be like, “Yes, this is me and I write beautiful songs within that world and I’m not going to avoid that or try to convince you that I’m something that I’m not.” So I’m very interested in addressing that conversation directly, though I’m not sure exactly what form that will take.

What’s been the soundtrack to your socially-distanced life? Have you had anything on repeat recently?

Nothing has affected me in the last couple years as much as the new Phoebe Bridgers record has. I’m listening to that record on repeat more than I’ve listened to a record on repeat in years.

I’ve been listening to a lot of incredibly mellow music. Khruangbin’s new record and a lot of their older catalogue—I’ve found myself dipping into that more and more. Those two records have been the soundtracks to my last handful of weeks, plus a lot of ambient electronic music. 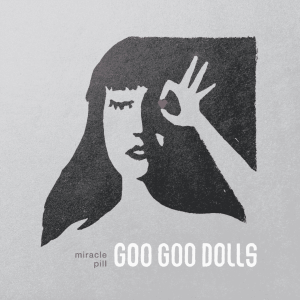 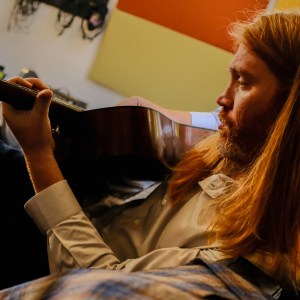