The concept has long ago shaken off its moldy, Sinatra/Elvis/Streisand vocal image to occasionally become an arty expression that doesn’t need to rely on oldies to wobble the holiday tree. Phil Spector might have started that trend but others like the early 80s ZE Christmas collection with such edgy acts as James White’s “Christmas with Satan” and Christina’s creeped out “Things Fall Apart” made it clear that this could be something completely unique, even boundary pushing. Let’s not discuss Bob Dylan’s divisive yuletide entry.

The Goo Goo Dolls mix it up on the cheery Christmas All Over, but never get as punky aggressive as on their earliest work, which sometimes mimicked a poor man’s Replacements. The band has long ago shifted to easy on the ears pop rockers, exemplified by the catchy title track here, one of three originals on this ten song set. They lean towards jazzy material with the freshly penned “You Ain’t Getting Nothin’,” a humorous ditty with a rockabilly slant that sounds like it came off a holiday Brian Setzer album, and the stand-up bass propelled “Shake Hands with Santa Claus.” The album closing medley of seasonal fare titled “The Christmas Party” is frisky enough, yet never really takes off.

But things too often stay mired in creaky chestnut ballad territory with covers of “Hark The Herald Angels Sing,” “Have Yourself a Merry Little Christmas, and “Let It Snow,” sung by frontman Johnny Rzeznik doing his best Dean Martin. And the album hits its schlocky nadir on a reprise of the Dolls’ soaring ballad “Better Days” sung by co-producer Jim McGorman’s young daughter accompanied by piano. With all due respect to the youngster who has a reasonably innocent and pleasant child voice, when you’re down to kids singing holiday songs, or covering The Chipmunks’ “Christmas Don’t Be Late,” it’s time to pack up the presents.

That said, if you’re a Dolls fan, this might be a smoother sleigh ride since it’s all professionally performed. But the project could have been much more interesting if it rocked harder and the song choices didn’t revert back to some obvious, and worn out standards that find the Goo Goo Dolls doing something they never would have considered in their earliest days; playing it safe. 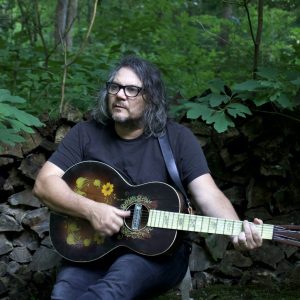 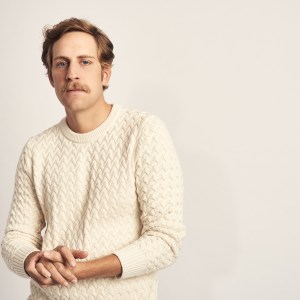