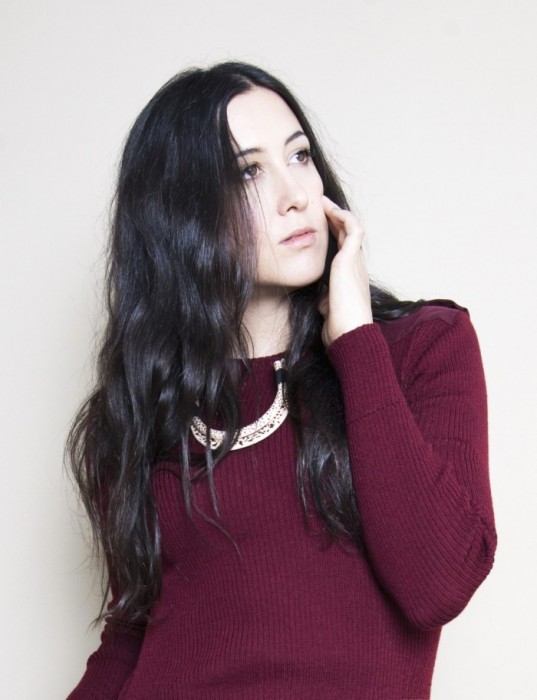 With the release of her first record in over two years, acclaimed pop-rock songstress Vanessa Carlton dives headfirst back into the fray with an entirely new and explorative sound. Her highly anticipated album Liberman is folky, brooding and yet breathtakingly free-spirited. American Songwriter caught up with the singer-songwriter to talk about her new album, becoming a mother and letting her hair down musically, so to speak.

Your new album Liberman is a drastic departure from your past music. I’ve read that your inspirations range from your brother’s trippy music tastes to the 1987 film The Last Unicorn to your grandfather’s painting. Tell us more about your inspirations for this album and how they came to fruition.

Oh man, you did some digging. Is there any character more terrifying than Mommy Fortuna? Scratch that… the Red Bull still gives my friend (who’s a grown man) nightmares. The Last Unicorn is a fantasy novel. It was written in the late ’60s. And the execution of that film? Amazing. Japanese hand painted animation and Mia Farrow was the voice of the Unicorn. Heaven. But to be honest, it’s not really for kids. I saw it when I was too young. I can’t shake it.

A few of these songs contain imagery from the film. The chorus of “Take It Easy” is about the scene where the ocean washes in and hundreds of unicorns run up this skinny stone path to the top of the King’s castle and the stone tower starts crumbling into the sea. He couldn’t keep those creatures hidden in the ocean forever… they would eventually come back and bring down his tower. It’s such a great scene. One of the other two main pieces of inspiration for the album is a Joseph Campbell book called The Power of Myth. In my opinion it’s basically the best q&a with a philosopher ever. And lastly, the colors of my grandpa’s painting that hung in direct eye line while I wrote the album. He was Liberman.

A lot has changed in your life since your last album release. You’ve moved to Nashville, gotten married and become a mother. How have these experiences influenced you as a writer and/or your new album?

I don’t know how all these changes will show up in my work. I’m starting to write new songs now. This album was done before I moved here. But I did do a portion of the album with Adam Landry at Playground Sound, so the album is a hybrid between England and Tennessee. I finished the album a year ago and then got pregnant, so I’ve had to put it on hold until now. Human baby first, album baby second. My next album (if I do another one) would be more of a mirror for all this change.

Which song are you the most excited about fans hearing when Liberman releases?

I love the arrangement of “Nothing Where Something Used to Be”. Also I think we really hit on a bit of magic with a song called “Matter of Time”. It was one of those one-take wonder type things. My husband came to visit me in the UK while I was working with Steve Osborne and we put him to work. A great guitar sound, a great plate reverb on the vocal and a bunch of girls singing harmony. Always a good recipe, I think.

Do you remember the first song you ever wrote? How old were you?

Yeah. I was 8. It was a piano composition. I wrote the sheet music out too. That was probably the last time I ever wrote out sheet music of something I wrote. It took way longer to write it out than to actually come up with the song. I think it was sort of a minor-y melody about a waterfall. There were no words.

I think I’m an instrumentalist first. I usually always start with the keys. But sometimes a hook will pop in my head when I’m not at the piano and sometimes a lyrical idea will hit me, and then that will inspire the chords.

Who were your biggest influences as a writer?

I was a ballet dancer, so my favorite music was stuff I loved to dance to. It would get in my bones. It would make me move. I think of Vivaldi. Aaron Copeland. I love a Bolero. I love music that rises and falls in a really dramatic fashion.

Have you influences changed as you’ve gotten older?

Yes. Once I left the major label system in 2008 and unshackled myself from my past, I started to look at albums as concepts. More than anything I started to study albums based on their sonics. I feel like my mind went wild. I got into the really rough Langley School Choir recordings. I got really into Atom Heart Mother by Pink Floyd (the record with the cow on the cover). I found an album that was just the recording of this wolf pack howling. Shit got sorta weird. I went hard core back to Neil Young. I love the sounds of Doves Lost Souls. That’s when I realized I had to work with Steve Osborn. I think Rabbits On The Run is my first real album. And it came out 10 years after my first album. I don’t think I used reverb for 10 years. I didn’t understand anything about production and didn’t think at all about how a song would actually be recorded. Late bloomer.

I don’t know. There are a lot of great writers here in Nashville, and I wish they would replace every stupid bro country song on the radio. It’s pretty amazing some of the stuff that’s going on in this town. I just saw Traveler last week and loved it. Traveler is Johnny Fritz, Robert Ellis, Corey Chisel, Jerry Pentecost and Geoffrey Muller. They haven’t even made an album yet. I like the new Turbo Fruits album. It’s really good. I really like Caveman. Those songs sound beautiful. I love Deer Tick. It’s great songwriting and they are an actual rock and roll band, which doesn’t seem to exist anymore.

What do you think is the most perfect song ever written?

No! You’re hurting my brain. I can’t think. I don’t know… the most perfect song is different for everyone but it hits the same spot for everyone, ya know? Like when you’re in a bar or you’re in a car and a song comes on and it just hits your brain in that perfect way and you go to another place. It’s because the lyric is in line with who you are or who you want to be. Or the arrangement swallows you whole. As a woman, “Dreams” by Fleetwood Mac is pretty spot on. Let’s go with that. Classic.

What’s your favorite part about what you do?

Getting to craft and collaborate in the studio. Turning an arrangement I hear in my head into a real thing that someone beside myself can actually hear. It’s the best job in the world. It’s alchemy. 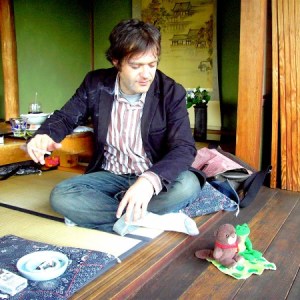 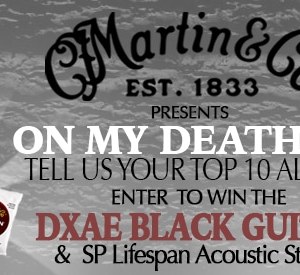