The 12-track album—which features Chance the Rapper, whom Weber has written for in the past—explores how Grace came back to herself through music and was able to embrace self-love again.

Capturing her resilience over the past four years, Weber has also shown her ability to compile complex emotions into poetic lyrics. Weber sat down with American Songwriter to discuss her feelings since the release as well as the stories behind some of the tracks.

American Songwriter: How have you been feeling since the big release?

Grace Weber: I feel amazing. Like, honestly, this is a huge release for me, as a project, but also just as an emotional thing. I’ve been working on it for so long. And just to be able to have it out in the world honestly feels amazing.

AS: So when did you start working on this project?

GW: I started working officially on it in 2016. So I met the folks from The Social Experiment; we originally met in the fall of 2015. And I asked them if they wanted to produce my album in 2016. And that’s when the journey began. About two weeks into working on the album, Chance the Rapper walked in and heard a song that we were working on and asked to have that be the first song on Coloring Book. And so that kind of infused this magic into everything we were doing and that led us to winning a Grammy when Chance won the Grammy. Then that’s what led us to making this album together. So it’s been a wild journey.

AS: It’s been said that this album was a journey for you to find yourself again after obsessing over some music stats at another label. Now, that you feel like you are really gaining back control by making music independently again, explain those feelings.

GW: Yeah, so as I’ve said in a couple different places, one of my big pitfalls is worrying too much about the numbers or comparing myself to others, things like that. I think when I was on the label I started getting really nervous like, ‘Okay, I have to hit these numbers or I’m not going to be able to make the next project’ or just overthinking what would happen if I didn’t hit certain numbers instead of really focusing on things like: How does this music make you feel? How do I feel singing the song? Just focusing on all of the things that I love about creating art and making it, so when I got dropped [from the label], it was a really beautiful moment of, ‘Okay, wait a minute, this is a great opportunity for me to get back to who I am and what I love about being an artist and singer.’

AS: Yeah, definitely. I’m sure that was a thought process for a lot of independent artists during this time, especially with COVID.

GW: It’s like I had the space to breathe again. And just remind myself the importance of patience and slowing everything down. And really listening again, I think that that was something that I started losing a little bit. One of my favorite things about being an artist is singing live. I love it so much, I love that feeling of being in a room with an audience, and all of us being so present in that moment together. And I think that in creating the album, something that helped me really bring it home and come home to myself was finding that presence within creating the music and with recording it, mixing it and mastering it. Every step of the way became like the way that I feel in my live shows. Everything is about this current moment. And how can I bring the most presence? And how can I be my truest self in this moment?

AS: So is that what you meant by saying that each track in this new album was a breadcrumb to paving your way as an artist?

GW: Each song was a breadcrumb to finding something that I needed to learn about myself, leading me to the next song, the next story of the project. And I think that I didn’t realize when I first started the album that it was going to be about this journey of coming home to myself until the album led me to that, if that makes sense.

AS: The process of making the art is often that you don’t know what you’re going to get until you’ve really gone through the process, and then it can morph into something totally different.

GW: Yeah, totally. And it was like, when I let go and let myself be led on that journey, that’s when my world started opening up, and I started realizing, ‘Okay, I don’t know what’s around the corner. But I’m gonna keep following these breadcrumbs. And it’s gonna lead me to where I’m supposed to be.’

AS: What song would you say, if you had to pick one, spoke to you most and helped you gain clarity?

GW: “Happy Thoughts” was a really important song for me to write on the project. Because that song was kind of a song that I was singing to myself. Like, if you can just get through one more night, everything’s going to be clear tomorrow. And the way that I wrote that song was with the chorus, you don’t actually hear the full chorus until the last chorus. And so the first chorus is like 1/3 of the chorus, the second chorus is 2/3, and then the last chorus is the whole thing. I wanted it to feel like waking up or like a flower blooming. And that’s kind of why the poppy flowers are such a big theme of the album and album art, it’s because I really wanted to have the project feel like like a flower opening… because that’s kind of how I felt in making the project. I was letting myself become more and more open as I worked on it.

AS: In reference to the track “Water’s Edge,” what exactly is that edge to you?

GW: What the story is, is kind of like waking up from a hangover. So morning came too fast, too much Bulleit whiskey in your glass. Now, I’m searching for that sort of feeling of the song that is almost like waking up from a hangover and being like, ‘Fuck, I really need to go get blessed in the water. I did some stupid shit last night.’ But for the album, metaphorically, it’s that kind of moment of, ‘I need to get my shit together.’ The water’s edge— it’s almost like being baptized again. Forgive me for my immaturity and now I need to like grow up a little bit.

AS: So what artists inspired your style and works in this album?

GW: One of my biggest inspirations and influences is actually Frank Ocean and the way that he crafts lyrics and the way he tells stories and his production, his melody choices, just him all around as an artist. I look up to him so much. I study his projects to become a better writer. Another songwriter that I’ve always looked up to a lot is Joni Mitchell. Her writing and lyricism has always just been a huge inspiration to me.

AS: I definitely see it. If Frank Ocean and Joni Mitchell had a baby, you
could be that baby.

GW: Oh my gosh! That’s my new favorite quote ever!

AS: After this release, do you have a tour upcoming or any other projects on the horizon that you’re excited about?

GW: Yes, so we so I’m releasing a video this week. It’s really, really dope. And I’m super excited. And then we have a few other like really fun things that we’re going to be releasing with related to the album. Next week, we were going to have vinyl, some release parties and then a tour in the fall is in the works. And then more music after that. I’m already starting to write songs for the next project!

You can check out A Beautiful Space below. 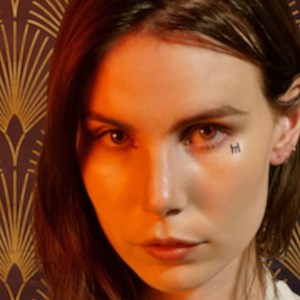 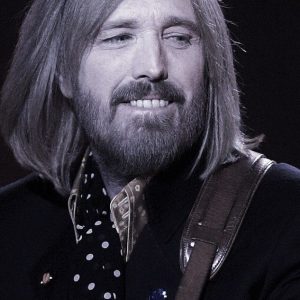