Portland, Oregon-born, Grammy-winning musician, Esperanza Spalding, remembers walking the dog with her mother. In fact, it’s her first memory. During the excursion, Spalding remembers asking her mother to harmonize with her, trying to turn multiple tones into something more. It made sense for the young child who begged her parents to play Harry Belafonte’s and Stevie Wonder’s Christmas albums year-round. She says another turning point in her early life was hearing a Bach cello suite on Mr. Rogers’ Neighborhood. It gave her the chills, even then. Some few decades later, Spalding is a towering figure in music, with both street cred and Harvard University props, multiple Grammy Awards, and now a new LP, Songwrights Apothecary Lab, out today (September 24).

“It’s like a miracle,” Spalding says of human beings’ ability to harmonize. “First you’re just quietly talking and then all of a sudden, there’s a thing present among you, coming out of your bodies. It’s really pretty magical if you step back for two seconds. We’re animals and we have such command of this technology ins our body called our vocal cords.”

Spalding is as philosophical as she is musical, as sociologically aware as she is capable on the imposing upright double-bass. But before she took up the low-end instrument, she played many others, including piano, violin, and oboe. Despite her innate talent, Spalding never much liked to follow directions. Her preternatural skill allowed her to soar even if she never practiced the day’s lesson or charts ahead of time. It also let her learn movements and compositions she adored (often movie, television soundtracks), songs she wanted to hear as much as feel emanating from her fingertips. As a student, after taking up the bass in high school, Spalding took part in elevated classes, graduating high school at 16 and enrolling in college and graduate programs at Portland State University and Berklee College of Music in Boston.

“At my high school,” Spalding says, “they had a bass. I don’t really understand why, but they did. One day I went in and picked it up when nobody was around and I felt that sound and I was like, “Oh, okay… I guess this. Now I’m going to play this.’ I just wanted to keep hearing that sound, to feel the sound in my body.”

For Spalding, playing music is much a physical undertaking as it is an engagement in sonic manipulation. When she played the upright, she could feel it as it rested on her pelvic bone, she could feel the vibrations throughout her body. She can remember leaning her head on the instrument, almost letting her body be the echoing amplifier, through her ear. The bass afforded her something else, too. Spalding was introduced to the concept of the “walking bass line,” which meant she could both participate in a structured song and improvise.

“Which was maybe what I was looking for my whole life,” she says. “Permission to play by ear.”

As time passed, Spalding practiced. She was in some of the most advanced music programs in the world, learning the art from composition and everything in between. She developed muscle memory, forged neural pathways. She basked in the magic that practice offers, the doors it opens up in one’s mind without one even realizing it at the time. Practice not only increases ability, but it also proves that one can improve at things in general, Spalding notes. It bolsters confidence.

“The thought that there are folks walking around who don’t know the magic of practicing makes me really sad,” she says. “One of the most beautiful things about playing an instrument or doing a sport is that it develops this knowing in your system that a thing you couldn’t do today if you give it a little time and attention, you may be able to do it next week.”

While Spalding is a world-class artist, not every world-class artist participates as deeply and completely in the genre of jazz music. But for Spalding, it gives her multiple things that she cares intimately about while the more traditional classical music she’d studied early on does not offer nearly as fully. With jazz, participants can study the sheer musicianship and compositional prowess, yes. But participating in jazz music also opens students up to the authors of the music, their passions, their strengths, and weaknesses. Whereas, when one plays Bach or Beethoven, which Spalding says she also loves, it’s nevertheless much harder to tell the person behind the work. Thirdly, because of this fact, studying jazz history opens up the student to American history, which isn’t always a pleasant fairytale.

“Even as a teenager,” Spalding says, “I could feel the heart and feel the beyondness of it. So, I’m 14 or 15 and I’m hearing this music that’s so beyond my comprehension but what I’m feeling first is this brother who’s playing it. I’m feeling the quality of a person.” Spalding adds, “With classical music, there’s an invitation to polish away who and what you are to be this objective vessel for the composer’s music.”

Jazz, Spalding says, is a genre that’s interwoven, entangled with Black liberation. At its essence, that’s what the music was invested for. But that’s not always the easiest subject to teach to middle- and high school students. Yet, the fortitude of a Black man in the 30s to stand up and say Look at me was revolutionary in America, in many circles. This is what drew Spalding to the genre, along with the freedom inside the music to swing, move and interpret. But there is no real room to interpret when playing the “Moonlight Sonata” again.

“I couldn’t ever survive in music,” Spalding says, “if the way I heard it wasn’t welcomed.”

After her first Grammy win in 2010, more opportunities came forward for the now-36-year-old. Yet, this wasn’t without challenge. At first, Spalding didn’t know how to utilize or leverage the new attention and, she says, many around her who she considered her peers weren’t given nearly the same commercial recognition. In this way, major awards can be bittersweet.

“It helps,” she says. “The only thing is, it’s complex for me because so many people I love so deeply have never been backed by that institution. In a way, it’s like, wow, it’s cool that a lot of people in the field I’m in support the work I do. But on the other hand, what the hell? I can’t detangle it from my privilege as a young person with commercially approved beauty.”

Spalding’s new LP is a dazzling effort of imagination and talent. It’s the product of a new mission for the artist, to blend the music she makes with attempts at healing. Before music was considered a form of entertainment, it was considered by some to be more like a natural resource. So, in the same way, deep breaths, cool water, and good food can rejuvenate, so, Spalding says, can music. This is why she’s named the LP Songwrights Apothecary Lab and why each of the tracks is named “Formwela,” resembling “formula.”

As she continues to study these practices, Spalding is also learning about Reiki, a healing practice that relies on energy exchange and harmony (perhaps it was Reiki she was trying to achieve while walking the dog with her mom at five years old). In the end, though, for the artist, music is a constant friend, a lover even, that one paradoxically cannot hope to ever tie-down. No matter how much work, effort, thought, or renewed attempts. That’s what’s so great about it.

“No matter how hard you try, you can’t control it,” Spalding says. “You have to show up to it like an attendant. It doesn’t belong to anybody. It’s this lover that’s available to anyone, anywhere at all times and it gives you back what you give it. But the second you try to control it, manage it, or own it, it slips out and leaves you with a shell of itself. I love that! It’s the ultimate uncontainable spirit on this earth.” 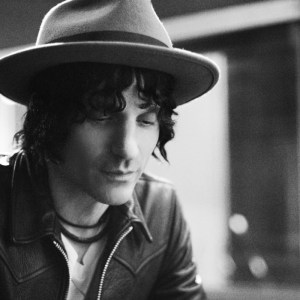 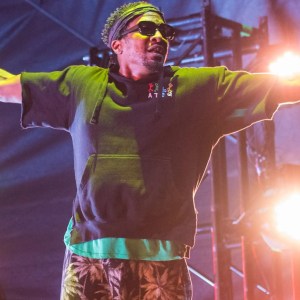