Ron Carter is an historic musical figure. According to the Guinness Book of World Records, Carter is, in fact, the most prolific jazz bass player in history, with the count currently notched at 2,221 recordings (though there are likely many more). Carter, who boasts two Grammy Awards, has recorded with A Tribe Called Quest, Miles Davis, Herbie Hancock, Wayne Shorter, Billy Joel, and a number of other big names in music.

He is also a teacher, a Professor Emeritus of the music department of City College of New York. Carter taught there for more than two decades. Speaking to the artist, it becomes clear that he is a no-nonsense person who demands clarity and precision from his band, students, or interviewers. As such, he can be an intimidating fellow, quick to offer his opinion, even if it’s got some bite.

But that is often all part of the experience when one talks to legends who have been creating art since the mid-50s. We caught up with the 84-year-old Carter to ask him about his entry into the music world, his original instrument (cello), switching to bass, what it was like playing with Q-Tip and A Tribe Called Quest, and much more.

American Songwriter: When did you first find music, when did it enter your world in a significant way at a young age?

Ron Carter: A teacher came into my third or fourth grade class with a table full of instruments and asked us which one did we like, because she was going to start an orchestra at this all-Black grade school, from kindergarten up to 8th [grade]. And she was going to have us play some good music. So, we picked something that we thought appealed to us and I picked the cello.

AS: Why do you think you picked the cello?

RC: I have no idea. I didn’t know anything else. All of them sounded pretty good and that just sounded like the best to me.

AS: Why did you switch to bass later in high school?

RC: I decided that the—the concept at the time was to invite certain schools with music programs to perform at the PTA meetings and NEA meetings and whatever meetings that needed some kind of background sound other than conversation of the meeting. And they would choose these schools to present their kids as an orchestra or as a choral group. And when they came to my school, they always asked a White kid. And I thought I play as good as they did; I couldn’t understand why I didn’t get a chance to play at these options.

I looked around one day and noticed that the bass player was graduating the following spring semester, which means there would be no bass player, and if I was the only bass player, they would have to call me. So, I sold my cello, got some money together, and started taking bass lessons and I was playing bass in the orchestra in January of 1955.

AS: What is it like for you to be able to read, interpret and memorize music quickly?

RC: I do it; I don’t give any thought to that part of the equation. It’s part of the responsibility to be a good player, certain things are required of you. I’m trying to meet those requirements every day.

AS: What do you enjoy about playing music?

Sometimes the piano is getting out of whack and if he doesn’t play, the only guy who has a chance to play the same pitch all the time is probably a good bass player. Every note he plays, announces the presence of his voice. It contains information for the other members of the band. The last thing, each note he or she plays is the dynamic this person presents. Each of my notes does all of those things. And that I’m called to do all these various projects, evidently the people who hire me understand that I present these options to them anytime I play. And that I give of them willingly and as greatly as I can for a salary that I think is reasonable.

AS: What do you remember about the time in which you played with A Tribe Called Quest for The Low End Theory?

RC: I was teaching at City College in New York at the time and I’m walking in from school with my bookbag and my thoughts of the day of teaching six hours to the college and the phone rings and this guy named Q-Tip, who I didn’t know who he was, and he explained to me who he was. He said was a member of a group called A Tribe Called Quest and they’re making a record date and they were interested in me being a part of it. He goes on to say that they knew some music and Charlie Mingus was one of his favorite people and they would like to have me participate in this record. I said, “Well I just got into school, I’m standing here with my bookbag in my hand and I need to sit down for a moment. Let me call you back after I sit and do what I wanted to do.” He said, ‘fine.’

So, I called one of my sons, who was more into the current music than I was at the time. And he said he’s part of a group called A Tribe Called Quest and I think that they’re the best musical band and you might have fun playing with them. So, I get back to him a couple of days later and said I had a talk with my boss and I think it’s a good idea, so what kind of conditions are we looking at? We talked about money and time and schedule and stuff like that.

I explained to him after this was all decided that while I’m not a fan of the music, I have heard enough of it, I have heard it to know that the language skills they say is not my genre’s favorite conversational topics. Nor are the words they use. So, if you guys can promise me that at least the tracks that I’m participating on to help you make music, they won’t have language that I find objectionable, we can do this. Having said that, I assure you that if I can park outside the studio with my motor running and ready to go back home quickly if the language gets beyond my preference, I don’t mind packing it up and seeing that sign that says exit and knowing what it means.

They said, “No, no, no, Mr. Carter, we’re okay.” I said fine. So we get to the studio, early as I always do. I get set up inside the control room because I wasn’t outside in the booth itself, I was in with the control board. There was a music stand and I could put the lyrics on there and I asked Q-Tip, or whoever was going to read it, I didn’t know who that was, to just read me the lines, so I can find if there’s a certain key involved. What’s the tenor of your voice, so to speak? What’s the range of your expressions, whether it’s high or low? You got a deep voice, you got a medium voice, are you screaming? What am I playing against or with?

He gave me a quick run-through and I said okay I can make that work. We did two takes and they thought it was pretty good. I said well if you think one more will do, let’s do another. We did probably three takes just because they wanted to be comfortable with the safety and all that stuff, which is not my personal preference. But that’s what the job required, that’s my job, to make it work. So, I packed up my bass, we shook hands, they gave me my check and it turns out that record, The Low End Theory, was considered the record of the decade of those kids.

AS: So, you were there for just a short period of time, those three takes, and that was it?

RC: Yeah, no more than an hour. At the most an hour.

AS: It’s becoming clear to me through our conversation and that story that autonomy and sovereignty are important to you. Can I ask why?

RC: I think I have a voice and if you call me for your project, you think that I can add my voice to whatever you’re presenting to me. I just want a chance to do that. One of the issues is people who do the hiring are not musicians in that they don’t have the language skills to tell me exactly what they want from me They leave me on my own. While that’s fun to say that, it’s not very much fun to do because I’m stabbing in the dark trying to find the pleasing note or concept or tempo or bass line that’s going to help their project, their song works better.

But they don’t know how to tell me what they want other than “not quite” or “can you play a little more blue or a little more green.” So, it gets pretty awkward sometimes at the level of frustration that often shows up when they, the client, is unable to say specifically what they want other than “let’s take one more time, take 27,” and that’s ridiculous.

AS: What about language? How is language important to you, musically or spoken?

RC: Well, unfortunately, the jazz community doesn’t have a specific language that we all agree on. For example, some people say a Flat 5 or some say a Sharp 4. Classical music has a language. Dolce or a tempo. Every classical musician knows the general meaning of that word. [But in jazz there are phrases like] “That guy’s a baaaaaad dude!”

Does that mean he’s very good or very bad? So the language skills—it’s just not uniform. It’s difficult to get a beat on the conversation unless you spend some time with this guy or gal to see how they interpret the use of that word, “He’s really a bad dude, man.” That means either he’s really great or I can’t stand him. And you talk long enough, you figure out which one they mean. Language is important to get the job done fast.

AS: Yes, pace and clarity also seem important to you. To not waste time.

RC: I found that the more takes that you take, the less enthusiastic the music becomes. And that’s really a graveyard of good songs.

AS: How about the future, how are you thinking about your future, personally or professionally?

RC: Well, I’m still a bass player. I’m still the only bass player in any band [I play in] and I look forward to trying to find the best notes that make the music do something that I think I like to have it do and will please the bandleader who has just hired me for one night or one week on his or her gig. I think now with the streaming and all that stuff, however that really works, it may make more music more available but the format itself makes the music not sound as sonically possibly attractive as it does when you have LPs.

RC: It allows me to help people. Nothing more complicated than that. 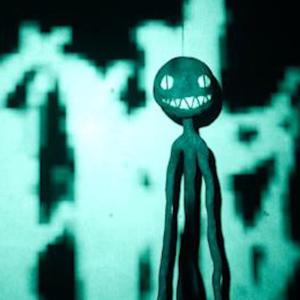