It’s no secret Nashville is a city with a rich history, yet there is more to the story than just music. Country duo Granville Automatic proves this to be true with the release of its latest album Radio Hymns. Set to release November 2, the album gives listeners a unique history lesson about Nashville.

From the story of Nashville’s founder trading off his wife to a famous murder trial, Radio Hymns is an enlightening journey from beginning to end. While some songs remain hopeful, others tell the darker parts of Nashville’s story.

Granville Automatic gave American Songwriter an inside look into the stories and places inspiring Radio Hymns. The duo even created a map showing the locations inspiring each track on the album.

“Summer Street” – Timothy Demonbreun was one of the earliest fur traders to settle in what would become Nashville. During the 1760s, he had various places of residence, including a house on top of an Indian mound and a cave on the Cumberland River. He managed two wives, one back home in Illinois and one he kept in Nashville. When his wife from Illinois came to the growing town, he traded the other wife off to his best friend to keep her close. His tavern was on Summer Street, now renamed Fifth Avenue.

“Black Avenue Gallows” – The last legal public hanging in town happened in the fall of 1865 on what is now the alley between 16th and 17th Avenues on Music Row. Four thieves held up the coach of the son of a city alderman in the lawlessness after the Civil War. A melee ensued, and the gentleman was shot. The four men were found hiding in a home on Jefferson Street. None would say who pulled the trigger. A military tribunal sentenced them all to death by hanging. A large crowd gathered to watch them die. One died instantly, three swayed for hours, slowly strangling. We discovered during our tenure at BMG Publishing that this happened in the parking lot of our writers’ building, between BMG and RCA Studio B.

“News of the World” – Ike Johnson was the showman bartender at the bar in the basement of the Southern Turf building on Printer’s Alley (now Skull’s Rainbow Room) in what was then known as the Gentlemen’s Quarter. A bachelor, he lived alone on the third floor. He made sure all of the poor boys selling papers had shoes during the cold winter, he carried drunkards to a bed, he literally “held the curtains” for Congressmen while prostitutes serviced them, and he kept many secrets for Belle Meade businessmen who gambled away thousands of dollars. Just before Prohibition, the building was purchased by the Nashville Banner newspaper. Ike was asked to leave. The paper’s editor visited him late one night in February 1916, the day before the paper was to move in. Ike said, “This life I’ve led, it’s not one to be remembered.” He was found in his apartment the next morning, dead of a self-inflicted gunshot wound. The paper ran a beautiful full-page obituary that week, despite Ike’s wishes to disappear into anonymity. Highballs and cocktails would not be officially legal in Nashville again until 1967.

“Marbles” – When Jimi Hendrix left the Army in 1962, he drove south of Fort Campbell to Nashville. He spent almost a year honing his chops in clubs along Jefferson Street like the Club Baron, the Stealaway, the Black Diamond and the Del Morocco. He carried his guitar with him in a plastic bag and his nickname was “Marbles”, because the locals believed he had lost them. Sadly, those clubs were mostly destroyed to build the Interstate 40-Jefferson Street interchange.

“Affairs of Honor” – Whether or not Andrew Jackson’s knew his soon-to-be-wife Rachel was married when they first met is the subject of much academic debate. Either way, the two fell in love immediately and eloped down the Natchez Trace. Rachel’s allegedly abusive first husband soon protested from Kentucky. A second, legal marriage was held for Rachel and Andrew in Nashville once a legal divorce was verified. The issue lay dormant until Andrew’s second bid for the presidency. His opponent found out about the double marriage, and used it to attack the populist candidate. Rachel was so distraught at the thought of costing her husband the presidency that she fell violently ill, dying of a heart attack in the weeks following his victory. Andrew went to the White House a widower, convinced his political enemies killed the love of his life.

“Treaty Oak” – There’s a neighborhood on the west side called The Nations. There, in 1783, city founder James Robertson signed a treaty with the native nations, effectively taking their land for American use. It happened under the shade of what became known as the “Treaty Oak”, now at 61st Street and Louisiana Avenue. Natives had recently killed James’ son, Peyton. The tree survived until it was hit by lightning in 1956.

“Radio Hymns” – Tom Ryman was a steamboat captain known for drinking, gambling and whoring prior to his decision to find God. Later, God called him to build the Union Gospel Tabernacle Church so the citizens of Nashville would always have a place to hear the word of the Lord. In time, the Fifth Avenue church became a concert venue, housing the Grand Ole Opry from 1943 to 1974. Over time, the building now known as The Ryman, fell into a state of disrepair. The city – and a surprising number of Opry members – called for its destruction. But in 1974, a passionate group of preservation groups and artists such as Emmylou Harris banded together to save the building from the wrecking ball.

“Adelicia” – Adelicia Acklen was considered an old maid at age 22 in 1839 when she was married off to the notorious slave trader Issac Franklin. Issac was the largest slave owner in the southern states, and owned numerous plantations in Louisiana (including Angola, which would become Angola Prison). Prior to the Civil War, the pair was in New Orleans when Issac suddenly died. It was the dead of summer, so Adelicia stuffed him in whiskey barrels to preserve his body on the long ride up the Natchez Trace back to Nashville for burial. With his death, she inherited the equivalent of one million dollars, 70,000 acres of land and 750 slaves. She remarried several times, and later built Belmont Mansion, which became Belmont University.

“Saint Bethlehem” – Gus Hyatt robbed a train at the Saint Bethlehem stop in Clarksville, Tennessee in 1897, killing the conductor. He was later sent to prison at the Tennessee State Prison. There, he spent years masterminding a grand prison break that involved shipping dynamite and guns into the prison. In 1902, he succeeded by blowing up one wall of the Gothic stone building, killing several inmates in the process. Gus escaped down the river. He was caught and shot dead in Oklahoma many years later.

“The House That Fell Down” – Today, 1111 16th Avenue South is Big Loud Shirt publishing, the Music Row home of many country radio success stories. In the early part of the 20th century, it was a stately mansion, one of the first built by gentrifying white settlers on land that had been a middle-class African-American neighborhood since the end of the Civil War. Jacob Schnell and his wife were so proud of the new home that they threw a huge party to celebrate their daughters’ entrance into society. Unfortunately (and likely due to the distrust of Germans prior to the First World War), nobody showed. Jacob was furious and he made his daughters promise to never leave the house, and to never take care of it. Lena and Bertha followed his orders, letting the grand mansion fall down around them. They had no heat or water, and both died in the house in the 1970s. It was torn down soon thereafter.

“Blood Medicine” – In the late 19th century, the Merchants House downtown housed a wholesale drug company on the third floor. This company created a very popular half-opium, half-alcohol concoction known as “blood medicine”. Across town at 51st and Charlotte Avenues in Sylvan Park, an antebellum home known as the Boyd-Douglas Mansion was sold by the daughters that inherited it. It became a home for opium addicts, later purchased by Saint Ann Catholic Church, who tore it down.

“The Barber’s Wife” – This is the story of Nashville’s most famous murder trial. In 1913, Anna Dotson received five days in jail for the murder of Charlie Cobb, the owner of Jackson’s Barbershop (located next to Union Station, where the Frist Center for the Visual Arts is now). Both parties were married to other people. Anna claimed insanity brought on by fear that Charlie was about to reveal the affair to Anna’s husband, a friend of his and respectable citizen of nearby Gallatin. In the end, Anna’s husband helped her avoid prison time, hiring the best attorneys in town. They remained married, and the sensational trial became a focal point for visiting suffragettes who wore yellow ribbons in their hair at the trial to show support for women’s rights.

“The Thing” – David Lipscomb, Church of Christ reverend and founder of Lipscomb Academy, did not believe in ghosts. His fellow reverend, Jesse Ferguson, did. In fact, Jesse felt so strongly that spirits were among us that he shocked his Church Street congregation one Sunday morning by announcing, “if you want to know what Heaven is like, just ask the spirits.” All chaos broke lose. His church was burned, and David cast him out of the Church of Christ as a traitor. Jesse escaped to New Orleans, where ghosts and spiritualists were more welcome. 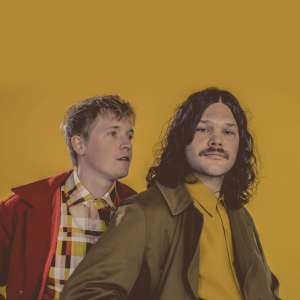 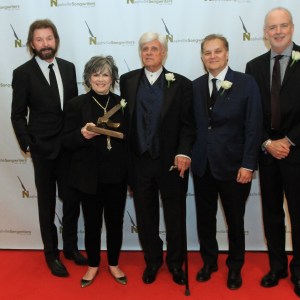