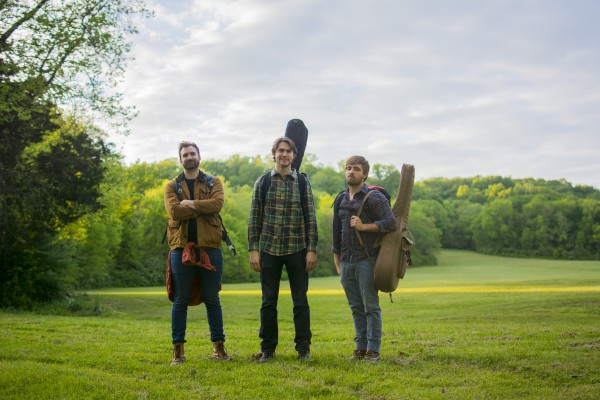 At approximately 3 o’clock yesterday I walked into Franklin’s Barber Shop in Manhattan and paid a 70-year-old Dominican gentleman $22 to trim the sides of my beard. It was the most unhomeless thing I had done in 28 days. On July 8, I joined fellow singer-songwriters Will Stevens, Benjamin Butler and Arts Fishing Club to embark on a four-month, 1600-mile walking tour from Portland, Maine down to Atlanta with plans to finish with a final show in Nashville on November 9th. We call ourselves The Walking Guys and I am in earnest – we are in fact completing our entire 50-show tour on foot. We’ve walked away from our houses, cars and dogs to spend a quarter of a year being mistaken for homeless dads pushing two heavy-duty, lime green baby strollers filled with sleeping bags, acoustic guitars and trail mix.

Benjamin had the wild idea to combine walking and music three years ago after doing some hiking on the good ole Appalachian trail and had been waiting for life to give him the green light, or until he finally got crazy enough – however you want to look at it. In time, life brought him the rest of us walking, folk-singing fools, and as we have spent the last month proving to ourselves as much as everyone else, we are in fact crazy enough. This July we all met up in Portland via flying or driving with family, drank a lot of coffee, played three shows and said our goodbyes. Since then, we have been on foot and living with nothing but the clothes on our backs… or in our strollers.

Now 310 miles, about seven blisters and nine strange living room floors from Portland, I am writing this in the Lobby of The Ace Hotel, New York, trying to save my voice before a series of three shows over the next two nights in East Village and Brooklyn. The bizarre manner in which we have chosen to travel has led to a very wide range of opportunities as far as gigs and places to crash for us first-time touring musicians. One of our strangest and therefore favorite gigs thus far took place at a New Hampshire biker bar managed by an eccentric fellow named Bill, but more famously known simply as “The Boss.” It’s not hard to remember to call Bill “The Boss” because he has a collection of top hats and a leather vest with silver lettering to remind you. The Boss also has a very long goatee braided very tightly like a charcoal pencil strapped to his chin.

Another exciting part of our daily routine on the walk is trying to determine where we are going to sleep each evening. It is not uncommon for us to experience darkness rolling in over some strange town none of us has ever heard of and still have no clue where we will lay down that night. Our default is to camp, which we normally have to do illegally since we stop in cities and towns. One night we slept in a state park in Fall River, Massachusetts and awoke to a park ranger who informed us he was surprised we had not been stabbed in the night because heroin addicts hang out there all the time. I reckon folks left us alone because when they saw four scraggly-headed wild men sleeping on the ground in a barricade of picnic tables, they probably assumed we were heroin addicts.

Perhaps the most rewarding part of The Walking Guys Tour is the musical experience. With plans to play more than 50 live shows – primarily in towns we’ve never been to, let alone know anyone – I have already shared my music with more strangers this month than I had my entire life before the tour. My favorite tour moment occurred this week when I was sitting in Greenwich Village – in the middle of leading myself on a “places Bob Dylan hung out tour” – and I received a text from one of the guys that we’d just been added to the lineup for Philadelphia Folk Festival alongside the likes of Arlo Guthrie, Lyle Lovett and Shakey Graves. There is no chance any of us would have such opportunities if we weren’t such weird guys who voluntarily walk from gig to gig.

The live performances and the array of venues are challenging and growing us both musically and in our interactions with people. We have found that because we are doing something unusual, people notice us. And because we are doing something simple that allows us to follow our dreams, people like us. The greatest pleasure for us has certainly been to receive incredible generosity from strangers. In addition to countless couches and floors to sleep on, we’ve been given everything from bottle-opening rings from a bartender in Salem to a $100 bill from a tourist in Montauk. We’ve spent almost a week with a mom we met on the street in Newport and a night with a family we met in a restaurant we were walking past on Long Island.

There is no doubt we would fail at this endeavor without the generosity of strangers, and it sure as heck wouldn’t be as fun because people are what make life great. We are excited to keep walking, singing our songs and discovering new reasons to encourage our kids to talk to strangers (as soon as they’ve grown up and have learned karate of course). 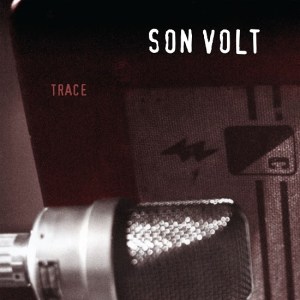 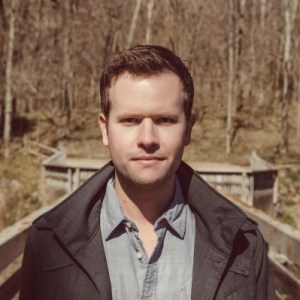