“I think I’ve been trying to decompress for my whole life,” says Lilly Hiatt. Back home in Eastern Nashville, it’s not long before Hiatt is back on the road again this spring supporting her fourth studio album. At the moment, she’s winding down (sort of) and still working—rehearsing the new songs with her touring band, and getting ready to present Walking Proof (New West Records), out March 27, to the world.

Her follow up to 2017’s Trinity Lane, Hiatt finds some solace in her vulnerability and old-school country roots through Walking Proof‘s 11 songs, including the album’s title track where she opens up I could tell you that it’s easy / But that wouldn’t be the truth / If you ever need to call me / Well, you know, there’s walking proof. “That song goes through my life in a way, which has been a lot on foot, life in general,” says Hiatt. “It just kind of came out. I said ‘Walking Proof’ when I was singing it, and it made sense to me. It’s not quite living proof but you’re getting there. You’re moving.”

Produced by former Cage The Elephant guitarist Lincoln Parish (Lucinda Williams), Hiatt pulled in some special guests, including Amanda Shires on vocals and fiddle on the “Walking Proof” and “Drawl,” Luke Schneider on pedal steel guitar on “Move,” and Aaron Lee Tasjan, playing guitar on “Little Believer,” an vocals on “Never Play Guitar.”

American singer-songwriter John Hiatt also worked on one of her albums for the first time, lending vocals on “Some Kind Of Drug.” Both previously covered one another song’s for a special Record Store Day release in 2019—she took on his “You Must Go,” off 1995’s Walk On, while he covered Trinity Lane‘s “All Kinds of People.”

“I had to have him sing on that,” she says. “He needs to be on here. He’s almost ghostly in the mix. That was his place in the song for me. He came over, I gave him an idea and he just went for it. It was a pretty good day.”

Following her dad’s lead again on Walking Proof opener “Rae,” she presents a sentimental track about her sister, the second written within the Hiatt family since her dad also penned 1988’s “George Rae” about his other daughter. “She’s probably tired of us all talking about here,” jokes Hiatt.

Far removed from debut, 2012’s Let Down and the more contemplative Trinity Lane where Hiatt exposed a bad breakup, here struggles with addiction, and the death of her mother, who committed suicide when she was very young, Walking Proof is finds a more confident artist, one who has survived it all. “It’s a different time from when I was writing Let Down,” she says. “There are different voices in my head now more than ever. So to protect that space takes more effort. But also my craft has gotten better, because I’ve diligently written for years.

When it comes to songwriting, she also doesn’t labor over the process too much these days. “When I have something to say, it’s a burning thing that I literally stop the shower and run out—not really a song, necessarily but a thing,” says Hiatt. “Sometimes it happens like that, then it can be a slower thing where ‘oh I have a lot pent up and I need to write.’ Sometimes it’s a fully formed song in two minutes and other times it’s like ‘hey the bones are there, I’ll come back to this the next day and perfect it a little more.’”

Hiatt adds, “It’s just making sure to don’t scare away your muse, whatever that means. I’m really protective over that, not in precious way but just in a way that I know she’s there. She comes and goes. But sometimes to tap into that you have to create a bit of quiet in one way or the other in your mind.”

Raised in Nashville, Hiatt says the city still lights a fire within in. “It pulls a lot out of me,” she shares. “The thing I love about Nashville, is that it’s unpredictable in a way to me, and it has always felt that way. I never know what it’s going to feel like at any given moment. It’s rapidly restructuring, but the bones are there and the soul is there, and it always will be there.”

Hiatt says the city keeps her on her toes, but she can stop and admire its beauty—not so much the glitz and glamour of Music City but the “heartbeat of the city” and the creativity that exudes from it.

“I love Nashville because it kicks my ass repeatedly,” Hiatt says, “but in a beautifully warm-hearted way.” 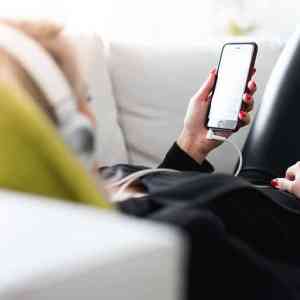 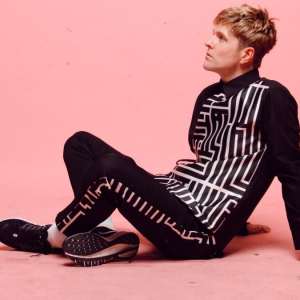