Cult indie-rock band Guided By Voices is set to release an album of hard-to-find deep dives from their past works.

Titled Scalping the Guru, the 20-track project will feature select tracks from four of the band’s EPs —Static Airplane Jive (1993), Get Out of My Stations (1994), Fast Japanese Spin Cycle(1994), and Clown Prince of the Menthol Trailer(1994)—from 1993 to 1994 before the band’s major label success. Collected and arranged by frontman and singer-songwriter Robert Pollard, the songs will play like one cohesive work.

The Dayton, Ohio-formed band got their start in the early ’80s playing bars and independently releasing their music in very limited quantities. It wasn’t until their 1992 release, Propeller, that Guided By Voices gained recognition outside of their Ohio hometown on the college rock circuits.

Around this time, the band’s lineup was in constant flux with a core set of members that included Pollard, guitarists Tobin Sprout and Mitch Mitchell, bassist Greg Demos, and drummer Kevin Fennell.

In the late ’90s, the band began to record with major labels. Their unique sound—brief songs with abrupt endings intertwined with homemade sound effects—had gained them a dedicated cult following.

The band called it quits in 2004 with a reunion of the classic lineup from 2010 to 2014. Pollard rebooted Guided By Voices with an all-new lineup in 2016, an outfit that has been releasing music and performing live for its committed fans ever since. They released their 35th album, Crystal Nuns Cathedral, early this year.

Essential for lovers of the band’s mid-’90s LPs—Vampire On Titus and Bee Thousand—the archival Scalping the Guru is set for an Oct. 28 release. 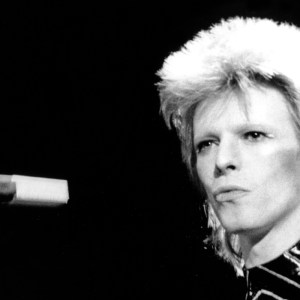