Gwen Stefani is “in this in-between place” again. It’s a common phase in life, a crossroads where everyone, sooner or later, much confront their ever-shifting identity and place in the world. In conversation with Zane Lowe, the top-tier pop songwriter expresses how her new song “Slow Clap,” only her second-ever co-write with Ross Golan (Charlie Puth, Demi Lovato) and Luke Nikolai, juggles questions like: “What am I supposed to be doing? Who am I? Do I mean anything?”

Set the rule and I’ll defy it / You’ll be angry, I’ll be quiet / You’ll be purple, I’m the violet, she sings over a slinky bass groove. Take a ride ’cause I’m the co-pilot / I’m the ice cream, you’re just the diet.

Working with Golan finds the veteran artist uncovering a different layer to herself. “[Ross is] so talented, and because I have all these different genres that I’ve bounced in, I don’t even know where I need to be, or what someone would want from me,” says Stefani, who had just left a meeting with Interscope to strategize the next release.

“They were so loving and so kind to me in the meeting,” she says. She left and “felt really good” about her creative prospects. “I was in Oklahoma at the ranch and walked into a little cabin that we live in there and opened my computer,” she recalls. “Ross and Luke and I wanted to write this sad love song. And [Ross] was like, ‘No, you don’t need to go back and talk about that anymore. Nobody wants to hear about that anymore.'”

Early one morning, Golan awoke to “this crazy weird idea,” sang it into his phone, and then went back to bed. The title “Slow Clap” was burrowed in his head, and he knew it had huge potential. “He was like, ‘It’s kind of like all those movies from the ’80s where you get clapped back to life. Like yes, you’re not the underdog. You’re an awesome person,'” shares Stefani. “And I feel like it’s that thing that happens to us through our life. It starts in high school where you feel like you don’t fit in, and then sometimes your weirdness actually is what makes you so special.”

“Slow Clap” follows last year’s “Let Me Reintroduce Myself,” another Golan/Nikolai co-write, and samples a forthcoming studio record. Originally, Stefani laid plans for a singer-songwriter record of deep “seventies… reflection,” but the process led her in an entirely contrasting direction.

“I thought I was done,” she remarks. However, Stefani got to thinking about Interscope Records co-founder Jimmy Iovine and lessons he passed to her. “Jimmy always taught me it’s not done til you’re done, til it comes out. [He] was the guy that did all my music with me,” she says. Instead, she’s allowed herself to follow the music and new collaborations, including a recent Zoom session with Ryan Tedder.

“He’s so talented and so smart, and it’s rare that you meet someone that’s actually talented and creative — but also super smart with the world. I could talk to him all day long,” she shares. “Normally, I would write [the song] down or put it on my computer, the lyrics or whatever. “

But this songwriting session, Stefani’s first with Tedder, was very different. Tedder would sing back each line of the song, compiling “the demo as we go, and then I’ll drive home with his voice,” she says. “It’s interesting because every song that you write, it affects the whole overall album. And not a lot of people are making albums these days, because people are just putting songs out.”

In addition to new music, Stefani is on the edge of another milestone. 2022 marks the very beginning of her musical career: the 30th anniversary of No Doubt’s eponymous debut record. If fans could expect a reunion of some sort, well, Stefani isn’t too sure. “When you’re writing new music, [you] reflect on everything that you’ve done. For sure, [it is] surreal to think that that happened so long ago. I have no idea what the future holds with that. You know what I mean? It’s impossible.” 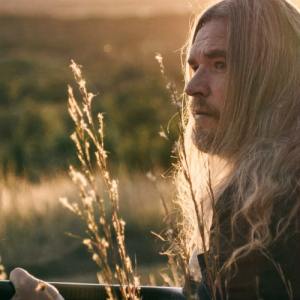 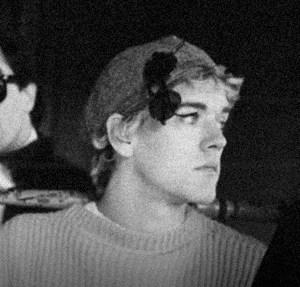