On March 12, 1991, R.E.M. released one of the most cardinal albums of their career. Precursing Nirvana’s Nevermind by several months, Out of Time was indicative of the times, the ensuing ’90s, and a specific era, stylistically and sonically, for R.E.M. In conversation with Matt Wilkinson of Apple Music Hits on March 12, Michael Stipe and Mike Mills talk about the album that changed everything for R.E.M. and its ultimate legacy, 30 years later.

“You do something, it becomes a part of your DNA,” says Stipe. “We worked so hard and so long on those songs and the lyrics and figuring out the melodies and then figuring out how everything’s going to go together. You step away from it, and you don’t really look back.”

The album’s biggest track “Losing My Religion” was something bigger than the band had ever contemplated at the time. “I’m getting chill bumps just thinking about it now because there was so much joy,” says Mills. “By starting that song and playing that song, you’ve made so many people so very happy that it was just a pleasure to do it. To be able to raise everyone’s energy level and enjoyment level that much, it’s still thrilling to think about.”

That song was an elevation, says Stipe. It was the center of attention. “You felt it before you saw it,” he says. “The energy coming off of an audience, a large audience in an outdoor arena, with the first notes, those first da, da, da, da, da and the place would just explode with energy… It was the biggest shot in the arm. The biggest jolt of adrenaline. The most powerful feeling that I think I’ve ever felt.”

Initially, the band never expected the song to blow up as much as it did. “As we’ve said, it’s a five-minute song with no discernible chorus, and the mandolin is the lead instrument,” says Mills. “There is absolutely no way to ever predict that that would be a hit. So, you just throw it out there.”

Then the band presented Stipe with “Shiny Happy People.”

“The band had just presented me with this really kind of dumb piece of music,” says Stipe. “I was like.. ‘you’re giving me that to write, too? Check this s—t out.’ And then we never looked back.”

Ripping his wardrobe apart to find an outfit to match the glamorous presence of The B-52s’ Kate Pierson, Stipe pulled out a cheap lime green suit he had bought in London years earlier, which he coupled with a lime green cap… worn backwards.

“It was supposed to cover the fact that I was losing my hair, which it didn’t do a good job of,” says Stipe. “I came back to the video shoot, 25 minutes later, dressed basically as a human lime, and I was able to then contrast Kate’s fabulousness. It brought the video and the song to a whole other level.” 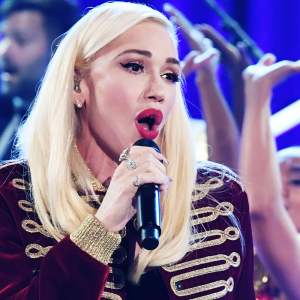 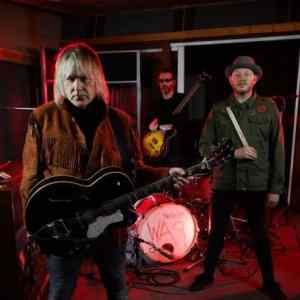