Halsey always keeps her fans guessing. On Wednesday (July 7), the provocative, boundary-pushing pop artist revealed the artwork to her forthcoming fourth studio record, titled If I Can’t Have Love, I Want Power, displaying her in regal attire worthy of royalty.

In a visual component, Halsey weaves her way through the lush halls of The Metropolitan Museum of Art, located on Fifth Avenue in New York City, as she peers at various paintings, many of which depict young mothers and newborn children, including “Bohemian Painter.”

Halsey eventually makes her way to the grand finale at the bottom of a grand staircase. There, she removes a large maroon fabric to reveal her own very special artwork underneath—the album cover featuring the singer-songwriter perched on her illustrious golden throne, with a baby balanced perfectly on her knee.

“This album is a concept album about the joys and horrors of pregnancy and childbirth. It was very important to me that the cover art conveyed the sentiment of my journey over the past few months,” Halsey captions on Instagram. “The dichotomy of the Madonna and the Whore. The idea that me as a sexual being and my body as a vessel and gift to my child are two concepts that can co-exist peacefully and powerfully. My body has belonged to the world in many different ways the past few years, and this image is my means of reclaiming my autonomy and establishing my pride and strength as a life force for my human being.

“This cover image celebrates pregnant and postpartum bodies as something beautiful, to be admired,” she adds. “We have a long way to go with eradicating the social stigma around bodies & breastfeeding. I hope this can be a step in the right direction.”

If I Can’t Have Love, I Want Power, the follow-up to last year’s Manic, is produced by Trent Reznor And Atticus Ross and arrives August 27. 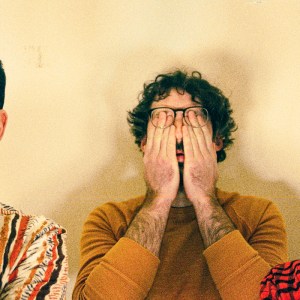 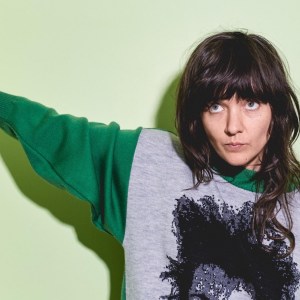