For Amelia Presley, that advice is proving to be both liberating and terrifying. Still maintaining her role as half of the musical duo the Highway Sisters, Presley has branched out on her own for a new song “Harm Nobody Else” and American Songwriter is proud to partner with her for the track’s world premiere.

It doesn’t take long to understand why Presley wanted to go it alone as these four minutes and forty seconds are the four minutes and forty seconds she’s been both waiting for and running from her entire life. “Harm Nobody Else” is Presley’s attempt at addressing the ungodly weight and mental torment of thirteen years of physical and emotional abuse she suffered at the hands of her stepmother growing up.

With a bluesy and soulful sound armed with extraordinarily detailed lyrics sharpened for accuracy, make no mistake this is the sound of a phoenix rising, breaking its chains and shedding its shackles along the way.

“It’s hard to pinpoint exactly why I felt the need to write “Harm Nobody Else” because when I wrote it, I wasn’t at a place in my life when I was able to actually connect with the emotions associated with the abuse,” she says.

“I felt like as an adult, I learned to overcome so much. I made it through abusive relationships and decided not to put up with that type of treatment anymore. I joined the military and overcame sexual harassment and abuse.  I became a very tough person on the outside. The Commanding Officer at my first unit referred to me as ‘stoic.’  I gained a reputation as someone who could take anything. I was thought of as strong, and I believed that I finally was.  The truth is that I had just learned to take any type of abuse that happened to me and bury it under a tough persona.  Admitting that anyone had ever abused me as a child or as an adult was not a thought that ever even crossed my mind.”

While Presley fought through the mental anguish and horrible memories to write the song, performing it live was another thing because when she did, her attacker was staring back at her from the audience.

“I actually performed the song live for the first time at the Mississippi Songwriters Festival.  My abuser, the woman who legally adopted me at nine years old, was in the audience with her new husband showing the world how seemingly supportive she was.  Before playing the song, I explained to the crowd that I wrote it to spread awareness against abuse.  I didn’t reveal that the song was my own story. I couldn’t look her in the eyes as I explained the false truth of why I wrote “Harm Nobody Else”, but at a certain point in the song I looked her straight in the eyes and sang the words.”

If that isn’t confronting your attacker, then I don’t know what is. While the memories of her youth haven’t faded for Presley, truth is she didn’t expect them to. Some evil can never be erased however it can be turned and used against itself. In the case of Amelia Presley, she only hopes anyone who shares the same sort of history hears her message.

“I want anyone who’s been through any type of abuse, no matter the type or amount to know this: You didn’t ask for the cards you were dealt. It’s time to pass them back to the dealer. Your abuser will more than likely never accept the blame, but that does not mean that you have to hold onto it. The blame is not YOURS. The shame is not YOURS. THIS IS NOT YOUR SECRET.”

Amelia Presley · Harm Nobody Else 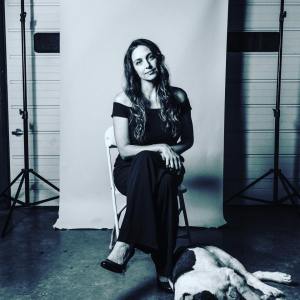 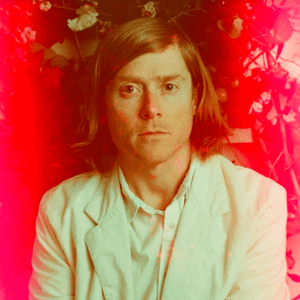